Cute kids and cuddly creatures were among the devices used to make 30 expensive seconds worthwhile.

Many years ago, I excitedly showed the first ad I had a part in creating to a grizzled agency veteran. He didn’t react with the expected enthusiasm, instead drily observing that "millions of people are going to see that and they’ll never get back the 30 seconds of their lives it’ll rob them of".

Perhaps seeing my rather crestfallen expression, he breezily added: "But don’t worry, everyone will forget it as soon as they see it so it won’t do any lasting damage."

He was right. The ad sank without trace and much research has shown how good people are at filtering out aural and visual pollution (ie most advertising) that isn’t interesting to them.

We also now know that advertising largely works without requiring any conscious processing of the "message" at all.

This at least should reassure advertisers who spent millions of pounds and countless irretrievable hours crafting masterpieces that less than half of respondents remember seeing even when forced to watch it for a survey. This despite using tricks as varied as celebrities (BT and Asda), cute kids (Nationwide), national stereotypes (Barclaycard), a sweet toy creature (EDF Energy), iconic sportspeople (Nike) and an actor dressed as the brand (Admiral).

The ads will probably work anyway, by ever so slightly topping up the salience required for the brand to come to mind at that fleeting moment when someone actually needs something like it.

Hidden in the data will be brands that achieved their place through brute force of spend (imagine what you’d have achieved with a good ad!) and others that overperformed their share of voice (you should have spent more, you fools!).

But not at all hidden is a message for us all: must do better. It doesn’t seem unreasonable to offer people something memorable to watch in return for 30 seconds of their lives they’ll never get back. 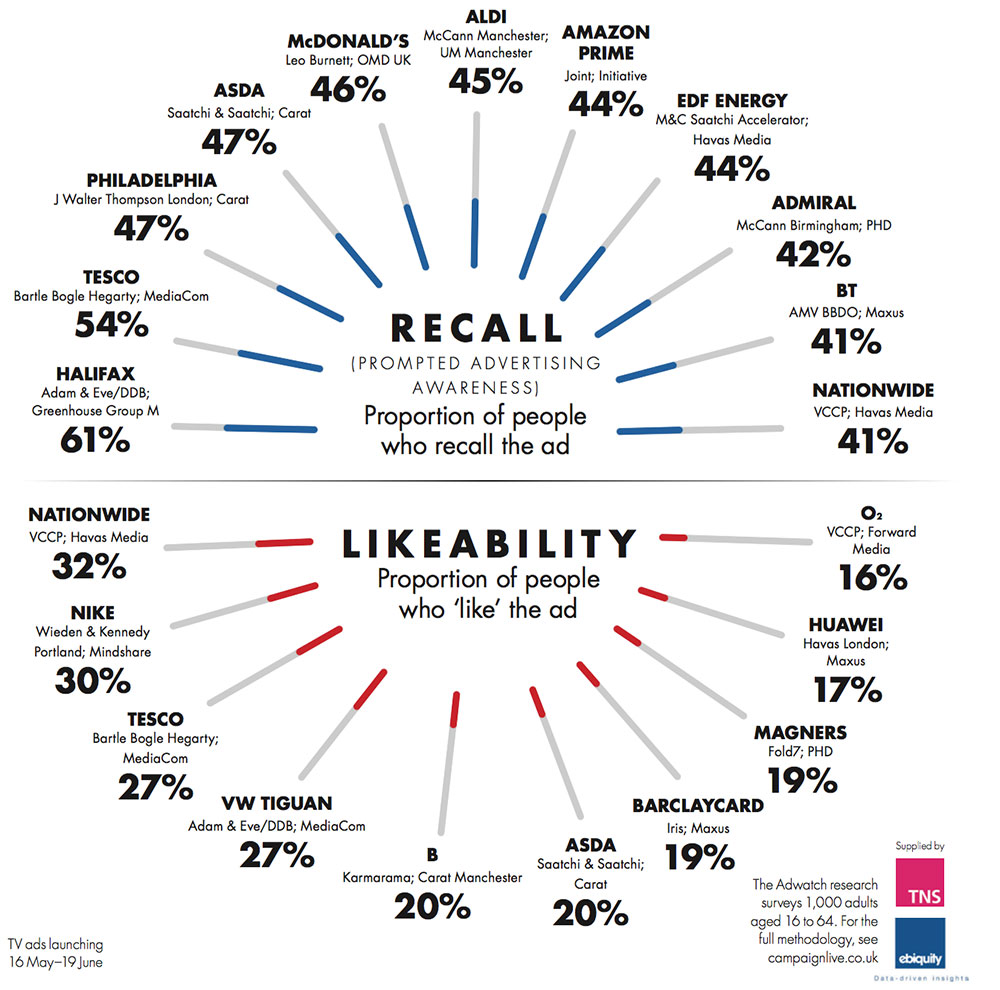