We may not realise it but the human brain processes sound at a higher speed than any of its other senses, making it a visceral shortcut to comprehension.

Research has shown that the human brain only needs 146msecs to react to sound. This is faster than touch (149 msecs), sight (189msecs) and taste (500 msecs), said Joel Beckerman, composer and founder of Man Made Music.

"In horror films, the scare scene only works if you put the sound just after the visual imagery. Because sound will give the surprise away, it's too fast," he said. 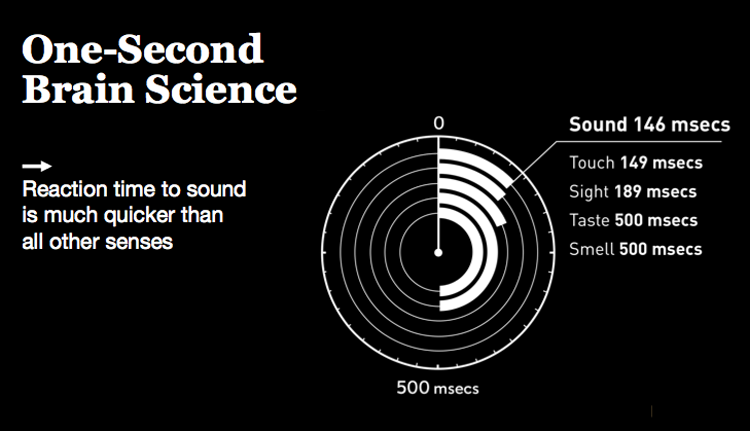 Beckerman was speaking at a workshop event organised by brand and experience consultancy, Prophet, yesterday.

"Sonic is the next frontier of experience design. It's focused, visceral, interactive and efficient.  Whether we realise it or not every moment of our lives is scored by music and sound," Beckerman said.

When shooting an ad, or a short film, a director can impregnate the video with far more meaning with sound than if he used pure visuals.

"There are semiotics to sound. Strings convey warmth and scale, trumpets sound triumphant and so on," Beckerman said. "Take the BBC News opening theme as an example. What can you pick out? There is urgency in the rhythm, a degree of importance of the announcement in the trumpets and scale with the strings."

Themeparks too use sound to give you a sense of place, of a theme and a mood for each sector, he added. "It's also functional, it masks sounds from the other parts of the park."

Beyond creating a great user experience, sound can actually be used to help people learn to use a product faster, Beckerman said.

"By mirroring experiences we have in an analogue world, the sounds a device makes triggers behaviours that help users use it better," he added. 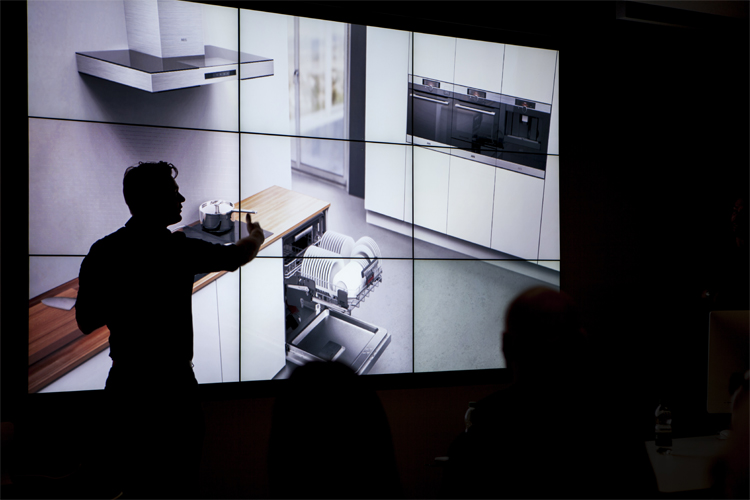 Gardner described how important it was for AEG to "get the right click".

"There is a team dedicated to dials. Obsessed with getting the right feel and the right click," Gardner said.

Theoretically, it was possible to have all controls be touch-pad operated, and dials can operate without clicks. "But the customer likes to feel in control and a satisfying dial contributes to that feeling of precision."

With the connected home in the offing, device manufacturers have an impulse to make every appliance tweet, beep, sing and talk. This, Beckerman said, is a bad idea.

"Quiet and silence are just as important as sound. Design needs whitespace. And sound needs silence," he said.

Hospitals in the US are currently facing a problem where too many devices raise alarms that may not be useful to caregivers. "Someone could be crashing, or a cable may be loose. Plus, this sonic trash is stressful to patients. We've [Man Made Music] committed to help solve alarm fatigue by 2022," Beckerman said.

By eliminating unnecessary sounds, caregivers are less likely to tune out alarms that matter and patients are happier. "This could save lives," he said.

Is your brand's voice, male, female, human or mineral?

Is your brand's voice, male, female, human or mineral?