But the review pace has not shown signs of such rapid decrease.

Creative agencies in America are struggling for new business as year-to-date value decreases 27 percent, according to R3 Worldwide.

The consultancy group’s October new business league shows Mother topping out the month for U.S. with an estimated overall annual revenue of $42 million and recent wins including TripAdvisor, Roc Beauty and an Instagram project. Finishing in second is MullenLowe, with an estimated year-to-date overall revenue of $35.4 million and new business snags from Bayer, TaxActs and Avis. Ogilvy trails in third.

Meanwhile, on the global creative front, Ogilvy takes home the biggest piece of pie with an estimated year-to-date overall revenue of $143.2 million, aided by wins from Kimberly-Clark and Milka. DDB closes out October in second with State Farm and Lucozade wins, while Havas Worldwide takes third place after suffering the loss of Brown-Forman’s Jack Daniel’s.

Omnicom’s The Marketing Arm also moved into the top 20 on the back of its State Farm win.

"The review pace hasn’t slowed as rapidly as value – and this is the challenge for all creative agencies" said Greg Paull , principal of R3, adding that pitch volume is down 10 percent compared to this time last year. "It means more and more chasing smaller bits of the pie this year."

While Horizon leads the media way, Omnicom’s agencies are closing fast, with the Disney win pushing the bespoke OMG23 entity into the top 10. PHD also moved up through a combination of strong wins. 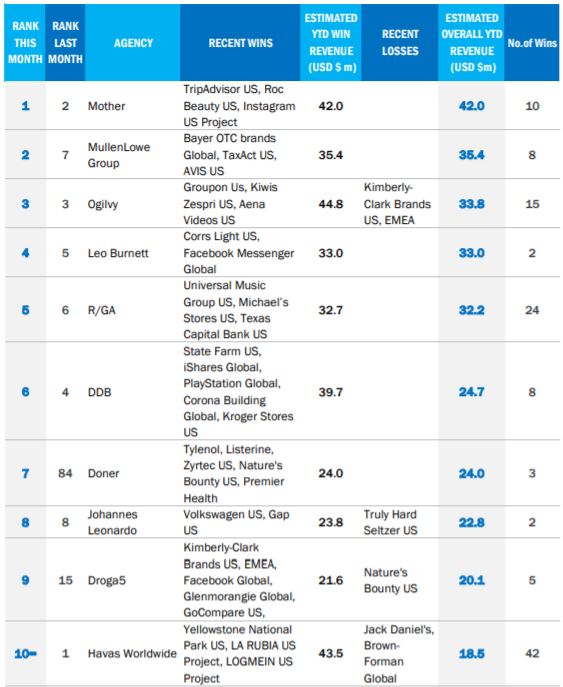 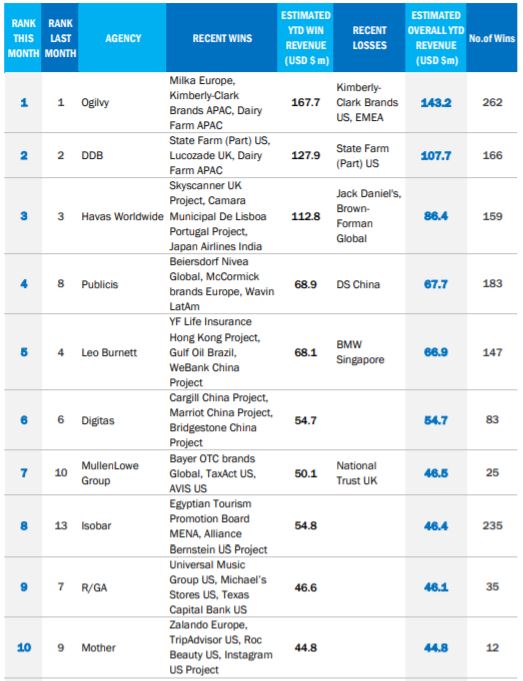 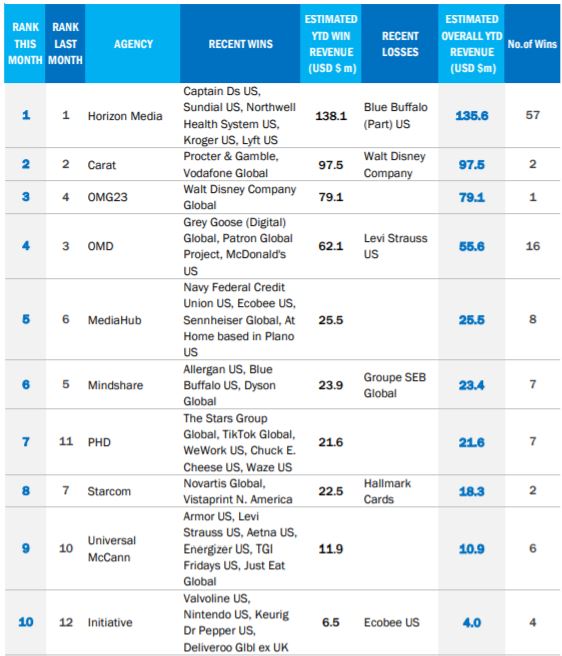 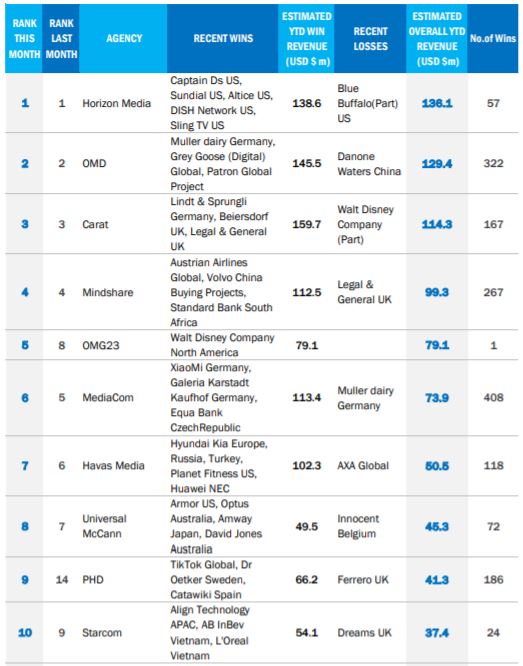 Creative and digital reviews down in 2019