The U.S. ad spend market is continuing its impressive rebound as the economy recovers from the depths of the pandemic.

GroupM predicts U.S. ad spend will increase 22.7% in 2021, revising its projections upwards from a June prediction of 17.3% growth, in its latest forecast released on Monday.

Meanwhile Zenith says in its global forecast, also released Monday, that the U.S. will add $80 billion dollars to the global advertising market by 2024, representing 48% of all global ad spend growth during the period.

This strong growth is coming from new advertisers joining the economy, including small businesses that are spending more on marketing, advertisers in China reaching overseas audiences and digital endemic businesses such as apps, said Brian Wieser, global president of business intelligence at GroupM.

This growth is reflected in the revenue gains of Facebook, Google and Amazon in the past year, which, according to GroupM, now make up 50% of the global advertising market. 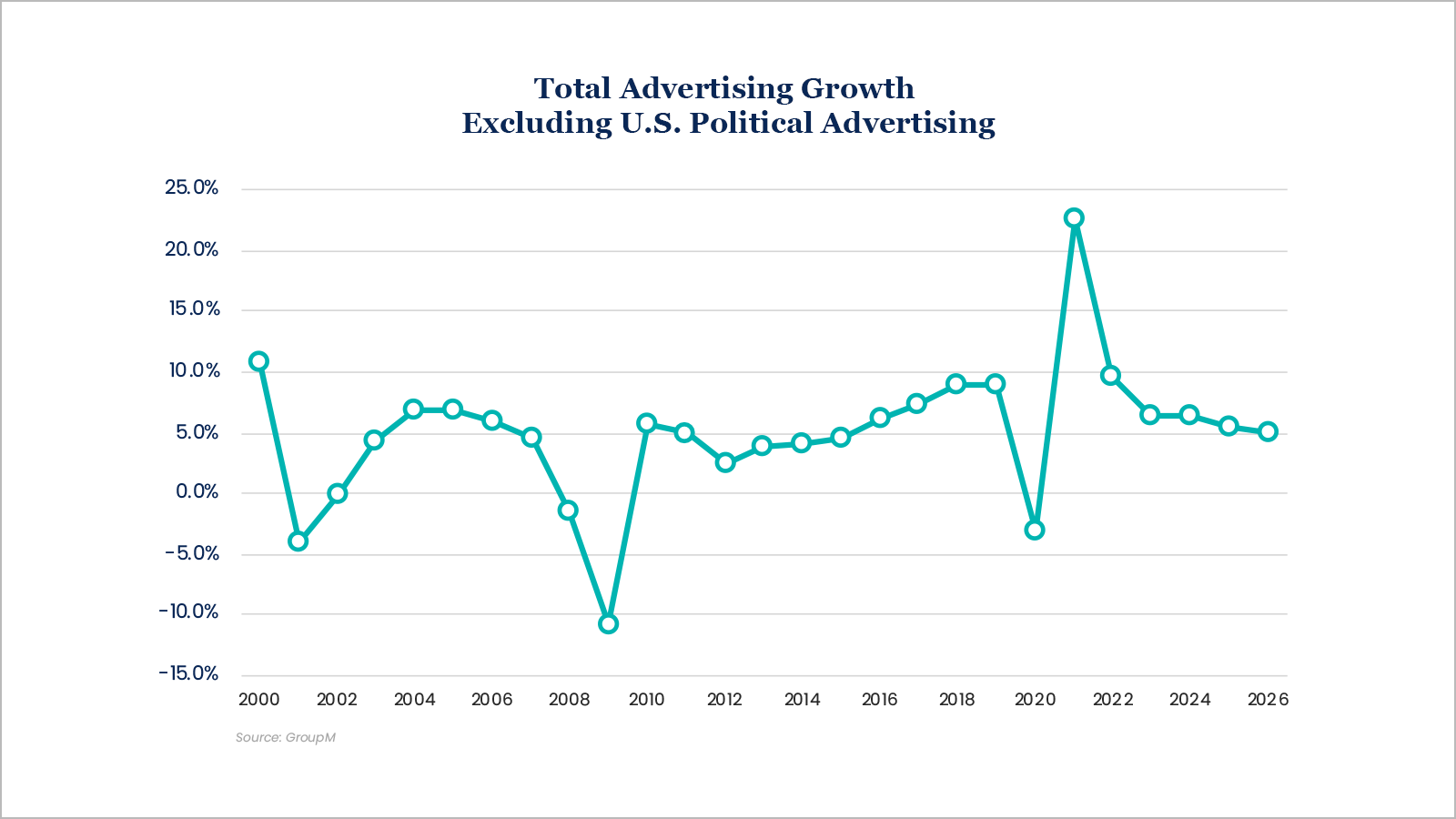 Growth in the U.S. ad market continues amid rising inflation, which is predicted to hit as high as 4% in 2021 and 2022, and ongoing supply chain challenges. Inflation can actually benefit advertisers that are able to pass along costs to their consumers.

“Most marketers budget advertising as a percentage of revenue. If revenue goes up from higher prices, you probably are budgeting more for advertising,” Wieser explained. “In an inflationary environment where input costs are higher, brands need to continue to justify why they are worth the premium.”

Another trend unique to the U.S. is the level of investment in streaming services, which is pushing media consumption habits to shift faster in the country than the rest of the world. Streaming makes up 24% of TV consumption in the U.S., up from 19% in 2020, and this trend is expected to take off more robustly around the globe.

“The scale of investment from U.S. conglomerates in the media industry is significant,” Wieser said. “They are investing against a global opportunity. You don't see that in other markets.”

That means large marketers, which are still allocating a disproportionate amount of their budgets (more than half on average) to linear TV, must adapt their strategies as consumer habits shift.

“Large brands have the ability to use TV. That's why they do,” Wieser said. “Smaller marketers can't afford it.”

Growth in the U.S. comes on the back of robust global growth. GroupM predicts the global ad market will grow 22.5%, up from its June forecast of 15.6%. And Zenith says global ad spend will grow 19.2% this year to hit $705 billion, up from an 11.2% prediction in July.