Anti-slavery charity Unseen has launched a campaign in an attempt to save its modern slavery helpline, which is threatened with closure as a result of "political uncertainty".

Created by Aesop, "#UnseenStories" uses a "story-in-story" technique to expose lies told by people in order to lure them into slavery.

The out-of-home and social media activity has appeared around the UK, with bright green projections lighting up homes across the charity’s native Bristol.

Real experiences of people who survived modern slavery in the UK are also being shared on social media via the hashtag #UnseenStories. 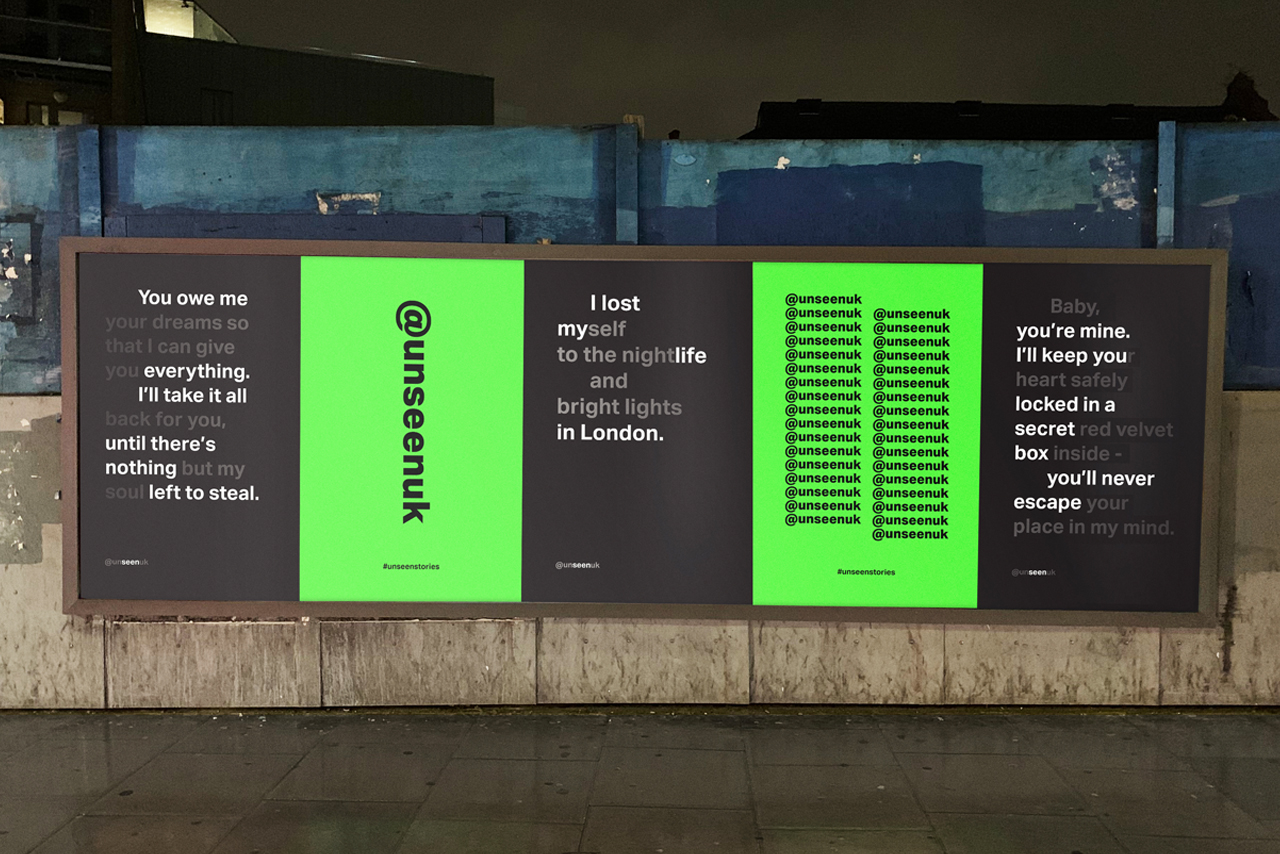 This comes alongside calls for the public to change their social media profiile pictures to bright green ahead of Anti-Slavery Day on 18 October in solidarity to victims.

Andrew Wallis, chief executive of Unseen, said: "Without the modern slavery helpline, thousands of men, women and children across the UK will remain enslaved and unseen.

"For thousands of people trapped in slavery, our helpline is the only way out. If the lines go dead, hope will die with them.

"We hope the '#UnseenStories' campaign will remind people that there are thousands of victims of modern slavery, often hidden in plain sight, that need their help and will support us by donating and showing solidarity by changing their social media to fluoro-green."

Through the campaign, Unseen hopes to raise £800,000 for the helpline, which has helped to identify more than 15,000 slave victims since its inception in 2016.

According to a 2014 report from the Home Office, there are believed to be tens of thousands of potential victims of modern slavery in the UK, most of whom in London, with Romanian nationals comprising the largest group. 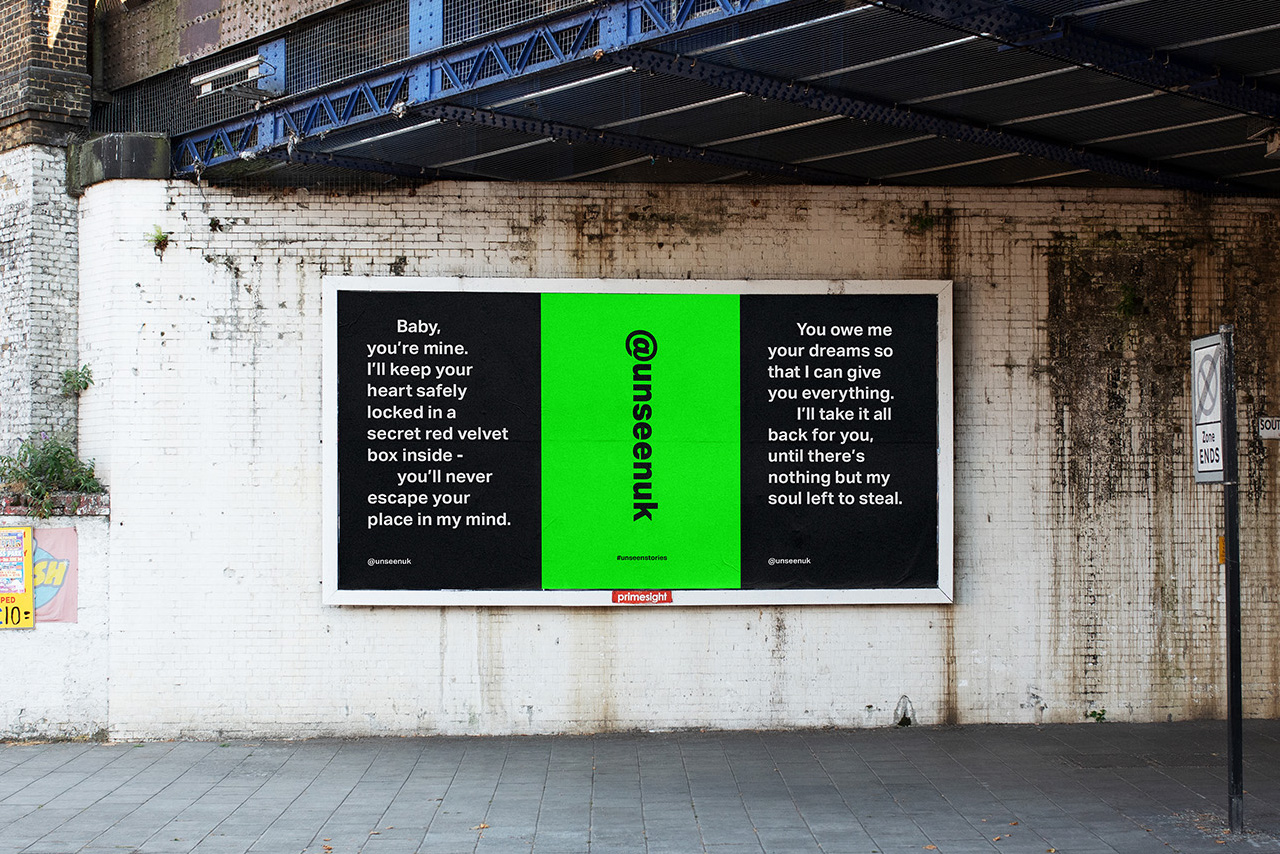 7,100 suspected victims of modern slavery were identified across the UK alone.

However, in spite of the charity’s efforts, Unseen claims that political uncertainty has caused a fall in funding, putting the hotline in peril.

Nick Dutnall, managing partner at Aesop, said: "Ever since we heard about the work done by Unseen, we’ve been keen to get involved. The victims of modern day slavery don’t often get to tell their story, so we wanted to do it for them. Shining a light on to this issue is an absolute must and we’re really proud of the '#UnseenStories' campaign."

The work was created by Paul Zeidler and Jonty Harbinson.

Movember "Whatever you grow will save a bro" by Matta