Norm Johnston has been in the digital marketing game since 1995, but he's never endured a more arduous time as the industry continues to grapple with brand safety, transparency and trust.

But it’s these very issues which are making major companies flock to the video ad-tech firm, which was acquired by News UK (part of Rupert Murdoch’s News Corporation -- the name behind brands like The Sun, Dow Jones and Storyful) in 2015.

"It’s depressing that it’s come to this," said Johnston, who joined Unruly earlier this year after a decade at Mindshare. "This is not why I got into the industry.

"There’s been a lot of pressing the pause button [on advertising] because of the issues that happened last year. You’re talking about really big blue-chip companies that realize where their money was being spent and how it’s being spent… I think it’s been a blessing for us -- really good news for us and publishers, but overall it depresses me."

Unruly’s now "seeing significant growth" in spend from these brands, the names of which he did not disclose. "They’re the companies you see in the press making noises around their frustrations with the marketplace and their need for greater brand safety and verification," he said.

He plans to steer his ship through these stormy weathers with two weapons in his armory: trust and significant investment in programmatic.

Johnston’s focus falls on the explosion of digital devices and a tectonic shift in how consumers communicate with them.

"There’s going to be this incredible extrapolation of new digital touchpoints," he said. "And I think that programmatic will be the backbone of that because it’s the only way you can manage the complexity of trying to get the right piece of content to the right person on the right device, within the right context so it’s valuable to them. The only way you can do this is through data exchange."

Of course, navigating the use of data comes with its own set of issues as the industry still reels from the Facebook-Cambridge Analytica scandal. Johnston said Unruly won’t encounter the same sort of problems Facebook does because the publishers he works with are different from to the social media giant.

"I’m not slagging them off -- they’re a very good organization -- but clearly they’ve made mistakes over the years," he commented. "I think they probably regret the permissiveness that they gave certain organizations to take that sort of data by that sort of means."

Johnston said he feels the "incredible obligation of responsibility that comes with the handling of data," and the General Data Protection Regulation (GDPR) has helped shine a much-needed spotlight on an area of advertising once shrouded in mystery. But the UK-based policy doesn’t serve as a wake-up call for Unruly because -- despite the rebellious name -- this is one area in which they claim to have always played by the rules. 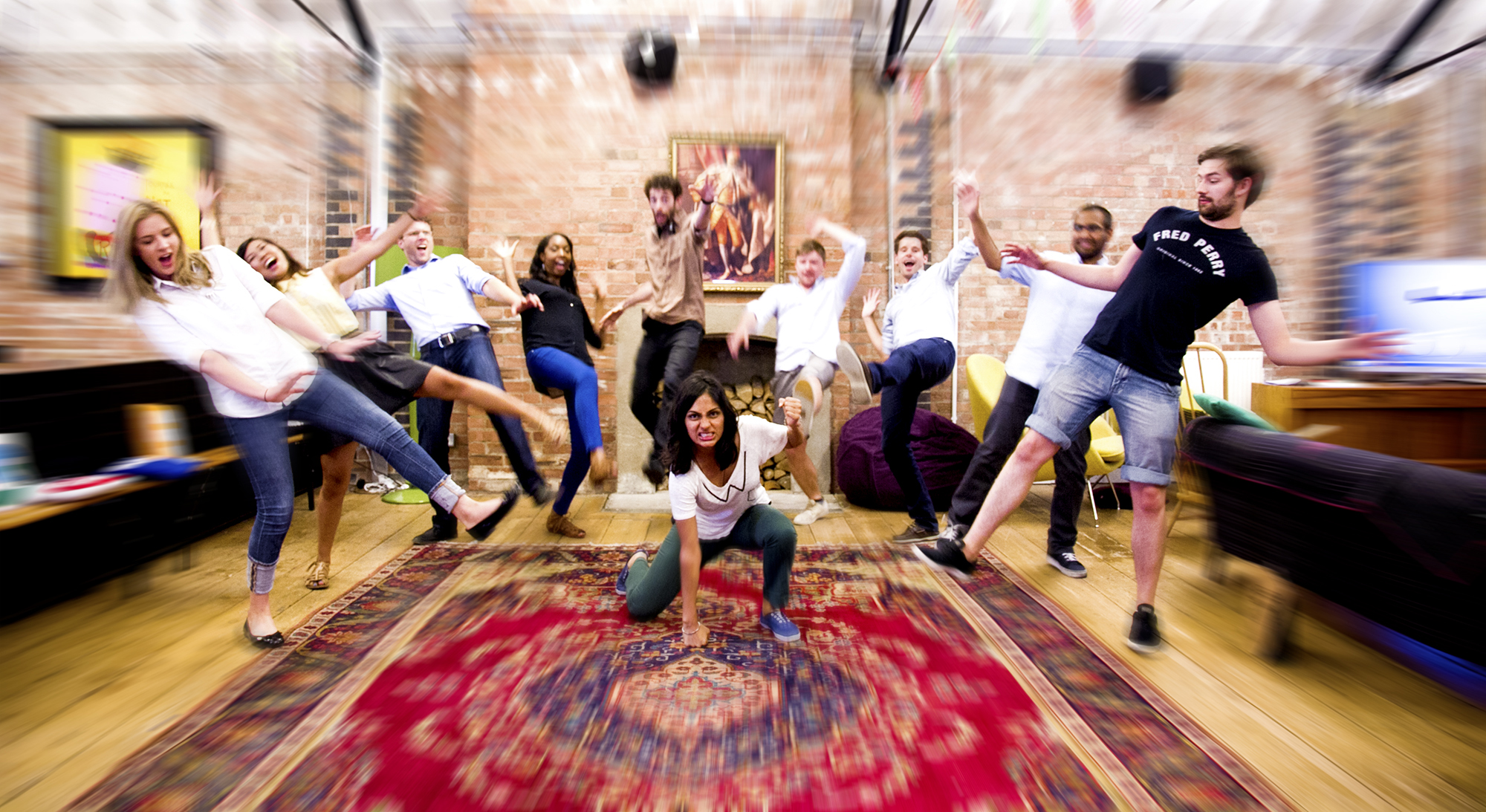 Away from the headlines plaguing adland right now is what Johnston sees as a huge gap in the market for more agile content. He explained that advertisers are becoming increasingly frustrated with "the lack of content and how slow creative agencies can be in producing it."

"Most of the models they have are still very linear and slow, designed to win awards at Cannes for TV spots," said the chief executive. "The requirement to have more agile content as those budgets increase is profound, so you see a lot of advertisers now working more directly with publishers trying to source new forms of content to feed within programmatic."

The company’s combination of publishing and content creates a juggernaut to take on the likes of Google and Facebook. Advertisers want an alternative, and it’s Unruly, said Johnston.

The way content is created, distributed and digested will be forever changing, but Johnston stressed that "we’ll have the same challenges we have right now when it comes to issues like brand safety and verification, it’s just going to be much much bigger."

The competition talk about trust, but Unruly believes it walks the walk; the firm recently received independent certification against the Trustworthy Accountability Group’s Anti Fraud guidelines -- one of only 15 businesses in the world to have achieved this status.

Unruly’s mission statement hasn’t changed since the company was founded in 2006, but how it achieves that mission has.

Results are now delivered via UnrulyX, the firm’s emotional data-powered video marketplace that uses UnrulyEQ to serve up first-party data. This is twinned with more than a decade of video information and millions of viewer reactions which offers a deeper analysis of metrics.

"Our mission really remains the same in that we want to transform advertising for the better by helping marketers not just reach people, but emotionally move them with their advertising," Johnston added. "You can't annoy people into liking your brand. With our ad formats you are completely compliant with industry best practice.

"Unruly will continue to help advertisers safely navigate and successfully win not only today but also in tomorrow's greatly expanded Internet."

Publicis is the top media agency group for 2017, report states

Six weeks until the Cannes Lions: Here's what we know

Facebook is attacking us where we are most vulnerable, and it won't stop

'Roseanne' to the rescue