Uncommon has won its first major client account since the startup agency collective launched last year, with a new campaign already in the works.

The company has tasked Uncommon with a consulting brief covering the brand, its role in culture and the future of the energy sector.

Uncommon won the business without a pitch and has already begun working on a campaign for the brand, according to sources with links to the agency. 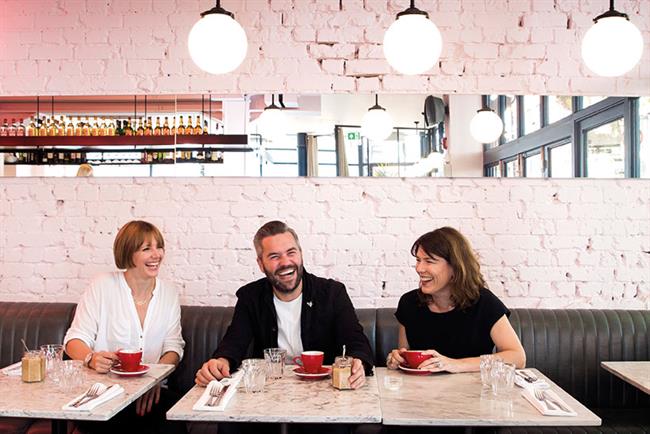 Graeme, Leonard and Jameson (pictured above) officially launched Uncommon last September, having collectively quit Grey London in dramatic fashion the previous summer. The agency's model is to have a core team of staff that draws on a wider network of affilliated strategists and creative specialists around the world.

It is the fourth creative agency appointment that Ovo has made in as many years. Prior to hiring The Brooklyn Brothers in July 2016, it had appointed Wieden & Kennedy London, but the relationship did not result in any work. Before that, Ovo worked with Fabula, which had created a TV ad for the brand in 2014. Fabula closed down last year.

Adam Rostom, managing director of Ovo Energy, said: "Uncommon’s wild creativity and bold approach really resonates with us and reflects our values. Both companies see the current state of the world as an opportunity for brands that truly want to make a difference. Uncommon’s modern and gloves-off take on communications makes the agency a great fit for us."

Rostom joined Ovo in 2016 as chief marketing officer and was promoted to managing director last October.

Despite being a small brand in relation to the "big six" energy suppliers, Rostom told Campaign last year that Ovo is not primarily focused on growing its customer base, but rather wants to provide additional services to existing customers.

It acquired home service provider Corgi HomePlan in May, and then announced a deal to supply energy to electric vehicle charging point network Chargemaster through EV Everywhere, a new tariff that will bundle free membership of the network with home energy.

Leonard added: "Energy is a critical part of all our lives, and the future of our relationship with energy has never been so under scrutiny. This is an excellent time to be working with a company that is leading the future of the category, and to be a partner in building such a brave and modern brand is what Uncommon is all about."