What happens when you ask a bunch of comedians to design a billboard for a TV show? A Cannes Lion. UKTV took to the Spotlight Stage to reveal how risk pays off. 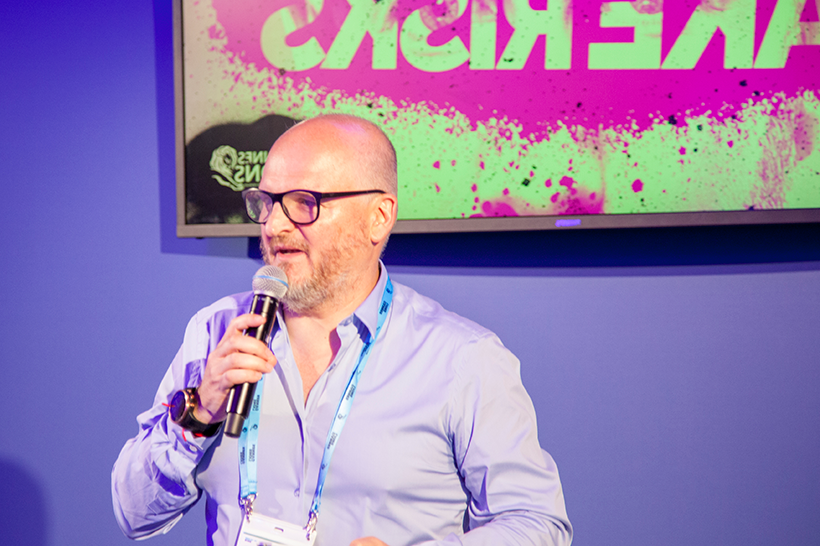 "UKTV is a challenger brand," said Darren Childs, UKTV's CEO (right). "We have been doing things differently over the last few years, and that desire to challenge runs through everything we do. We don’t do what is expected, predictable or safe."

To prove it, Taskmaster creator and star, Alex Horne joined UKTV CMO, Zoe Clapp and creative director of UKTV, Scott Russell, to tell the story of their award-winning campaign.

So how did Taskmaster – the show that asks comedians to complete tasks, and now one of the hottest TV shows in the UK which has expanded globally – come about?

"It was an accident," said Horne. "I have three children so I was home and bored a lot of the time. I sent 20 comedian friends of mine a task – one per month for a year."

He pitched the TV show for a couple of years before it was picked up. "There was no script and we have the same cast throughout the season – so it was a risk," he said. "But it worked because we trusted the comedians just to be funny." 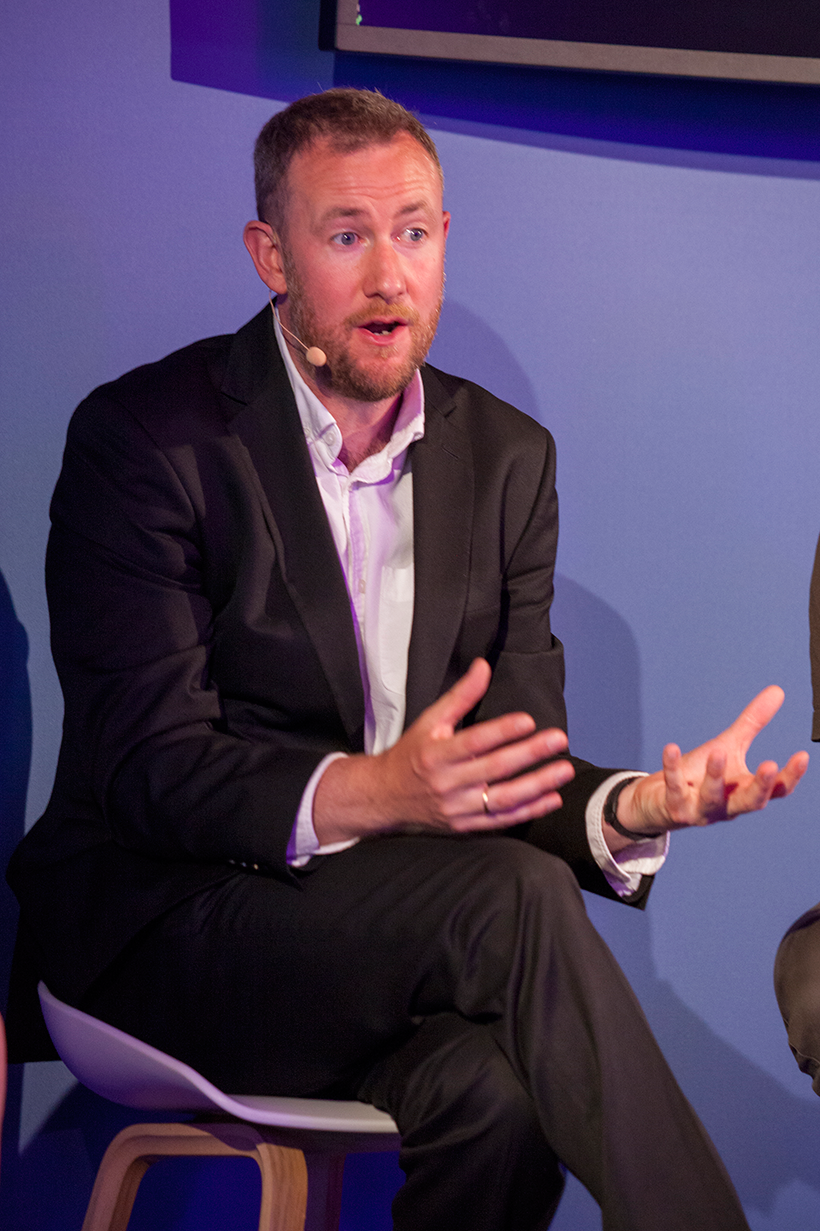 For series four on Dave, UKTV decided to make the promotional campaign one of the tasks. They asked the show’s cast to create the billboard creative. The task is the campaign and the campaign is the task. It was to go on real billboards as well as in short form on national TV, social media and on UKTV’s on-demand platform.

Clapp said: "It was an unconventional approach – giving the campaign to people who’ve never created an ad before. We had to lay out a million pounds of media before we’d even seen anything that was going to go on the billboard."

"I thought it was risky and I didn’t think it would work," said Horne. "They are funny comedians but they’re not good at selling things. Then again, if the outcome was not very good that’s funny in itself and people will talk about it. So I came around to the idea."

"People aren’t used to seeing out-of-home that is homemade – it was so quirky," said Clapp.

Russell pointed out that another challenge was how to condense one task into 30 seconds: "There was a lot of fear around it not working," he said. "We all had to commit to the idea for it to succeed. Fear created adrenaline and energy – and helped us hone what we were going do."

Method in the madness

Each comedian came up with their billboard. The "flaws" of the resulting artworks proved to be their best bits.

Hugh Dennis wrote "NO" and signed it. 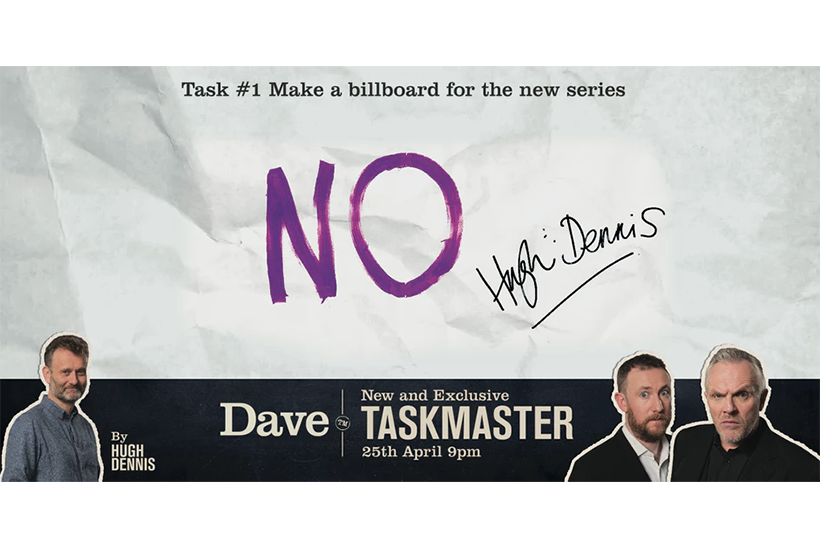 Russell said when he first saw this he thought "shit, I’m going to get fired".

But the simple and impactful piece displayed on billboards around the UK proved effective.

Mel Giedroyc wrote the name of the show with the letters the wrong way round and walked over it with her socks. 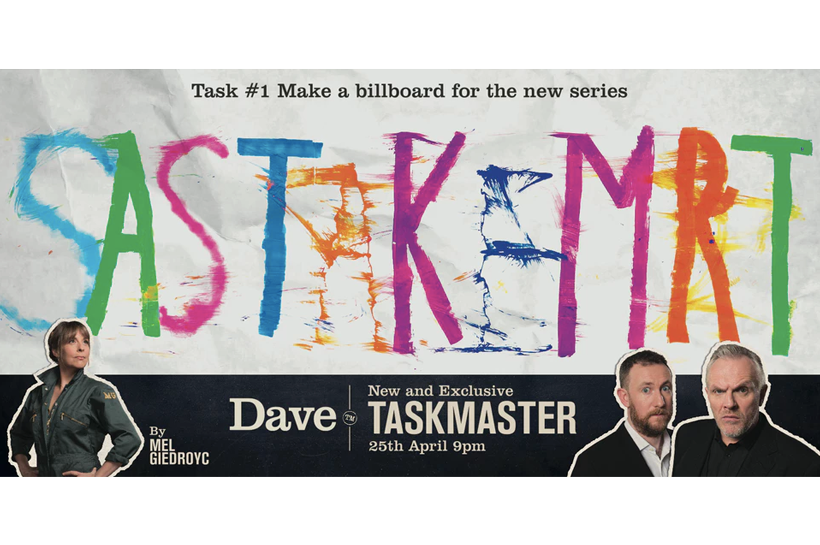 It causes you to double take – and has a sense of wonder.

Noel Fielding – an artist in his own right – created a more strikingly artistic work, and spelled the word "monkey" without an "e". 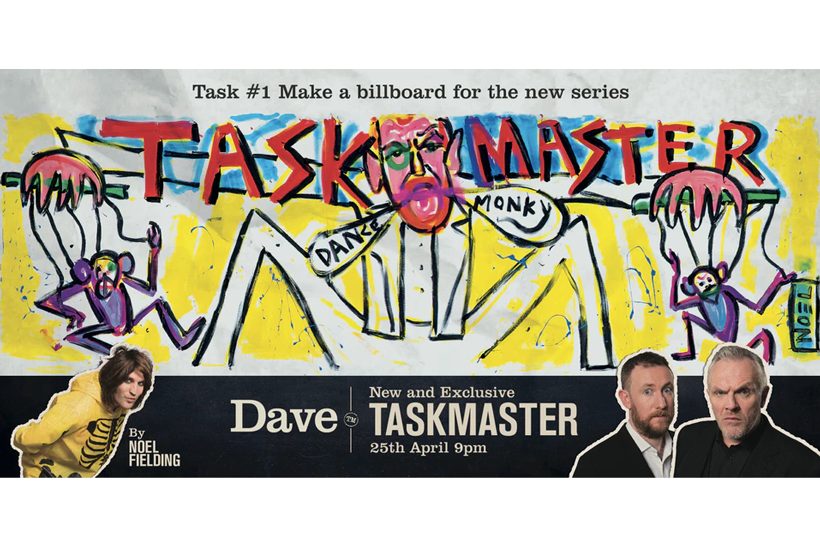 On launch of the first episode for the new series, the average viewing for that time slot was up 124%

The social conversation around #taskmaster went up by 58%

"It was the first big campaign after we brought our creative in-house," Clapp said. With no agency to push the creative output, she said that they felt it was even more important for our in-house teams to keep pushing boundaries.

"It didn’t please everyone," said Russell. "Trevor Beattie was not the biggest fan."

The success was that it got people talking: "We did something dead exciting with old media," said Clapp. "The biggest conversations are often around out-of-home advertising. Things that happen in the real world are what make people talk."

Clapp concluded that the key is to embrace risk that works for your brand – not risk for risk’s sake.

Blind Ballooning (a risk probably not worth taking)

What panel about Taskmaster is complete without a task? Alex Horne pulled five volunteers from the crowd to take part in a blindfolded balloon blowing up competition. 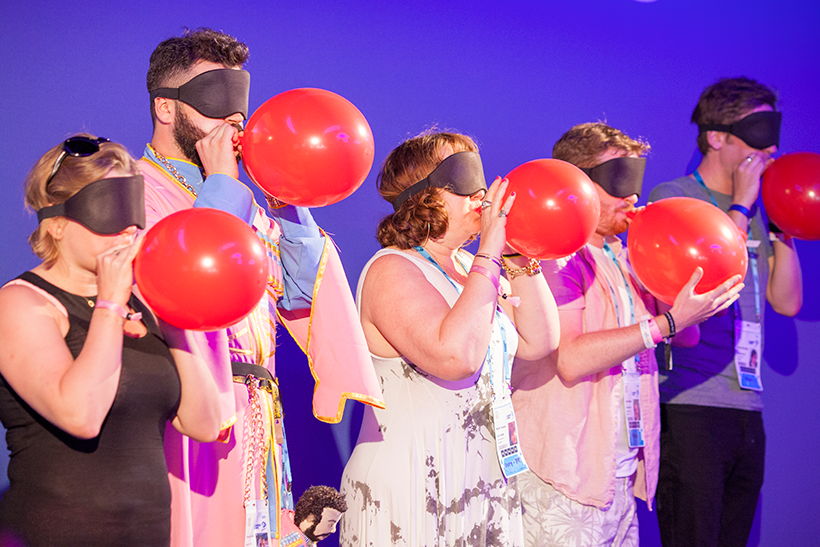 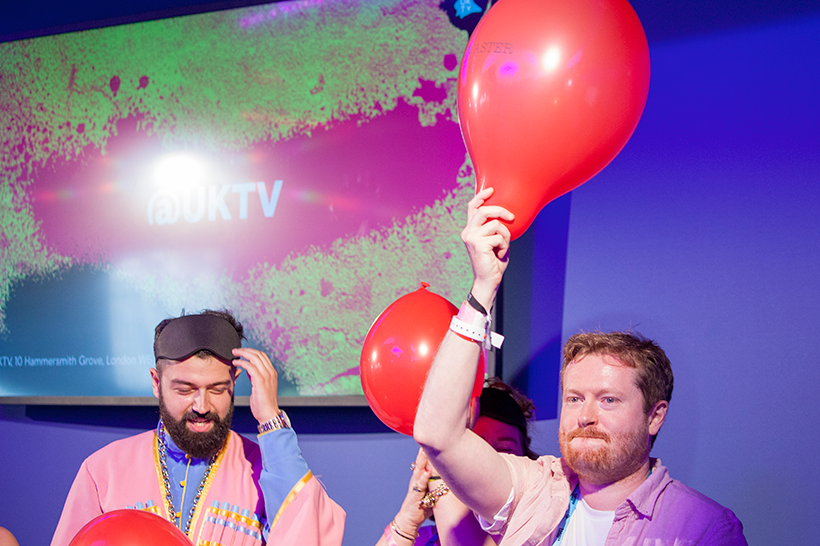 Cannes: an improved festival so ice creams all round