UKTV, which broadcasts Dave, W and Gold, has released its first major campaign to promote its video-on-demand brand UKTV Play.

A spot for "Love your thing" by UKTV Creative, its in-house creative shop, shows a variety of people using the platform in different ways, including on their phones when out and about, in their bedroom, or at home on the sofa.

The film aims to celebrate the different content TV can provide, and move away from it being a "guilty pleasure". UKTV is aiming to show the platform as an "energetic and disruptive" brand.

It is supported with national digital out-of-home, which includes location and weather-based triggers, handled by Antidote. 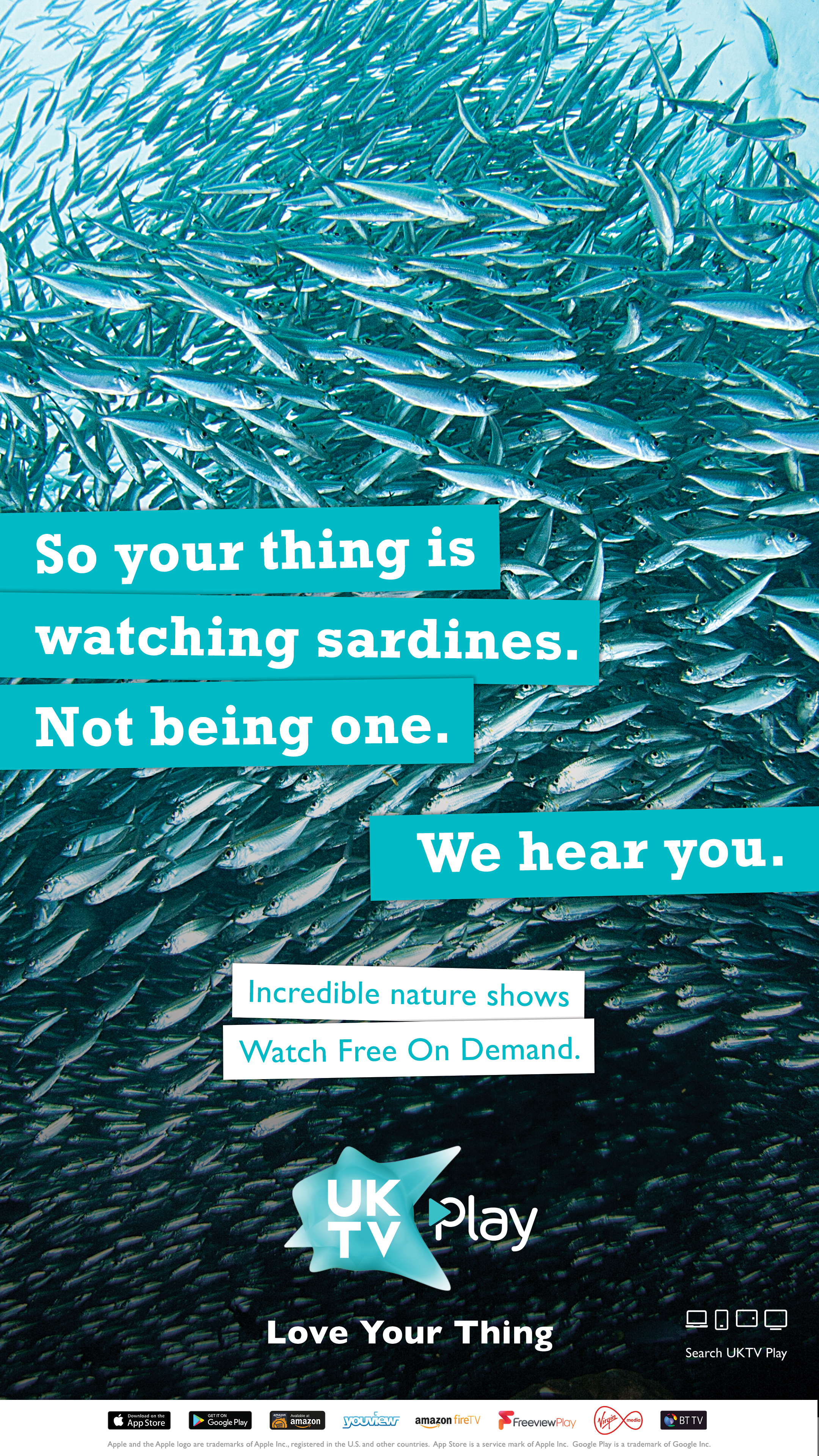 Social media activity, handled by Social Life, will be around the hashtag #Loveyourthing and make use of the yet to be launched Facebook Chatbot, through which UKTV can recommend shows to watch.

Media buying and planning was handled by Rocket.

The UKTV iOS app launched in August 2015, and UKTV Play on PC VOD and YouView services were rolled out later in the year. UKTV says the app has been downloaded one million times, and the VOD service saw 81% year-on-year growth in Q1 2016.

In October 2014, the launch was supported by an animated campaign which used the UKTV logo as a portal into a world of entertainment.

As well as the launch of the integrated campaign, UKTV has also updated its VOD interface to make the experience "more enjoyable and personalised".

"With this campaign we’re binning the sad old notion of a TV ‘guilty pleasure’ and celebrating the nation’s favourite pastime. Whether your thing is natural history, real crime, period drama or classic comedy, UKTV Play will be with you".