Over half a million Twitter users in the UK now follow American football-related accounts. Starcount, the social media data analytics company, discovered what people, brands and other sports rank high among their interests.

American football is a rapidly growing passion in the UK. The number of followers of NFL-related accounts on Twitter grew from 546,766 last year to 586,677 this year: a rise of 7.3 per cent. Of these followers, 72.4 per cent are male, with the passion being strong in the 18-24 age demographic. 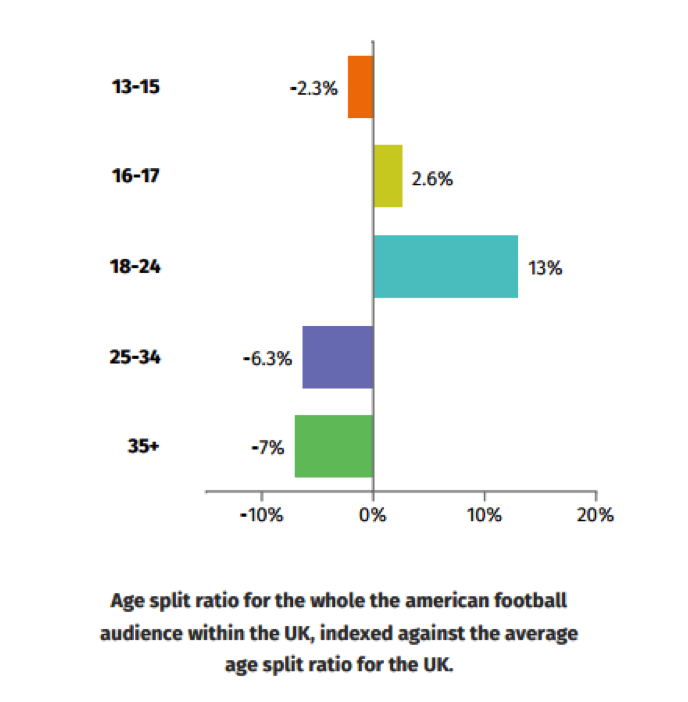 Among the audience, the New England Patriots are by far the most popular NFL team with 26,290 active UK fans, followed by the Seattle Seahawks and Green Bay Packers with 16,350 and 13,670 respectively. 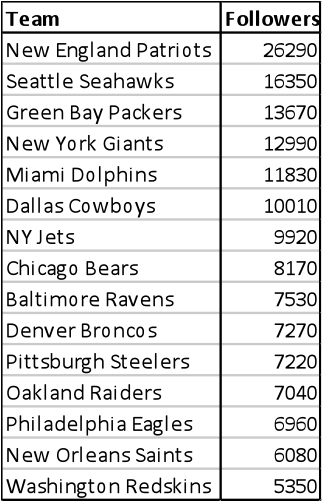 Starcount has looked at the two genders, and using passions are able to understand the motivations of the NFL fans. For the male audience, sports dominate the top passions. Among the top ten we see American football, football, sports news, basketball and boxing. We also see the top emerging passions are ultimate fighting champion and martial arts.

Among sport fans, the American cultural influence is spreading, with sports less traditionally popular in the UK such as basketball appearing as much more important than the more conventional cricket or rugby. The NFL account has an impressive 136,990 active UK followers in the audience.

We also see the impact of American culture in other passions. The sixth-ranking passion is comedy, where among the top ten profiles, six are American.

The same could be said for the urban music passion, where only two of the stars are from the UK.

While an interest in sports is clear from the audience, a look at the top brands for the group shows the interest is more from a viewing than participating stance, with Paddy Power the top ranking brand, and Coral and Ladbrokes also in the top 20. 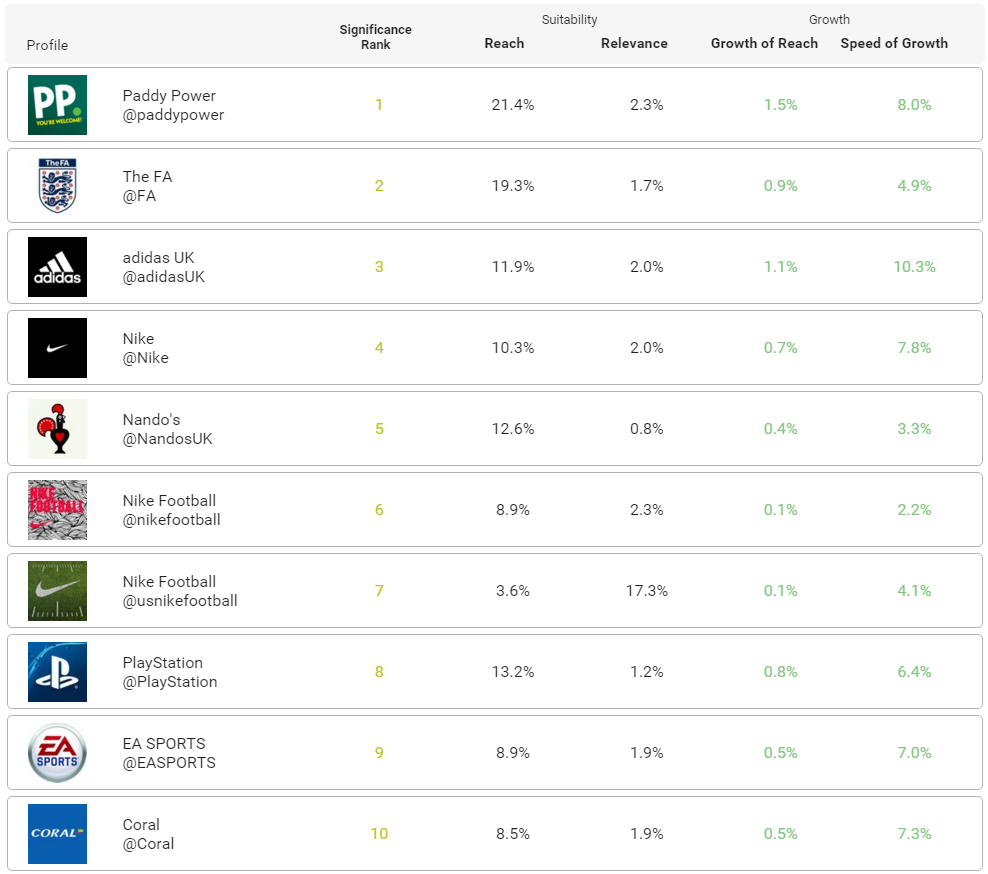 When we compare the women passionate about the sport however, we see a very different story. The interest in American football is clearly driven by a passion for American popular culture. American music, television and film dominate the top passions, with all the top profiles American. Sports does not feature heavily, with football (what the Americans call 'soccer') being the only sport appearing in the top passions. The top brand for the female audience is Apple Music, with Vevo also appearing in the top 20. Music is incredibly important to these women. 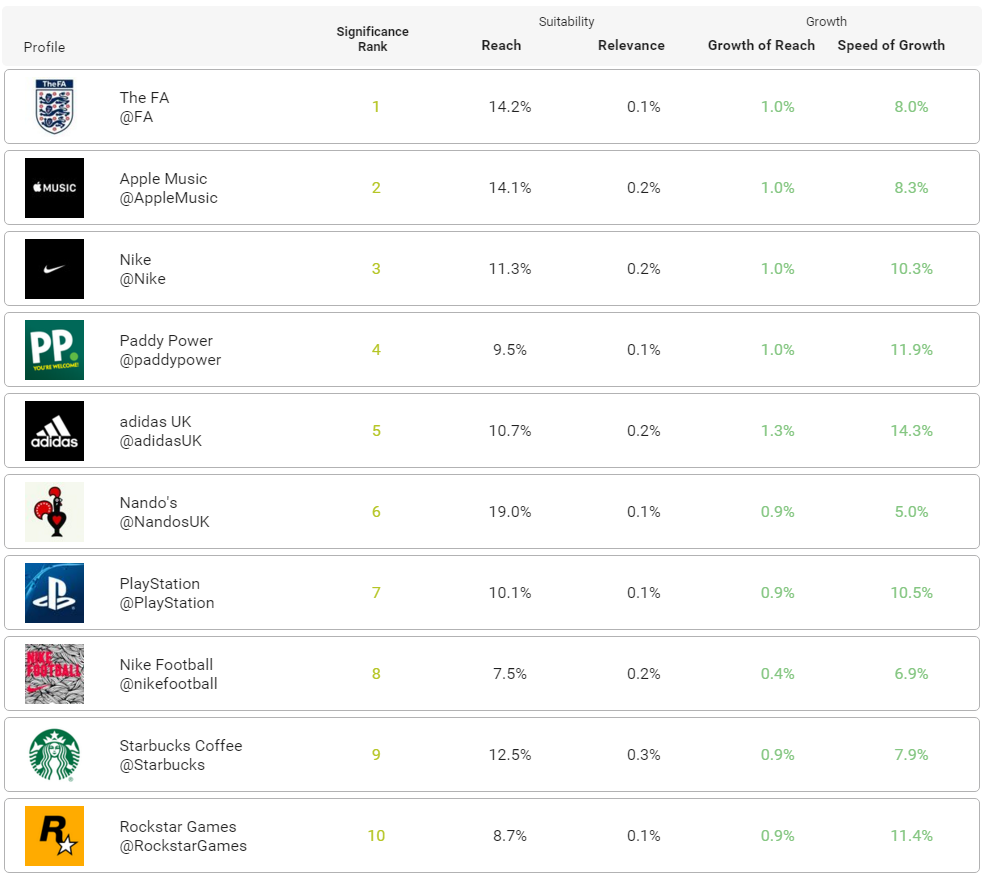 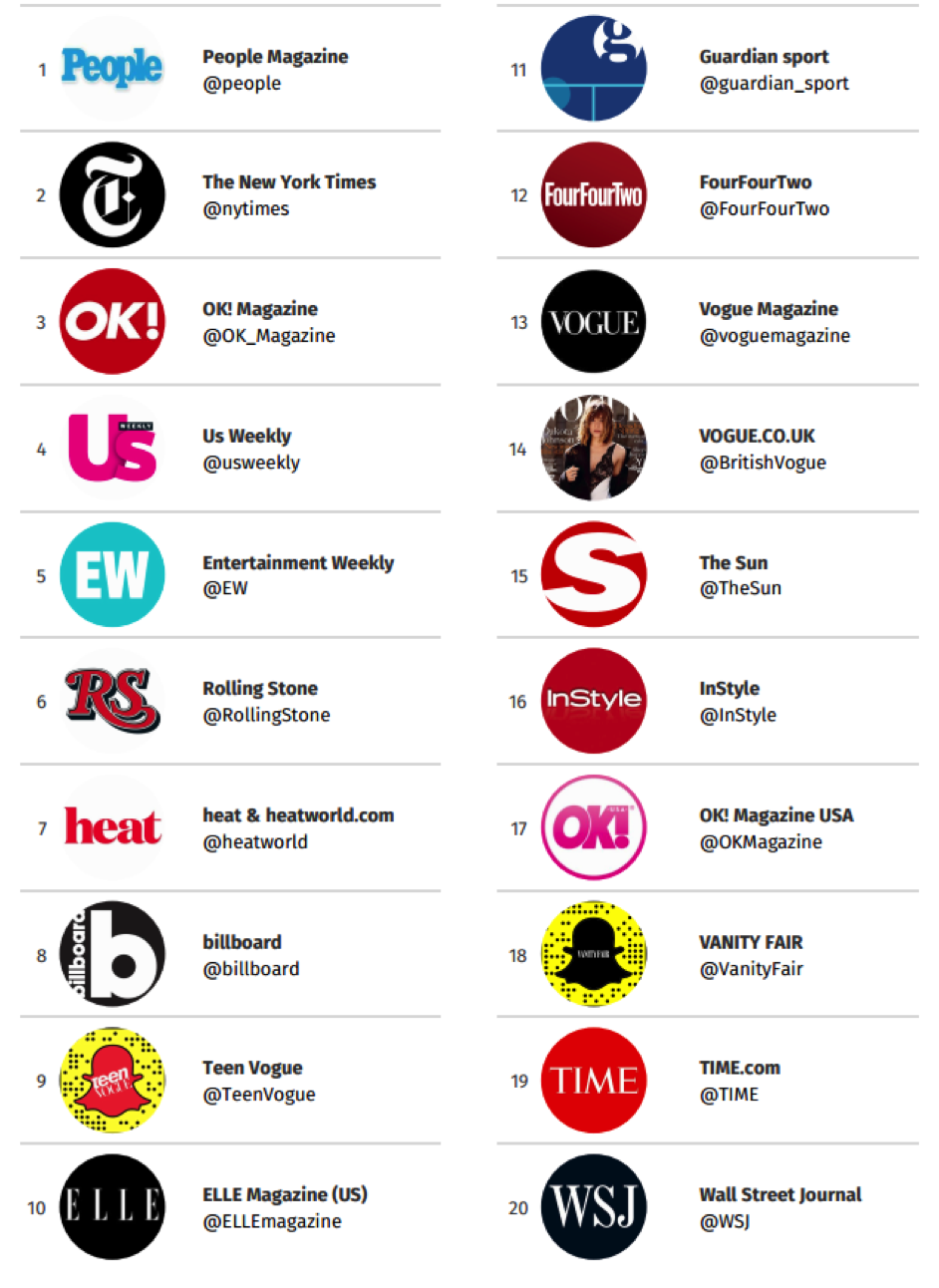