Smartwatch and fitness band sales more than doubled in the UK in 2015, but a wearable technology 'explosion' akin to mobile is still some way off.

Brits bought 3m fitness bands and smartwatches last year, up 118% on 2014, according to data from Mintel covering the 12 months to September 2015.

It is fundamental that wearables do not overload users with information and, instead, filter selectively what information is disseminated

While Mintel didn’t give a breakdown on brand preferences, it’s likely that the arrival of the Apple Watch in early 2015 almost single-handedly boosted smartwatch sales.

Since wearable tech is still in its infancy, and has a shorter life cycle than most consumer electrics devices, some sales are also down to consumers upgrading previous gadgets.

While smartphone adoption rates rose rapidly after the release of the first iPhone, wearable technology might progress more slowly as consumers puzzle out the benefits.

Currently, 14% of Brits own any wearable technology. 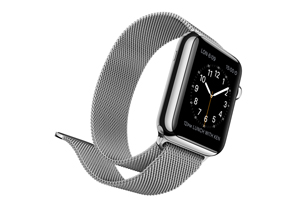 Mintel analyst Sara Ballaben said: "While fitness bands are, on average, less expensive than other wearables and have been on the market for relatively longer, higher adoption rates are also a reflection of the fact that wrist-worn devices offer a compelling practical benefit to active users."

Some 60% of consumers remain worried by the security implications of such a personal device. And more than half say they don’t see the value in wearable devices, suggesting brands need to do more to sell the benefits.

While consumers are open to receiving different types of information through their wearable devices, Bellaben adds that that preference varies.

She said: "It is fundamental that wearables do not overload users with information and, instead, filter selectively what information is disseminated.

"This suggests that customisation should go beyond a device’s design to allow users to personalise the use they make of their wearable, as well as the range and number of alerts they receive."

Peak iPhone shows the technology cycle is pausing for breath

Is Disney paving the way for a kids' wearable?