Digital adspend in the UK grew by an eighth (13%) in the first six months of the year, hitting a total of £7.3bn, according to the Internet Advertising Bureau UK’s half-year adspend update.

The analysis, conducted with PwC, found that spend on video grew more than a quarter (27%) to reach £1.3bn.

Non-video display, meanwhile, grew more modestly, but was still up 8% to £1.45bn. 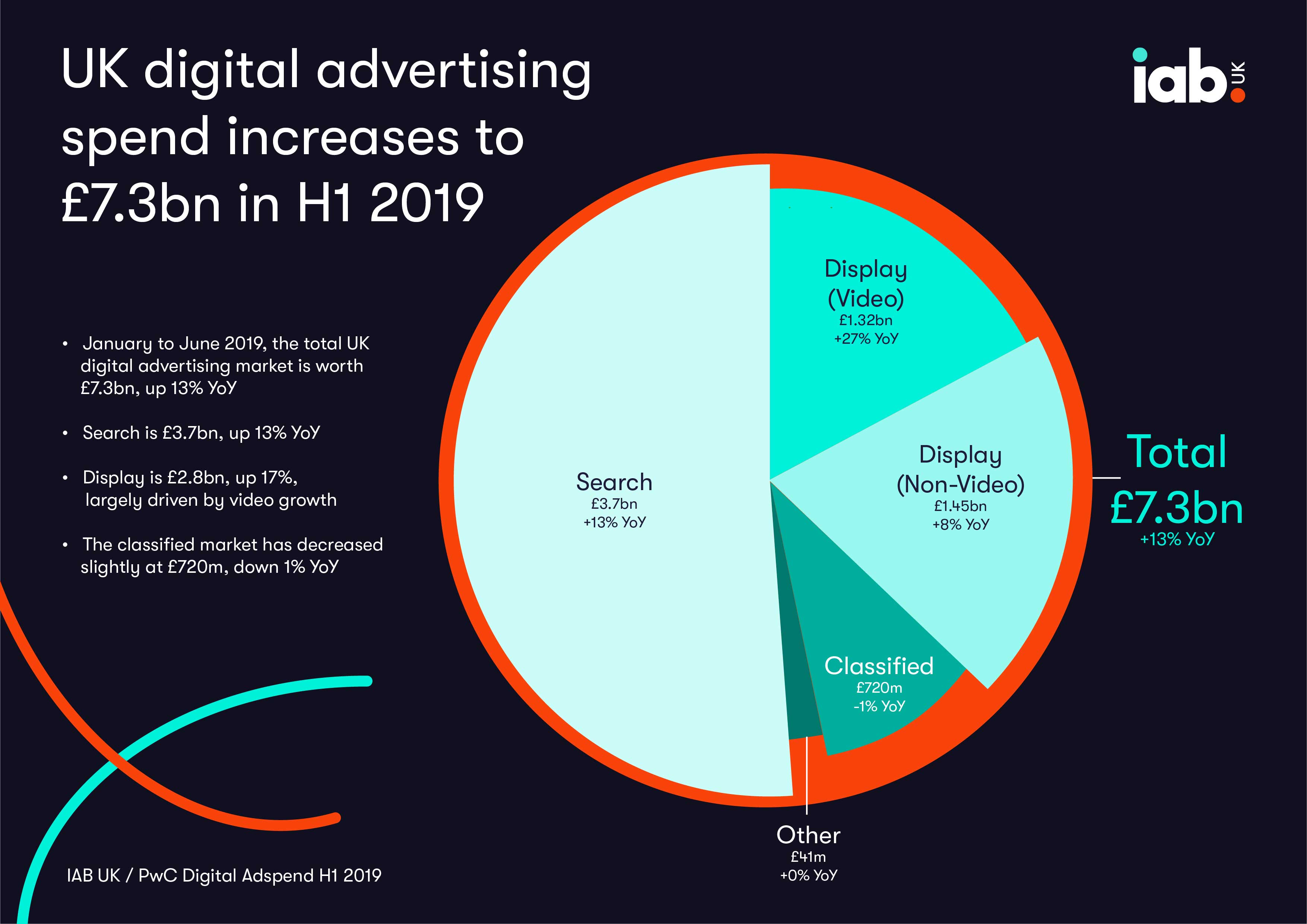 "It’s clear from the results that advertisers are increasingly harnessing the immersive storytelling opportunities of digital video to engage people – a trend we see continued from our 2018 adspend study released earlier in the year."