The UK adspend forecast has been downgraded to 5.4% for the year, down from previous expectations of 6.2%.

Despite slower growth, the UK will remain the top market in Western Europe and fourth globally.

The UK growth is boosted by digital ads, according to the report, which accounts for a 53.6% share of the spend this year and is set to increase by 11.5% next year.

TV adspend is expected to grow by 3.6% this year, which the agency says follows the Uefa Euro 2016 football tournament.

Spend on social media is forecast to increase 32.7% in 2016 and 21.9% in 2017. The report added: "In particular, Facebook continues to grow faster than almost every other media supplier and is set to become the third largest media platform in 2017 behind Google and ITV." 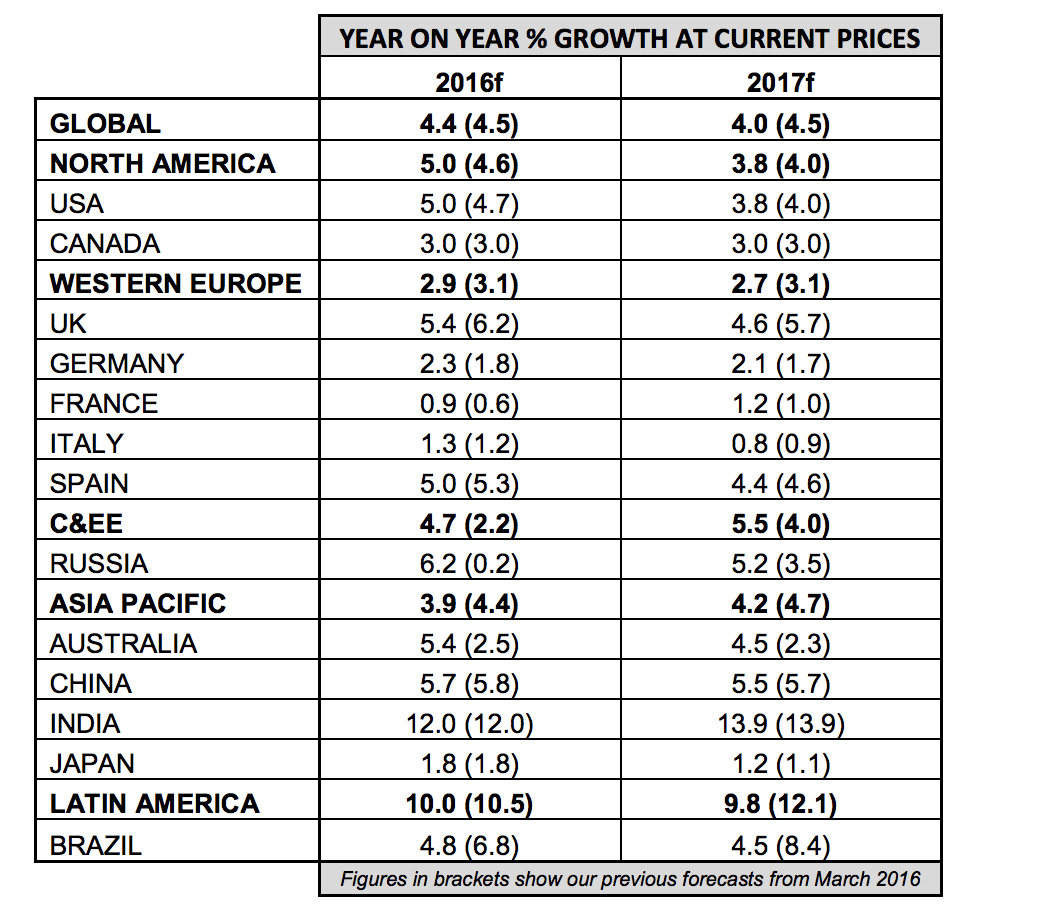 Jerry Buhlmann, chief executive at Dentsu Aegis Network, said: "As the digital economy brings complexity, speed of change and disruption, it is only through digital that brands can build engagement and remain relevant to their audiences on a fully addressable and real-time basis.

"In a world where connectivity and convergence are now the norm, mobile, social and online video lead the rapid growth of digital investments. With more flexible, targeted and data-led media solutions, mobile, social and video are driving the demand for richer and more powerful consumer engagements, in the right place, at the right time."

UK adspend grew at highest rate since 2010 to £20 billion