Uber's cultural struggles are well documented - but under its new leadership, the ride-hailing brand is determined to set an example for others to follow, its chief brand officer has said.

Uber yesterday unveiled a new set of corporate values, which saw it ditch ideas like "toe-stepping", which chief executive Dara Khosrowshahi said had often become used as "an excuse for being an asshole".

The company's chief brand officer Bozoma Saint John, who joined Uber from Apple in the summer, said: "This is about turning an environment into something more positive – taking out the bad stuff and replacing it with the good. We’re setting the bar.

"If this company at this time can correct the things that have gone wrong, then there is no excuse for anyone else.

"As we continue to change the norms of the company, I want those reflected elsewhere. So we have to point the mirror back at everyone else and say: 'hey, what do your values look like?' Because if we’re able to evolve and change, so should everyone else."

Saint John was participating in a panel session on Authentic Leadership as part of the Equality Summit at Dreamforce in San Francisco.

Krawcheck, who spent years in senior roles in Wall Street, claimed to be "the only woman to be fired on the front page of The Wall Street Journal twice", which she put down to being her authentic self – in one case, pushing for clients at Citigroup to be reimbursed for bad investments before the financial crash.

Wall Street, she said, was a place "where for many years diversity went to die. There were not that many women or people of colour, and our behaviour was pretty prescribed.

"This was despite the research, much of which comes out of the Wall Street firms’ own research departments, that says increased diversity leads to higher returns on equity, lower risk, greater client engagement, greater employee engagement and greater innovation."

But it was not simply about having a demographically diverse workforce, Krawcheck added. "The power of diversity is about allowing people to bring their authentic selves.

"It is not bringing in a bunch individuals of difference and then telling them all to act like middle aged white guys. You would think this lesson would be learned, but it’s so ingrained in us." 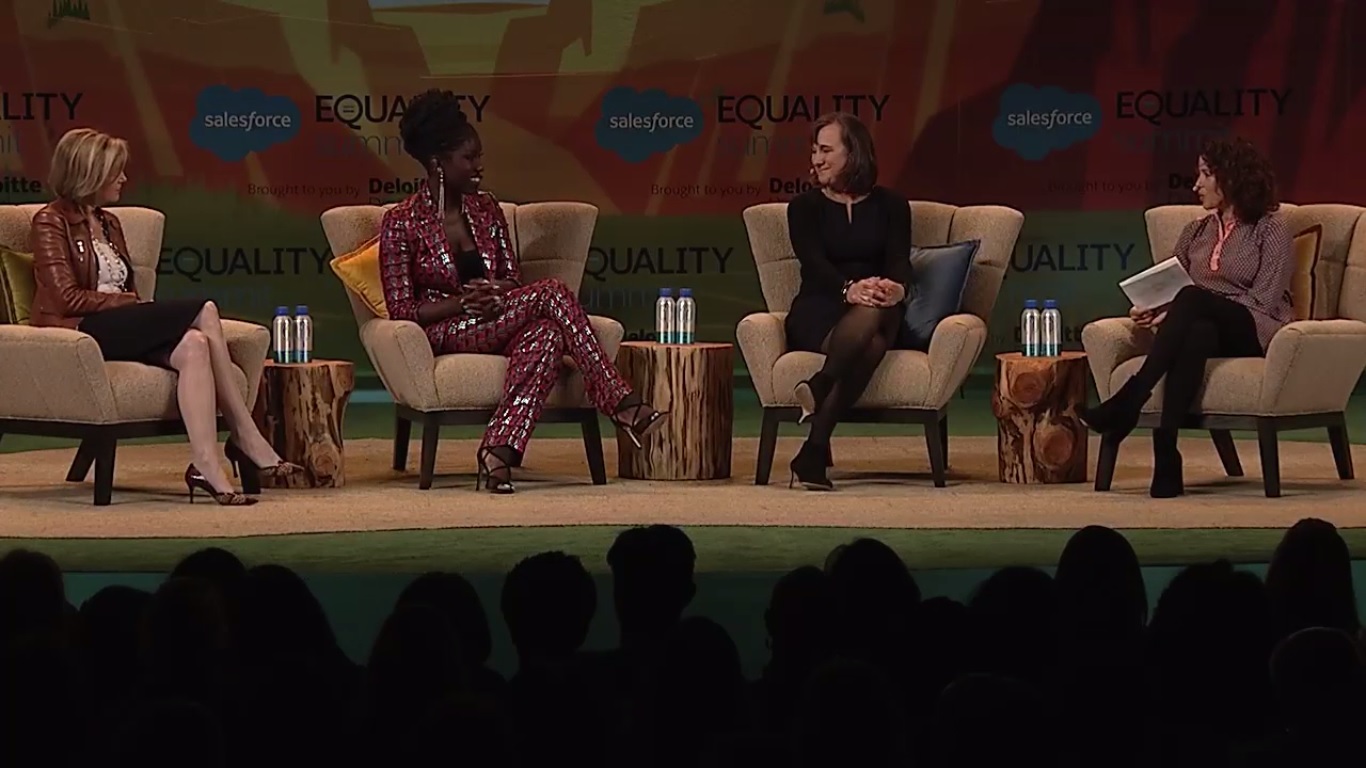 Foutty, the first woman to lead Deloitte Consulting, discussed her experience of receiving a breast cancer diagnosis on the same day she was offered a new position in the technology team at Deloitte.

The man who had made the job offer, she said, was very supportive, and encouraged her take up the job anyway – but also strongly encouraged her not to tell anyone about her illness.

"So I was incredibly low profile," she said. "People were probably wondering, where the heck is she? I was in my office, zipping to radiation every morning, and didn’t think anything of it."

Only later did she realise that following his advice had been a mistake, and not true to the kind of leader she wanted to be, Foutty said.

"Three years later I had a young woman in my office who was ill, and I told her I’d been through this myself – and it struck me in that moment what terrible advice that had been, and how important it was to talk about that experience."

Saint John responded that "sometimes having advice that is meant or is intentioned to be good can hurt you – it can make you hide in ways you don’t even recognise until later."

But she added that her experiences as a black woman in business had forced her to be herself.

"I’ve always been a black woman – I’ve never been anything else," she said. "I haven’t been in a position ever where I’ve been able to hide. I haven’t faced a situation yet in which I didn’t know how to be in the room and be wholly myself because I haven’t had the luxury of being able to hide.

"As I sit here now, I’m wearing a colourful-ass suit, because why not? I’m going to be seen anyway, so I might as well shine."

Saint John was also asked by the panel’s moderator, Michal Lev-Ram from Fortune magazine, about her Twitter handle, @badassboz.

"I want to make strong statements, even in my Twitter handle," she said. "It’s been cultivated over time and there’s still some mileage to go – I’ll be badasser in three years, by the way."

What we can learn about diversity by looking across continents

Uber showcases plan to have flying cars in LA by 2020

Google puts Uber on alert by investing in arch-rival Lyft

Uber board to vote on stock sale and cutting Kalanick's power

Does Uber licence row reveal we overestimate the power of brands in the service economy?

Opinion: Uber is everything that is wrong with disruption