What the retailer thought was “a message of unity” was quickly slammed as “tone deaf.”

As America waited for the results of the presidential election on Wednesday morning, Gap tweeted what it believed was a message of unity alongside a picture of a blue and red gap sweatshirt.

“The one thing we know, is that together, we can move forward,” Gap tweeted on Tuesday morning. 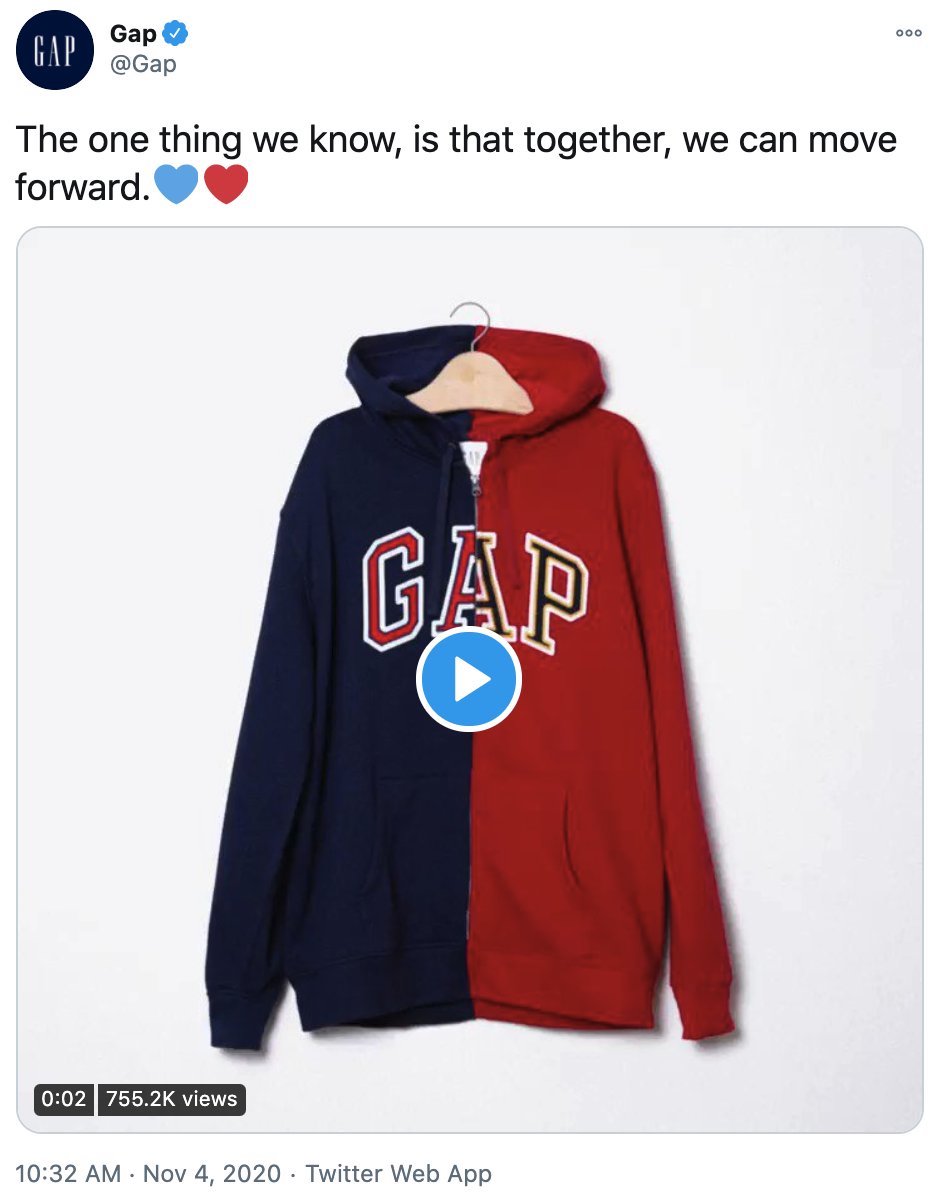 Gap deleted the post after it was met with immediate mockery and backlash from social media users. Some accused the retailer of being tone deaf. New York Times reporter Sapna Maheshwari tweeted that a Gap spokesperson told her it was not a real hoodie for sale.

That time @Gap posted the worst tweet ever, then deleted it but we already have screenshots.

Great learning exercise for marketers. This moment in time where our country is incredibly divided is not in any way an "opportunity" for content. pic.twitter.com/58YJ7NyXO2

This Tweet from the Gap wasn't just a spur of the moment post from a social media manager who couldn't read the room.
It went through layers of approval & was put on a content calendar for today.
They were going to post this regardless of the results.
And that makes it even worse pic.twitter.com/BPDxE4qlgz

Minutes after my tweet, @gap deleted this after getting bombarded with angry replies pic.twitter.com/q8wOTwL2c0

Update! @Gap deleted the tweet. They can't even commit to a stand against taking a stand. pic.twitter.com/nDZydVed5G

Gap with the tone deaf tweet for the day pic.twitter.com/pBHqKGHVOJ

You monsters made GAP delete a tweet that encouraged people to move forward together?

No matter who wins, this insanity isn't going anywhere. pic.twitter.com/9Md7JLkeiA

Gap told the Times that it meant well.

“The intention of our social media post, that featured a red and blue hoodie, was to show the power of unity," Gap said in a statement to the newspaper. "It was just too soon for this message. We remain optimistic that our country will come together to drive positive change for all.”