So says the chairman and chief creative officer of Grey London, Nils Leonard. 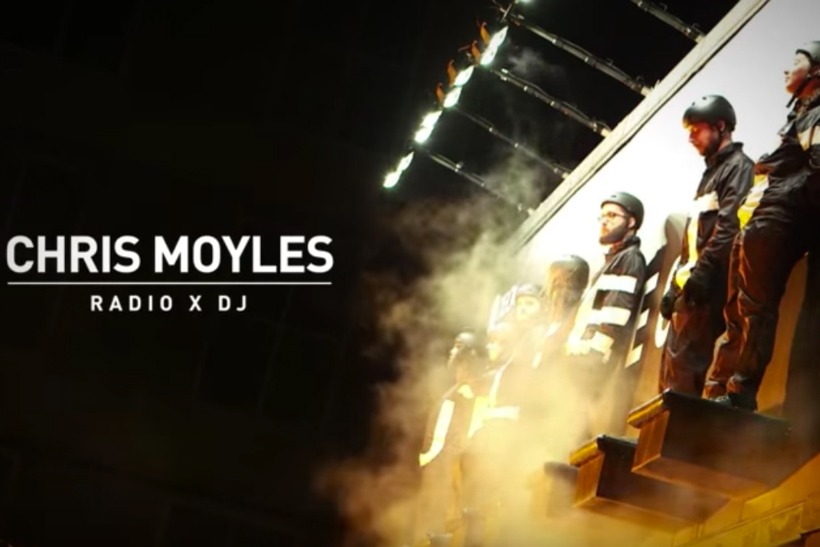 XFM will be rebranded to Radio X later this month, Global Radio has confirmed.

Campaign's Michelle Perrett writes that Radio X will launch on 21 September playing rock and guitar-based music, and will be available on the digital radio platform D1 as well as on 104.9FM in London and 97.7FM in Manchester.

Its target audience will be men aged between 25- to 44-years-old, and O2 and Gillette have signed on as commercial partners.

O2 will sponsor The Chris Moyles Show from 06.30am-10am on weekdays as well as a series of live music events at O2 venues across the UK including London, Manchester and Glasgow, to promote the rebrand.

Gillette will sponsor the rest of the day programming and have an on-air campaign running during The Chris Moyles Show from launch for three months.

#60yearsTVads: Grey London's Nils Leonard on ads made to move you

Continuing Marketing's series celebrating the 60th anniversary of TV advertising in the UK, Nils Leonard, chairman and chief creative officer of Grey London, reveals the ads that drew him to advertising (and elevated his sexual technique from "average petting" to "below par foreplay"); his favourite ad of all time (the clue's in the picture); and the impact he thinks technology will have on TV.

You only need look to the new wave of highly produced, beautifully crafted magazines to find inspiration. Technology hasn’t hurt print, but it has brutally murdered bad print. Technology has made print better. Better designers. Better writers. Better photographers. Better editors. All linking to online properties and moving image like never before.

Hosted by Marketing editor Rachel Barnes, and produced by Somethin' Else, the Marketing Mind is a monthly podcast which explores unusual concepts and new technologies, to help marketers find some creative inspiration.

Headphones at the ready: Give it a listen:

We hope you got your nominations in for the Hospital Club's annual h.Club 100. And we hope you've already voted in each of the ten categories. If not, what are you waiting for? Here's the shortlist for the most important category (yes, we are biased): Advertising, Marketing and PR.

There can be only one (people's choice) winner. Cast your ballot.

The Rugby World Cup is just around the corner, promising thrills and spills – and that's just for our commute to Haymarket's office in Teddington.

Still, at least the tournament has delivered some stellar work to date, which Campaign has kindly rounded up for you, dear reader.

We were rather taken by this ad by DDB New Zealand for Steinlager. The brief was "to inspire New Zealand through Steinlager for the Rugby World Cup" and this was the result.

The Originals were the first New Zealand team to tour the UK, losing only one in 35 games, and the underdog story mirrors New Zealand’s hopes for the Rugby World Cup 2015. Who doesn't love an underdog?

Ever wondered who coined the term 'brainstorm'?

If you don't think 'Compare the Market' is the best UK TV ad of all time, act now

They think it's all over. It definitely is now