TSB, the banking brand, returns on high streets this morning (9 September) with a £30m campaign and a bold promise to revive community banking across the UK, writes Alex Brownsell.

TSB, siphoned off by Lloyds Banking Group at the behest of European regulators, has today re-opened, with 631 branches rebranded from Lloyds TSB and Cheltenham & Gloucester (C&G) to TSB.

To promote the relaunch, the brand had rolled out a £30m national ad campaign, by Joint, using the strapline, "Welcome back to local banking," and promising a return to "safe, straightforward" banking.

Print, outdoor and digital activity will address customers with a "Hello", before outlining what it means to have TSB back on the high-street. The bank will use the hashtag #HelloTSB alongside social media activity.

TSB has also launched an animated cinema and online video (see below) outlining the history of the brand, from its founding as the Trustee Savings Bank by Reverend Henry Duncan in Ruthwell, Dumfriesshire in 1810. A 90-second version will run in cinemas, with a longer two-and-a-half minute version hosted on its website.

Lloyds will relinquish its ownership of TSB through an IPO, after its proposed sale to The Co-operative fell through in April.

Speaking exclusively to Marketing, TSB products and marketing director Mike Regnier said it was a "fabulous opportunity" to revive the TSB brand at a time when trust in banks is at an all-time low.

"Effectively, it’s not just bringing back the brand; it’s bringing back what we call ‘local banking’. Our sole purpose is to fuel local economies the length and breadth of the country," he says.

The most important thing for customers to realise is that we’re a high street bank, not a Wall Street bank.

"We could have chosen any brand we liked for the bank, but when we looked at our range of options the TSB brand was too good an opportunity to miss because of its heritage and what it stood for."

TSB’s key brand promise is that all of its deposits will go back into "fuelling growth" in the communities in which it operates in the , claims Regnier, rather than the international investment banking operations of its larger rivals.

"The most important thing for customers to realise is that we’re a high street bank, not a Wall Street bank. We don’t invest in the Spanish property market, we don’t use our customers to speculate on international bond futures or whatever it may be. We think that’s a big point of difference," says Regnier.

Despite offering replica versions of Lloyds’ internet and mobile banking systems, TSB will look to champion its branch network, with customers still said to value a "face-to-face relationship" with their bank. 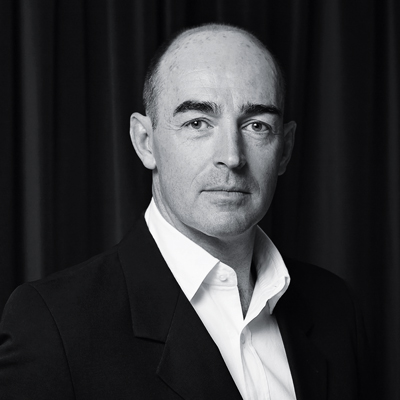 According to Regnier (right), the bank’s marketing over the coming months will focus on the 4.5m customers who have been migrated from Lloyds TSB and C&G over to TSB, before moving to a broader "approach" from next year. As a result, the brand will eschew TV advertising for the time being.

"This year we’re not going to do TV. Our primary focus is on talking to our customers, making sure they understand why they should be happy to be banking with TSB. But also because the story we’re trying to tell around this bank isn’t really suited to a 20-second TV slot," he says.

However, from next year TSB will kick into acquisition mode, and Regnier believes its unique combination of newness and scale will help attract customers from both traditional banks such as Barclays and HSBC as well as newer entrants like Tesco, Virgin Money and Metro Bank.

"With TSB, you’ve got the best of both worlds. You bring this new challenger bank, with all the things that make us different, but you’ve also got reliance of Lloyds Banking Group’s proven systems. You’re not, as a customer, having to take a chance on whether this bank will be around in a few years."

He adds: "We have a completely blank sheet of paper on which to describe to customers what we do without the heritage of misselling scandals and things like that, because we aren’t associated with those. That gives us a big advantage."

Why banks are struggling to escape the storm clouds overhead

Lloyds reaffirms commitment to TSB brand despite collapse of deal

TSB: The return of The People's Bank