Campaign speech is unfettered by the regulations that bind commercial ads. What does that mean for the ad industry?

In February, the car-hire app Uber stopped using the phrase "safest rides on the road" in marketing materials posted on its website. Turns out the facts didn’t quite support the claim, and the company agreed to shell out $28.5 million to settle the resulting false advertising suit.

In December, an ad from the Ted Cruz campaign claimed an immigration bill would have given President Obama the "authority to admit Syrian refugees, including ISIS terrorists," a statement the Washington Post Fact Checker rated "4 Pinocchios." But Cruz’s assertion was met with a win in the Iowa caucuses the following month, not a lawsuit. A January ad from Hillary Clinton’s campaign claiming prescription drug prices doubled in the last seven years is also false. Try putting whoppers like those on the air for a commercial client and see how quickly the FTC comes calling. Why the double standard? 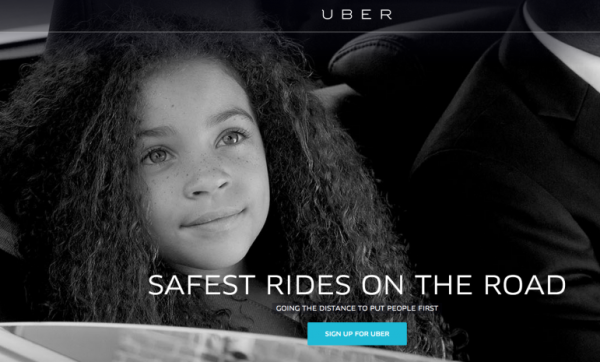 False advertising regulations developed in the US as part of a broad range of consumer protections like toy safety and nutritional labeling borne out of the rampant hucksterism of the late 19th and early 20th Centuries. The 1946 Lanham Act, which prevents trademark infringement, also codified limits on false advertising. As most people in the agency world know, they’re strict. Ads don’t need to make explicitly false statements to be in violation; being potentially misleading is enough, and advertisers don’t need to have known the statements they were making were false.

Companies like Disney ran afoul of Lanham with its Baby Einstein toys (they didn’t make kids smarter), as did the cold remedy Airborne (which remedied nothing) and the identity theft prevention company Lifelock (whose CEO had his identity stolen more than a dozen times).

There’s also precedent for agencies being held accountable for messages they create for clients. In 2015, a judge ruled that agencies Blue State Digital Inc. and PRCG/Haggerty LLC could be named as defendants in a false-advertising lawsuit filed against their client Nestlé Purina for materials the agencies created for the client’s website.

But political ads are broadly protected by the First Amendment as free speech, no matter the veracity of their content. "The theory is that government punishment of political speech is so dangerous to democracy and so vulnerable to abuse that we have to rely on citizens, and on political rivals, to determine the truth for themselves," said Rebecca Tushnet, a professor of First Amendment law at Georgetown Law. "In other words, whatever the truth, we proceed as if citizens are highly discerning about what they believe, politically."

It’s a very American ideal. The US system enshrines free speech as a right as sacred as worship. Compare that to countries like Germany, which has stringent hate speech laws that would never stand here. In Britain, truthfulness is no defense against libel suits. And in 2010, a member of Parliament lost his seat for making false statements about an opponent during the election, an outcome unthinkable in the States.

While it’s justifiably difficult to quiet dissent, the legal landscape is a playground for a media savvy personality like Donald Trump, who has made more than 80 statements rated at least Mostly False by PolitiFact, the most by far of any of this year’s political candidates. But those falsehoods haven’t hurt his brand with voters.

"He represents to certain people the power to resist cultural momentum and even reverse the course we’re on as a society," said Matt MacDonell, EVP and director of brand planning at Doner.  "These people want it so badly, they overlook his vulgarity, his positions on specific issues that contradict their own and also his ‘tenuous relationship with the truth,’ as [Ted] Cruz put it in the debate last week. He represents something they want more than the truth."

"Donald has a tenuous relationship with the truth." --Ted Cruz, of whom the same could be said.

"I think we’ve come to expect falsehood from our politicians, and the coverage and public discussion seems to reflect that," MacDonell said.

That worries some people in the ad industry, who are concerned the preponderance of negative and misleading political ads reflects poorly on the industry as a whole. After all, someone has to be making those false advertisements. And even agencies that don’t create dubious political ads still work on political campaigns. Droga5 created an ad for Hillary Clinton this year, and SS+K worked on Obama’s 2012 election, to cite just two recent examples.

"I think this is really perceptually negative for the ad world itself, because people don’t realize that this is not the kind of work large agencies do," said Harriett Levin Balkind, founder of HonestAds, a nonpartisan organization that advocates for truth and accountability in political advertising, and a partner at the agency Frankfurt Balkind for more than 20 years.

In a business that already has credibility issues with young people, that reputation can make hiring and keeping talent more difficult. According to Balkind, it’s up to the industry to set the record straight. "This would be a wonderful opportunity for the agencies to stand up and say, ‘This is what we stand for.’ "

But as dismaying as current campaign rhetoric may be, even Balkind isn’t calling for a change to laws governing political speech. "There would be a lot of unintended consequences," she said.

"Most credible, serious candidates who are in the game for the right reasons trust the fairness and decency of the American people," said Rob Shepardson, partner and co-founder at marcoms agency SS+K. "Presidents decide important matters — life and death, health and happiness, opportunity and civil rights. It's serious stuff, and you have to count on the American people making decisions accordingly."

It’s easy to envy politicians for getting to lie with impunity in their ads. But false advertising laws protect brands as much as they restrain them. Consider the case of Dan Patrick, who in 2014 challenged Texas lieutenant governor David Dewhurst for his job. Dewhurst claimed his challenger had changed his name to escape debts — a statement so baseless it was rated Pants on Fire false. Unable to file a claim, Patrick was left to fight fire with fire, launching a series of search ads that sought to capture curious voters researching the claim.

"When people typed in ‘Dan Patrick name change’ into Google, what they saw was our response," said Chasen Campbell, vice president of client strategy at Harris Media, the public affairs agency that ran Patrick’s digital campaign. The ads led to a letter from the candidate explaining the issue. "So the opposition spends all its money on TV ads to promote the issue, and then when people search for it, we actually get the last word."

Rather than lament the lack of truthtelling in politics, be glad it’s only in politics. "In the realm of brands, fabrications are much more dangerous. The facts that legitimate brands present are just that, facts," MacDonell said. "The best brand narratives are built around a belief that brand and consumer share. The good ones, I suppose not unlike the aforementioned politicians, are bigger than the sum of their facts."

Never The Less, these advertising women have persisted

After an agency settles a false advertising suit, how scared should the industry be of the FTC?

Compliance, content and time are the keys great to native ads

It's time to consider the American non-voter

How advertising made, then destroyed, TV psychic Miss Cleo

The art and science of negative campaign ads

Why everyone is voting for me, myself and I

The rise of the rebel brand

What cause movements can learn from 'Just Say No'

How digital marketing will decide the next President

Voter sentiment and your brand