It’s been a difficult few months for Publicis Groupe agencies Bartle Bogle Hegarty and Leo Burnett. Both of their respective management teams have been decimated by a series of departures – the most recent being BBH’s managing director Mel Exon, who is leaving to join The Sunshine Company as chief executive (she is pictured above beside former UK chairman Jim Carroll, who quit BBH last January).

The fact that both agencies are part of the same holding company might be just a coincidence. Insiders say that the full impact of Publicis Communications UK, the collective of Publicis Groupe agencies run by Saatchi & Saatchi worldwide chief executive Robert Senior, has not yet been felt and, anyway, BBH isn’t part of it yet. Others suggest the departures are symptomatic of wider fundamental changes in the ad industry.

For BBH, the loss of three out of four members of its leadership team, who were only recently anointed to run this most famous of agency brands, is a blow. Joint chief strategy officers Jonathan Bottomley and Jason Gonsalves announced they were off first – the former to the US and the latter to become chief executive of Mcgarrybowen. Then Exon quit. Only Caroline Pay, the deputy executive creative director, remains.

Ben Fennell, chief executive of BBH, says: "It’s disappointing to have three senior exits all at once. These are great people who have contributed a huge amount to BBH." However, he sees it as an opportunity for others to step up. "BBH will power on," he says.

While far from a death knell, the loss of its joint chief strategy officers and managing director within weeks of each other is a little embarrassing for BBH. But, in fairness, the combination of the three arguably hadn’t been the success that everyone had hoped. Other than Tesco, which was brought in by worldwide chief executive Neil Munn and which the agency has yet to crack creatively, domestic new business has been quiet and the creative output not really up to BBH’s usual high standards. Some responsibility must fall on Fennell’s shoulders, perhaps, for not configuring the new leadership team correctly – all eyes will be on whether Exon’s replacement, Adam Arnold, has the right mettle.

Leo Burnett hasn’t been having a stellar run of it either – having lost Freeview, for which it produced some distinctive work, the only real highlight has been the agency retaining the Co-operative. In a two-month period either side of Christmas, it lost executive creative director Justin Tindall, global chief strategy officer Giles Hedger and global head of mobile and social James Kirkham.

Chief executive Paul Lawson admits that Tindall’s departure was a surprise – but the others rather less so. Tindall was lured to M&C Saatchi by the promise of equity in the London advertising agency – an incentive that Leo Burnett could not match. He has now brought in Chaka Sobhani from Mother as chief creative officer while Hedger, who took a similar role at FCB Inferno, has been replaced by the internal promotion of Josh Bullmore. 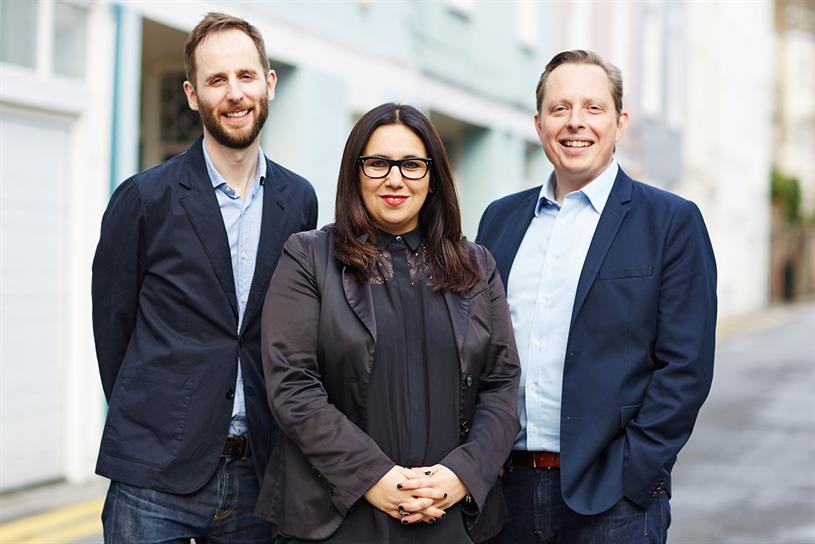 Of course, we have been here before and compared with other agencies – such as HHCL, Naked and Rainey Kelly Campbell Roalfe/Y&R (see below) – both BBH and Leo Burnett have got off relatively lightly. History is littered with agencies falling apart when management teams leave or change, which suggests the industry does not cope well with change or put in place successful succession-management contingencies.

While BBH and Leo Burnett are most noticeable for the scale of the changes, many agencies have seen key members of their teams change over the past 12 months – Droga5 London, OgilvyOne, Lida and Wunderman, to name a few. Chris Hirst surprised the industry when he left his job at Grey London (after playing a key role in steering it to success) to join Havas in September as European and UK group chief executive. He agrees that advertising is going through more change now than it has in its recent past – and this is contributing to the spinning of agencies’ revolving doors.

"The industry finds itself in a period of real significant change in terms of the things that agencies need to do. The tectonic shifting is forcing agencies to re-evaluate their business models and is forcing agencies to think about their management teams," he says. Given this, you’d have thought it was more crucial than ever to ensure there is a codified contingency to deal with this.

Ian Priest, global chief executive at headhunter Grace Blue, thinks the industry is generally ill prepared to cope with changes: "The whole area of succession management in talent-led businesses needs to be managed more proactively and less reactively. HR as a function should have a more strategic position on the board."

Identifying and putting in place measures to retain existing talent is one way to avoid any last-minute succession-management panic, but it can be a struggle for agencies that are part of networks and have inflexible salary or bonus structures. James Murphy, chief executive of Adam&Eve/DDB, says financial benefits are the most obvious way to keep people, but there’s also a way of giving staff a sense of proprietorship: "Advertising itself is a blend of the commercial and the emotional. Often members of staff will not be on a long-term incentive plan."

Jason Dormieux, chief executive of MEC, says: "I think you need a cultural emphasis on personal growth and enrichment. That underpins everything."

While there are numerous examples of agencies handling succession planning badly, there are a few beacons. Abbott Mead Vickers BBDO is famed for transitioning between leaders almost seamlessly. Cilla Snowball, AMV BBDO’s group chairman and group chief executive, believes it is an essential requirement of leadership. "We take it very seriously and codify and plan for immediate and next-generation succession in all our key roles by agency and across our network," she says.

"It helps us develop careers and accelerate future leaders and it helps us to build a strong bench. When vacancies open up, we can move fast and nine times out of ten replace internally. The successors then enter their big new roles trained up, eyes open to the scale of the role and fully immersed in the agency’s work, people and culture."

Equally, the transition of the chief executive role at Blue 449, formerly Walker Media, from Christine Walker to Phil Georgiadis and Simon Davis, has taken 18 years and still seems a work in progress.

Management change can be unsettling for an agency’s clients – and it can cause them to consider taking their business elsewhere. Paul Troy, chief marketing officer at Confused.com, has experience of this: "It goes wrong when the agency makes changes without consulting the client and moves out a key player who has that client’s trust above and beyond anyone else in the agency – often without them realising it. This either weakens the relationship or leads to its termination."

Marketers are sometimes willing to increase an agency’s fee to retain a person who is considered crucial to the relationship, Troy claims. He has the following advice for fellow clients: "What I have learned is to identify the key players on your account and include, if necessary, a ‘key person of interest’ clause in your contract. This will give you the option to review it in the event of the agency moving them off your business without agreeing it with you."

Annette King, chief executive of Ogilvy Group UK, sums up: "Succession planning is a fundamental part of leadership. We should all know who we think should take over from us if we move on – whether that’s an internal candidate or an external one; whether it’s planned or in response to a snap resignation. It’s easier said than done, though. Whatever the situation, it’s important to ensure that it happens fast and is communicated with confidence."

At the moment, this is something too few agencies seem to be doing.

When changes take their toll

To lose one management team might look unfortunate – to lose two could be considered careless. When James Murphy, Ben Priest and David Golding left to set up Adam & Eve in 2007, the last of the agency’s founders, Mark Roalfe, promoted Richard Exon and brought in Damon Collins to run the agency. In 2012, the pair left to set up Joint and Ben Kay was promoted from chief strategy officer to chief executive. The agency struggled to bed in new executive creative directors – Toby Roberts and Mick Mahoney only did relatively short stints before Roalfe took back control of the creative department. However, further account losses followed and Kay left earlier this year. There’s still little sign of stability at the shop.

Howell Henry Chaldecott Lury, Campaign’s Advertising Agency of the Decade for the 1990s, suffered an ignominious death, finally being put out of its misery by WPP in 2006, when it was subsumed into the now defunct United network. It’s possible to trace its failure back to Rupert Howell’s decision to quit the agency to take a management role at Chime in 1998, followed one year later by Adam Lury, who retired aged 42. When Axel Chaldecott left in 2003, there followed a dizzying round of management teams that were posted in to try to fix things. The loss of Sky in 2006 – six months after the last remaining founder, Steve Henry, quit – was the final nail in the coffin.

Much like HHCL before it, Naked blazed a trail due, in large part, to the ebullience of its three founders – Jon Wilkins, Will Collin and the late John Harlow. It was perhaps inevitable that the agency would suffer when the triumvirate decided to split. The agency’s revolving door has spun at a dizzying rate ever since – the shop seems to struggle to retain staff. Ian Clark, Christian Gladwell, Jim Thornton, Jane Geraghty, Cyrus Vantoch-Wood, Brad Fairhead and Steve Gatfield have all tried to reignite the excitement that greeted Naked’s launch, but with little success.

So what's going on at BBH?