The coronavirus has claimed the life of art director Andy Arghyrou, who won a string of awards, including a D&AD black Pencil, during a long career at Abbott Mead Vickers BBDO. He was 77. Peter Mead pays tribute to his life and work.

On Good Friday, the hideous Covid-19 claimed another victim. This time, it was very close to home.

One of the most iconic characters ever to work at AMV died in hospital. His name was Andy Arghyrou and he was a member of the great team of art directors that David Abbott and Ron Brown put together in the very early days of the agency. Andy – or The Arg, as he was always known – quickly became a central figure in the creative department.

He was an account man's dream in that nothing was too much trouble and he rescued me from irate clients on a number of occasions. Every company should have people like The Arg. He rapidly became one of the cultural hubs of the place. If ever anything needed to be done which contributed to the unique character of the agency, Andy would be at the heart of it. When jokes were made at his expense, he laughed louder than anybody else. If anybody in the agency needed cheering up, The Arg was the man to do it.

He was involved in some great work at the agency. Probably his proudest achievement was the black Pencil for the Cow & Gate "May we suggest the liver and bacon to follow" press ad. It was the last award of a particularly momentous evening at D&AD – it was well after midnight when the final award of Ad of the Year was announced at Grosvenor House. Chris O'Shea, the other half of the creative team with Andy, had already had to leave because his last train to Essex left just before midnight. When the award was announced, Andy, by that stage obviously downhearted that the highly touted Cow & Gate ad had not won anything, was on his way out of the ballroom. I don't think I've ever seen anybody more delighted as he strode on to the stage to pick up his vlack Pencil – the room erupted. The Arg was a very popular man. 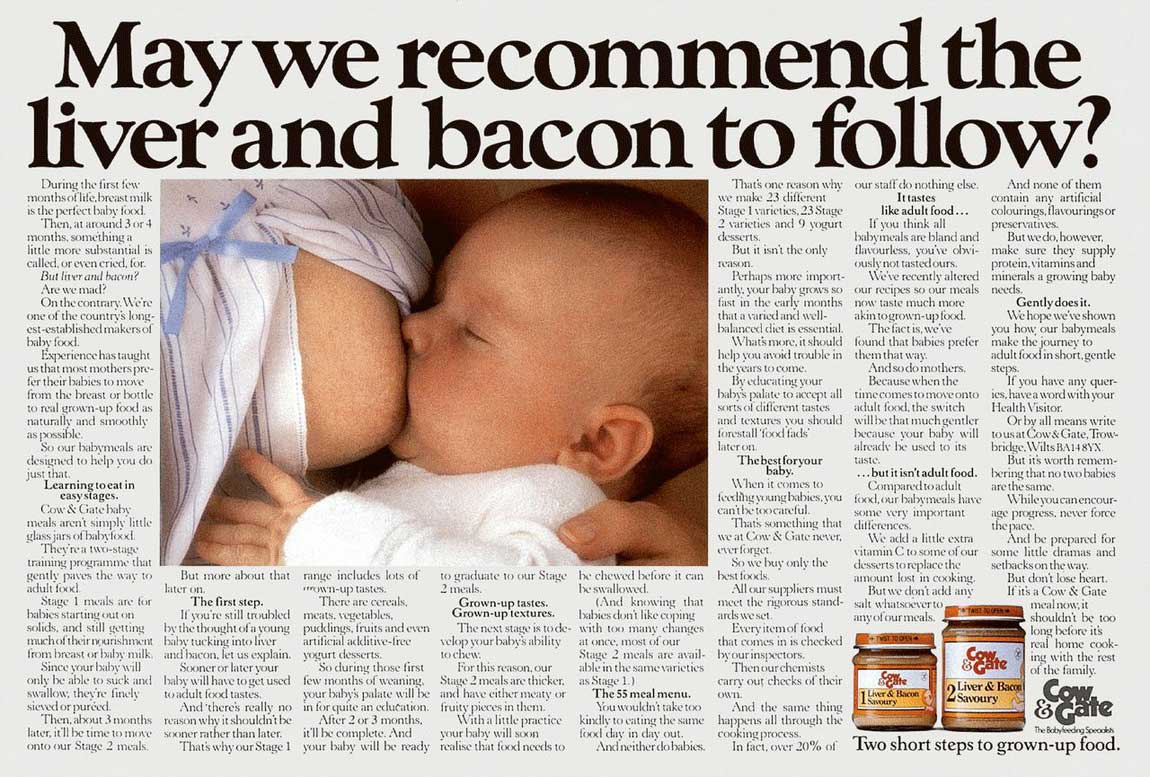 Long after David retired, The Arg was a founder member of the Dining Club, where David and many of the other great, retired creatives used to meet, very appropriately, in a Greek restaurant on Marylebone High Street. The club was called The Usual Suspects and the only rule was that laughter had to be the order of the day.

Andy was godfather to my middle son Ben and, for more years than I care to remember, has been a great friend. He was fiercely proud of AMV and was truly one of its greatest members. Everybody will remember The Arg with fondness and affection.

I was watching a programme the other day about Bobby Robson the football manager. After he died, José Mourinho said that nobody really dies until the last person who loves them dies. On that basis, The Arg will live on for a very long time.