Inspired by the Pokemon Go craze, Delta, Bloomingdales and the Baltimore Ravens are trying to bridge the digital-physical gap

Brands have used Snapchat to engage with consumers through sponsored lenses, geofilters and live stories. Now, a new trend—scavenger hunts.

With the Pokemon Go craze, brands are realizing that more and more consumers want to connect with brands through real-life experiences. Delta Airlines, The Baltimore Ravens, Bloomingdale’s and Adidas have all recently used Snapchat to launch scavenger hunts. But unlike finding Pokemon, users who complete the brand scavenger hunts can end up with actual prizes.

On Tuesday, eMarketer released a report that projected Snapchat’s ad revenue will reach almost $1 billion in 2017, a huge leap from the $366.69 million the platform is raking in this year.

For the month of September, Delta airlines has launched a Snapchat scavenger hunt for the entire city of Los Angeles. With the help of Wieden+ Kennedy, Delta has placed geofilters around the city for consumers to find, and the airline will hint at participating L.A. landmarks on social media. Upon discovering a geofilter, a user is expected to snap a photo with it and then send the snap to Delta’s new channel, @Delta. 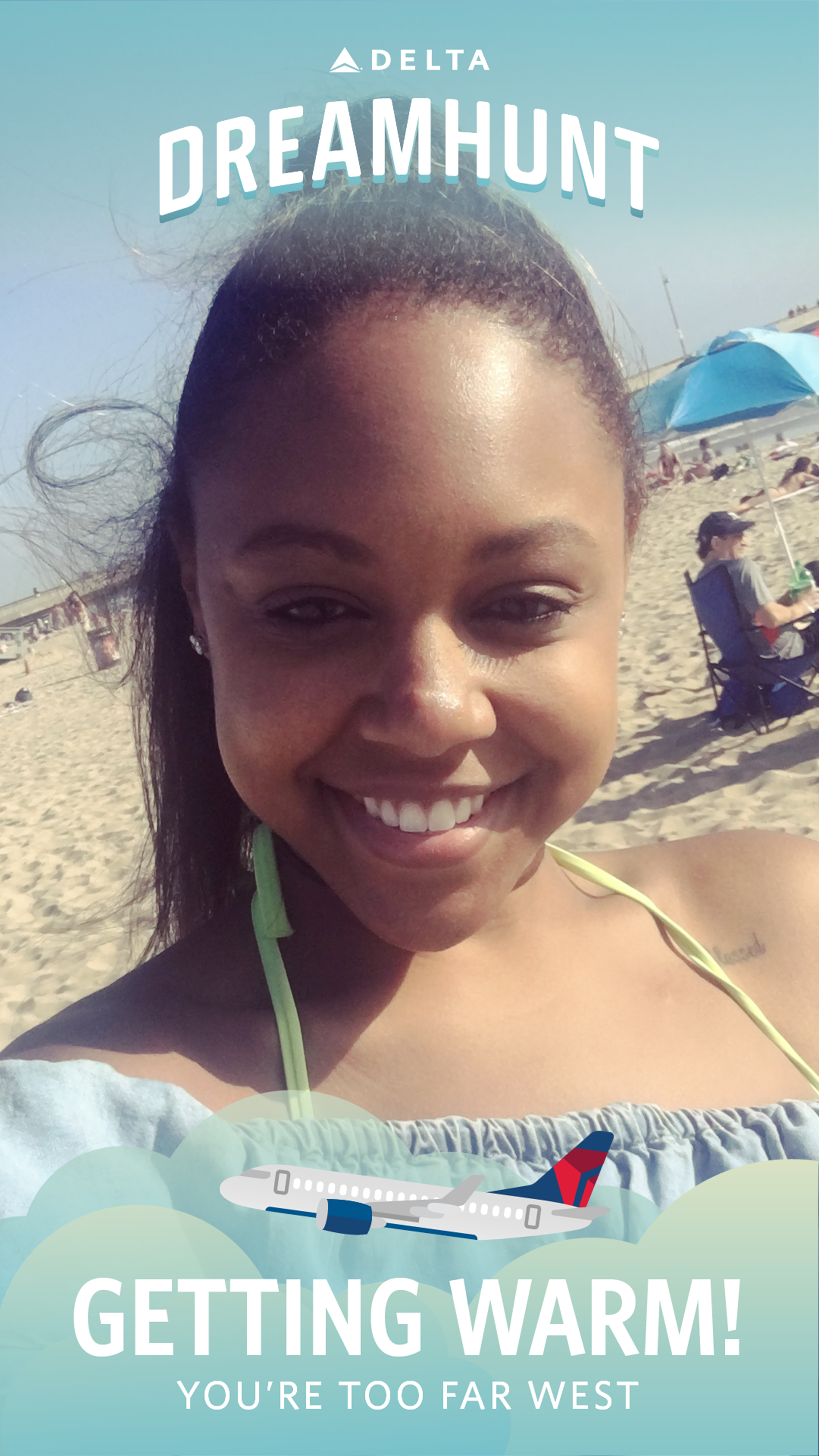 The activation is part of the brand’s ongoing "Dream Up, LA" campaign, which "celebrates hardworking, passionate Angelenos who aspire to achieve their dreams, whatever they may be," said Ranjan Goswami, Delta’s VP of sales for the West Coast, in a statement. "With Delta DreamHunt, we want to help turn some of these dreams into realities, by providing opportunities that take them one step closer to their goals."

To kick off the 2016 NFL season, the Baltimore Ravens partnered with Miller Lite for the team’s "Countdown to Kickoff Week." From Sept. 6-9, the brand is engaging with fans through tailgate parties and opportunities to win tickets to the Ravens’ first game of the season, which takes place Sept. 11. The Ravens set up a scavenger hunt on Snapchat for fans to win tickets to the Miller Lite Flite Deck for the opening game.

#FindTheFlock today in Baltimore and win tickets to Sunday’s game!

The team placed large LED letters that spelled out "RAVENS" throughout Baltimore, and then posted clues to their locations on its Snapchat account, @BLLTRavens. Using the hashtag #FindtheFlock, fans had to snap pictures of themselves in front of at least one of the letters in order to win.

Here's another! #FindTheFlock #RavensFlock only 3 more to go guys, they haven't even released the 2nd clue ?? pic.twitter.com/nzyxhxe79T

Adidas created a Snapchat scavenger hunt at the end of August to promote the brand’s line of NMD sneakers, which were inspired by Adidas shoes of the 1980s. The brand worked with creative agency Moderne Communications and digital shop The 88 to create an interactive experience where consumers could learn about the shoes with a chance to win tickets to a concert. 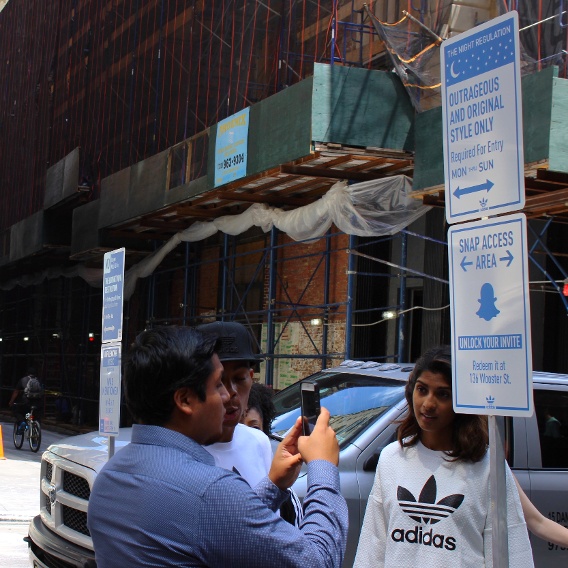 The brand placed street signs around Los Angeles and New York which instructed players on where to find the Adidas Street Team. Once with the team members, players were shown how to unlock a geofilter and were told about the NMD shoes. Then, players were instructed to travel to an Adidas Originals store, where they could unlock another geofilter that would allow them to enter the contest.

For Bloomingdale’s 2016 fall 100% campaign, the retailer launched a nationwide in-store scavenger hunt sweepstakes using specialized Snapchat geofilters, according to Luxury Daily. The brand placed hundreds of filters in locations throughout stores for Snapchat users to find. Each filter showed fonts of Greg Lamarche, an artist who also inspired a line of graffiti-styled clothes for the fall.

From Sept. 3 to Sept. 5, users took selfies with the hidden filters and direct messaged the photos to Bloomingdale’s to win prizes like gift cards and fall merchandise. 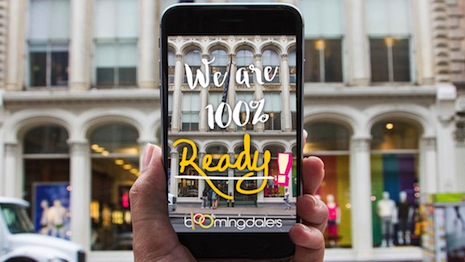 "We thought that if we could gamify Snapchat geofilters we could connect with shoppers in a playful and creative way," he said. The 100% Bloomingdale’s campaign is an ongoing effort that focuses on the products only available at its retail locations.

The AR revolution is here: Are you ready?

Luxury brands can find a new path with programmatic

Is Google's plan to demote sites with pop-up ads an abuse of power?