Trainline has launched a series of posters that appear to transform into live train departure boards when viewed through a smartphone.

The augmented-reality-ready boards offer live train times and personalised information on how much carbon dioxide can be saved by taking the train compared with travelling by car.

The campaign, by independent digital agency Byte, was created by George Wheeler, under creative director Louis Persent. Blue449 buys the media for Trainline.

Using the WebAR platform 8th Wall, the digital out-of-home activity is part of an integrated campaign that aims to show how Trainline’s app makes travel easier. 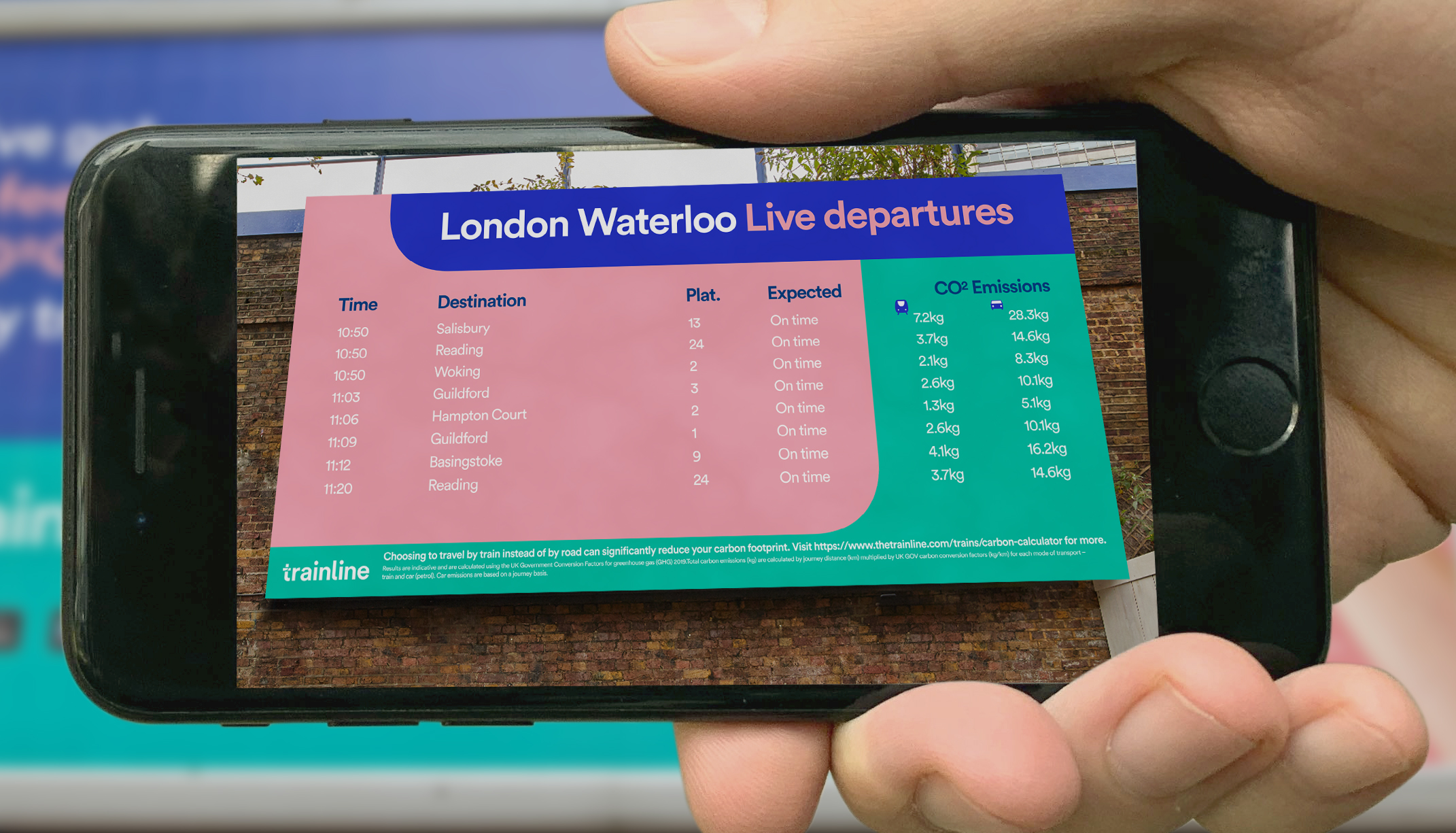 The launch includes a "domination" at Waterloo, comprising 16 high-visibility poster sites in and around the station. Each execution features a QR code that, once scanned, opens an AR-enabled microsite that then turns the poster into a live departure board by pulling data from Trainline’s API.

Trainline appointed Byte for UK creative and digital duties in early 2019 after a competitive pitch. They had previously worked with Bartle Bogle Hegarty London and a spokeswoman confirmed Trainline stopped working with the agency earlier this year.

Natalie Marques, senior brand manager at Trainline, said: "Now, more than ever, there’s a thirst for knowledge of how people can do their bit to reduce their carbon footprint. So we’re really excited to launch an innovative billboard experience that’s genuinely purposeful in educating travellers on the reduction of their CO2 emissions by choosing train travel over road."

Why Trainline's latest ad is just the ticket