NinetyEight has 15 clients after launching a little over a year ago.

Graduating college is far from easy. Throw in a frozen job market and canceled networking events due to a global pandemic, and it's an even bigger challenge.

But instead of letting these circumstances hold them back, Gen Zers and recent college grads Samantha Lent, Celine Chai, Gia Lee and Bryant Lin took matters into their own hands.

In May 2020, the new Loyola Marymount University alum decided to start their own agency called NinetyEight, a nod to the year many of them were born. The idea was born after a professor from their advertising class sent an email suggesting students could start their own agencies if they weren’t able to find a job.

That sounded like a smart idea to Lent, who felt that when COVID-19 hit, all of the natural concerns that come with graduating “became a big, bolded, bright red question mark.”

Shortly after graduating in June, NinetyEight, which still didn’t have a name at that point, held its first team meeting and pitched a prospective client within 24 hours. 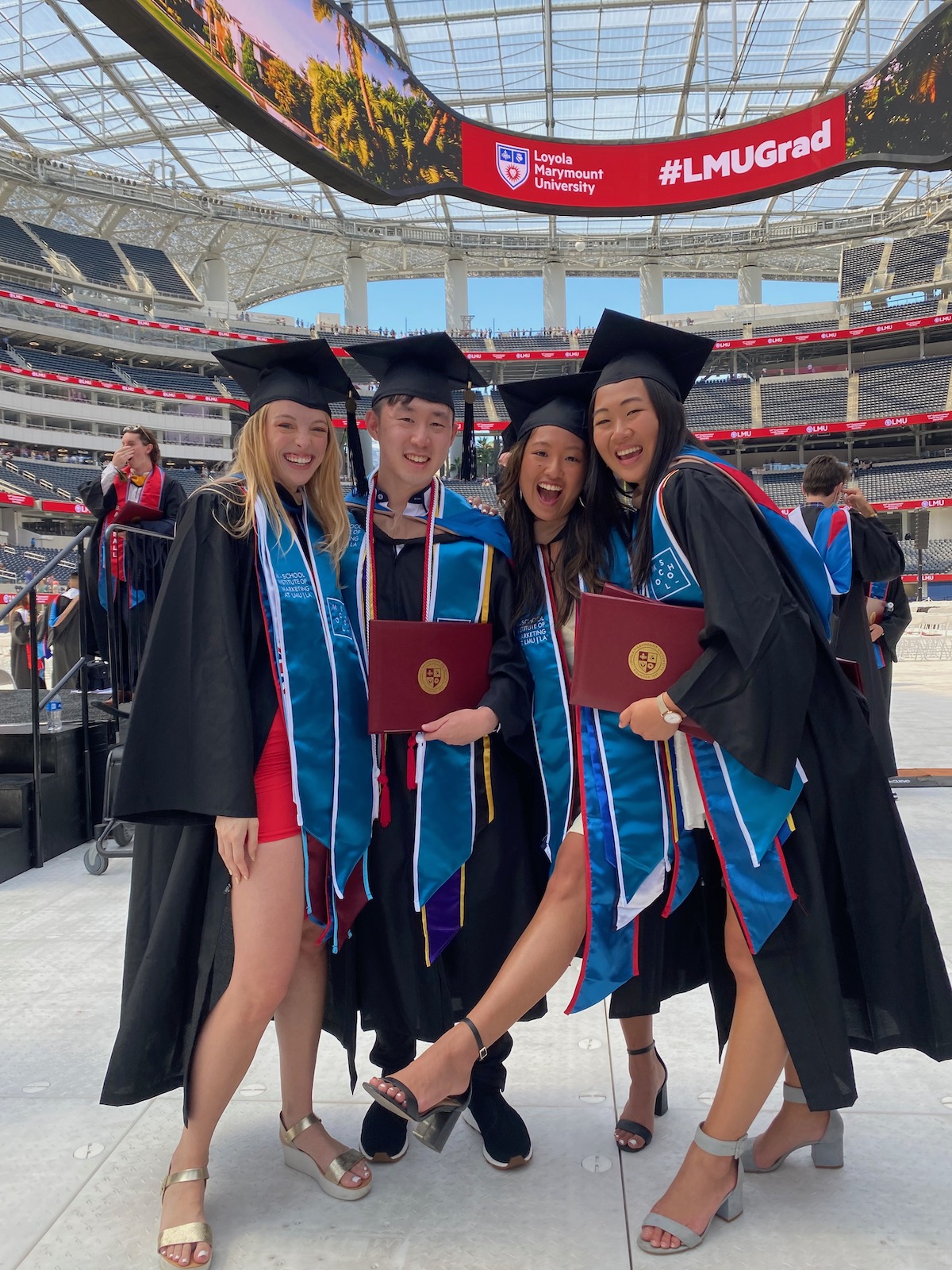 As business picked up quickly, the small, new-to-the-workforce team of Gen Zers had to figure out how to work together. They developed the business’s different disciplines, most of them juggling multiple roles simultaneously, including creative director, head of internal finance and PR, project manager, social media strategist and content creator.

After several other client wins, the NinetyEight team began paying themselves based on equity, and, in its third month of existence, broke even financially. The team declined to share a monetary figure.

The team is breaking through with brands who want their expertise on Gen Z, Lent said.

“[Gen Z] cares a lot about social justice issues and things like that, so we take that mindset forward with who we work with,” she said.

The team continues to look to past professors for mentorship, including Eric Johnson, founder and president of marketing consulting agency Ignited.

For the young staff, the hardest part can often be the responsibility of relying on themselves for income.

“At certain times, doubt has definitely been a big challenge, [as well as] self motivation,” said Chai, co-founder at NinetyEight. “There's just so much riding on what we do every single day. In a larger corporation [we] can miss a day of work and there's like 20 other people who can help fill in for you. We're a [small] team. We rely heavily on each other.”