For planners, nothing gets the brain cells fizzing quite like the TED conference. After taking in 100 of the stimulating talks and demos last week, our man in Vancouver, Kevin Chesters, picks out those you simply cannot afford to miss.

TED in 2016 was (predictably) brilliant, again. Not just because of the truly world-class quality of the speakers. Not just because everything happens consecutively so you never have to miss a single thing. Not just because it makes your brain literally ache. And not just because you get to chat to people such as Steven Spielberg and Simon Sinek in the same coffee break. Actually, it is because of all of those things and a few more besides.

I was once told that the job of the planner is to always bring something interesting and useful to the table. The TED conference gives you enough useful and interesting things to last a whole year (or basically until the next TED conference). I saw more than 100 talks and some mind-bending tech demos over four amazing days. Here are ten talks to watch for:

An amazing speaker. Anyone would think he was a politician. He basically updated us all on the progress towards solving the climate crisis. Do we have to change? Can we change? Will we change? The great news is that it seems he’s optimistic we’re winning the battle – especially through the massive, unprecedented growth in renewable energies such as wind and solar. Phew.

He is the "captain of moonshots" at Google’s research and development facility, X. Now, apart from having a cool name (and slightly ridiculous job title), he is in charge of all those amazing Google projects that sound mental but are actually brilliant. He took us through things such as Project Loon – the initiative to ring the stratosphere with balloons to bring free internet access to four billion people. Slightly bonkers, eminently doable. 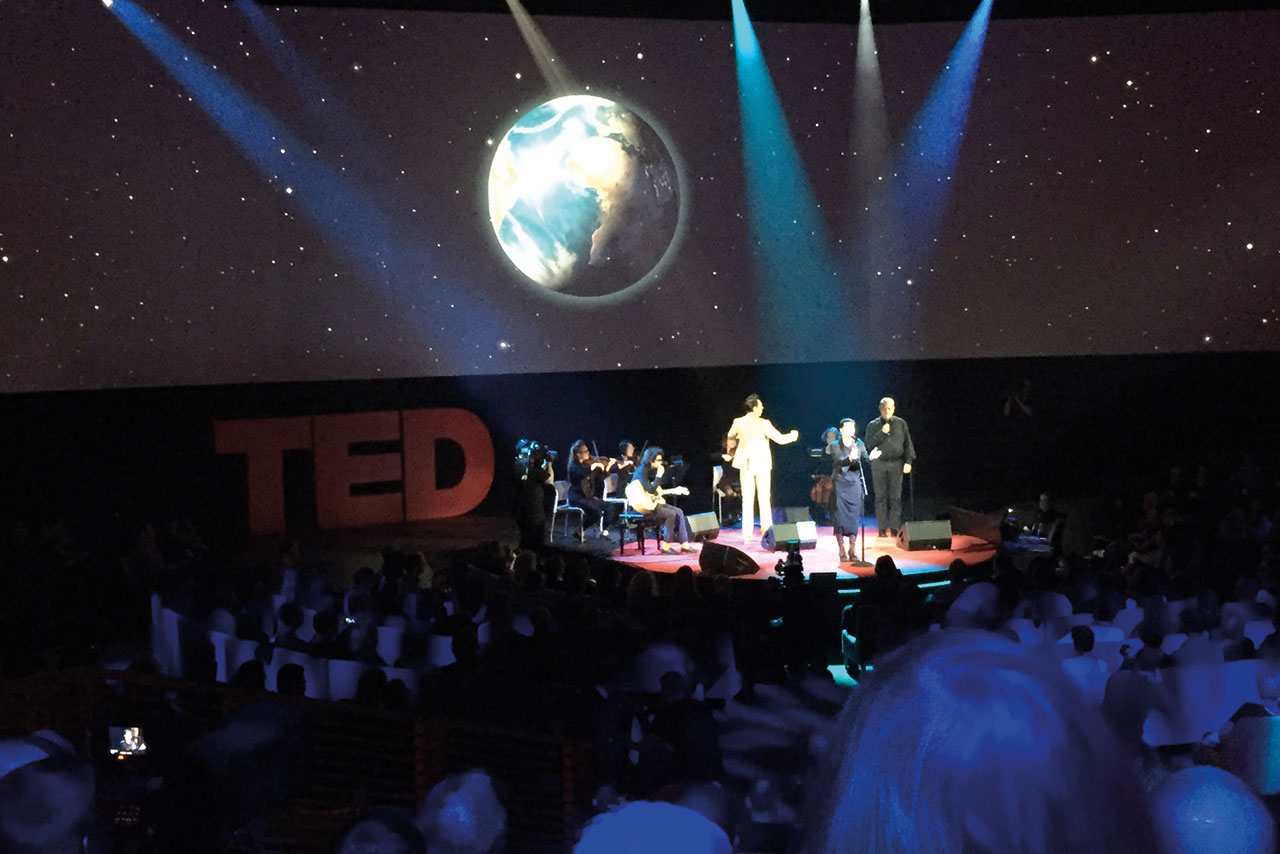 The creator of Scandal and Grey’s Anatomy gave an electrifying talk on the addictive nature of being a workaholic. She lost her creative mojo (or "hum", as she calls it) and only regained it by learning to embrace play as well as work.

He showed us a new way to redraw/modernise the world map based on economic and communications connections, not outdated 19th-century concepts such as sovereignty or physical borders. Really thought-provoking, looking at the emergence of global mega-city clusters and what it means for the future of world security. It’s good for it, by the way. Thankfully.

She was brilliant, talking about what it means to be Muslim in the US at a time when extreme-right views seem to gaining such traction nationally. Compelling, humbling, slightly depressing, but ultimately positive.  The quote that stayed with me? "Isis has as much to do with Islam as the KKK does with Christianity."

A young legal prosecutor who has become obsessed with how we need to keep young males out of prison rather than putting more of them behind bars. Prisons are too expensive and they aren’t working. He wants to put that right by concentrating on prevention versus prosecution. Smart fella.

Her presentation was probably the one I remember most from the week. She gave a spellbinding talk on what it is to be a misfit, taking us through her life that has involved two failed marriages, dropping out of college, prison and homelessness. Stunning stuff.

You may not know this yet, but you have the ability to reinvent yourself, endlessly. That's your beauty.
-Lidia Yuknavitch

This architect gave a brilliant talk on how architecture has the power to heal – literally and metaphorically. He talked about redesigning hospitals to make people well and the new project to build a memorial for those lynched in the US South as a way to heal the scars of slavery that never went away.

Countries like Germany, South Africa and Rwanda have found it necessary to build memorials to reflect on the atrocities of their past. We have yet to do this in the United States.
-Michael Murphy

This researcher has been working on a machine that can detect when we lie. It was brilliant. It turns out that there is something called the Pinocchio Effect – blood flow increases to our noses when we tell porky-pies. He can detect this with the "Transdermal Optical Imager". Cool.

From the Refugee Studies Centre at Oxford, Betts gave a brilliant talk on how we should look again at the re-fugee problem, reclassifying migrants as potential con-tributors, not burdens. He wants to change the narrative. Vital stuff.

"How have we adopted such an inhumane response for a humanitarian crisis?" @alexander_betts calls for a new vision of refugee aid #TED2016

That’s it. A top ten. Could easily have been a top 40. I didn’t mention the jaw-dropping demos of "The Void" (next-level virtual-reality gaming) or Chris Milk’s live demo of his films via Google Cardboard. Or the usual mass-drone shizzle that was just bed-wettingly brilliant for a geek like me. 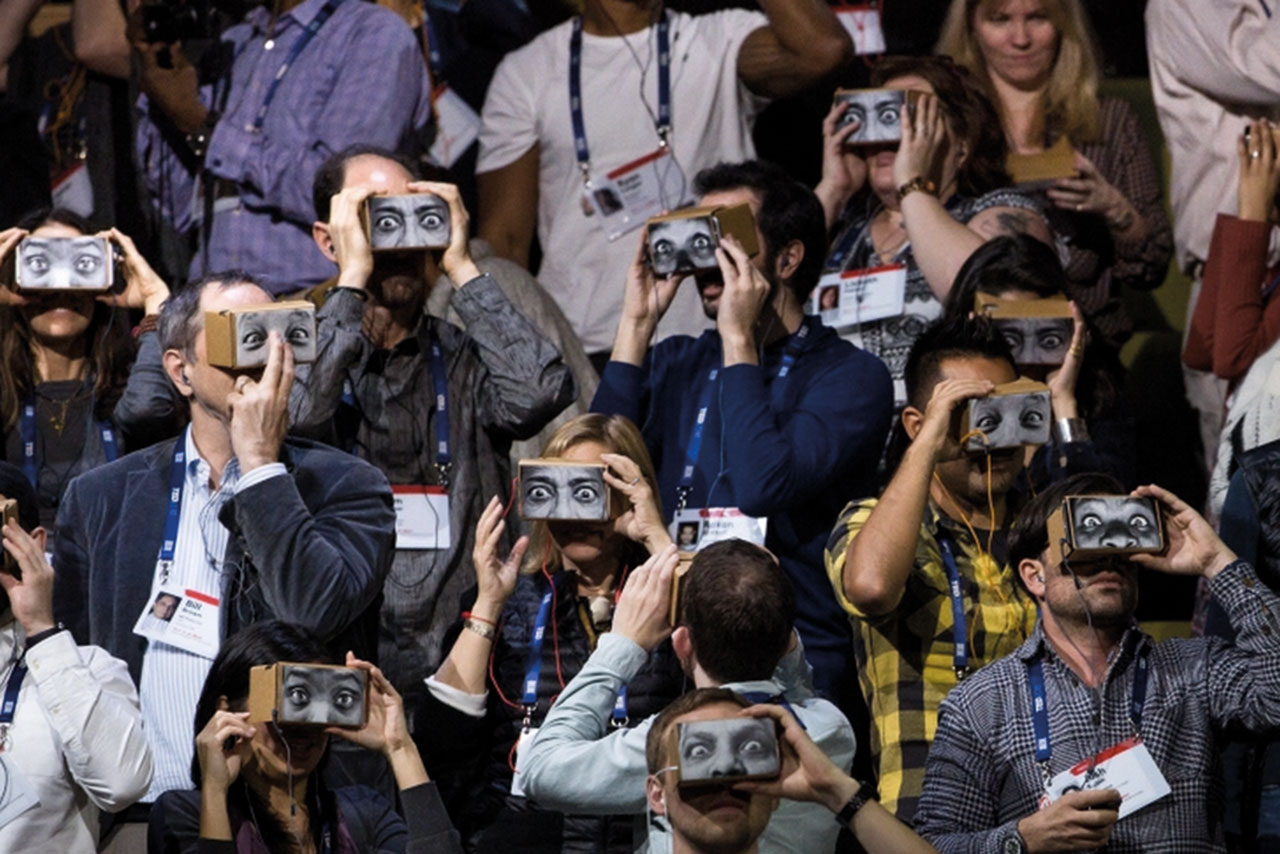 There were also fantastic music performances from artists including John Legend and Amanda Palmer. Oh, and I noticed that there seems to be a uniform among tech billionaires and Silicon Valley success stories – grey V-necked jumpers with a white T-shirt underneath, in case you’re thinking of replicating.

My wife always says I’m simultaneously at my most interesting and most annoying in the week I get back from TED. My head swimming with 1,001 things I’ve heard and seen that I just can’t wait to tell people about. I’d avoid sitting next to me on the bus for a few weeks if I were you. 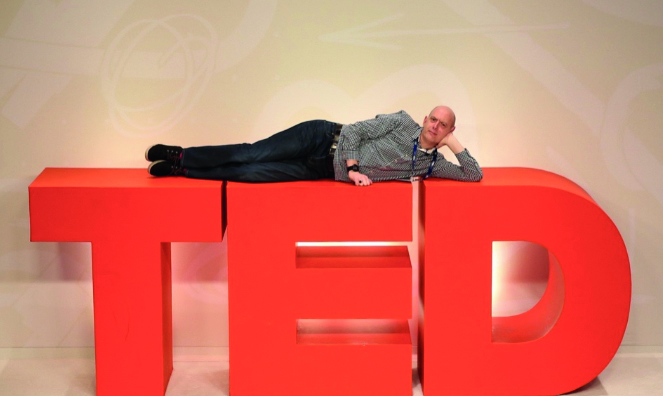 Kevin Chesters is the executive planning director at Mcgarrybowen. He is joining Ogilvy & Mather in April