There was inspiration aplenty for marketers and creatives at TED2018. Ogilvy & Mather's strategy chief shares his top takeaways from the annual conference.

TED2018 organiser Chris Anderson started the week by taking an audience poll on everyone’s dominant emotion about events of the last 12 months: fear or excitement? The result was a 50/50 split, and this was the dominant narrative of the week. Is the current state of the world a great opportunity to get us all on the right path to societal progress, or are we thoroughly doomed?

I started coming to TED in the first year of the Obama administration and now we’re into the second year of Trump. And the shadow of the Orange One did seem to loom large again.

TED2018 was the same incredible mix of topics from medicine to robotics, climate change to politics, philanthropy to architecture. There were some truly incredible talks and it remains, for me, easily the best conference on Earth (to be honest, for the price tag it should be!)

There were the usual bizarre (almost unreal) moments. I had a beer with the bloke who owns the Harlem Globetrotters and spent part of Thursday afternoon sharing a sofa with Al Gore (#humblebrag). There was also the usual jaw-dropping mix of technological innovations and advances in computing, physics and medicine. Some of the technology on show from DNA printers, to autonomous vehicles, to neuro-robotics was almost unbelievable. Science fiction becoming fact in front of my slightly jetlagged eyes.

So, the top ten talks to watch out for as they come online? 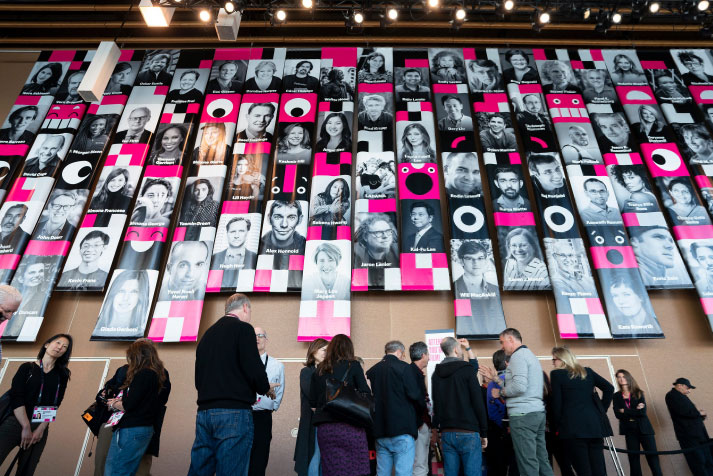 A teacher at Stoneman Douglas High School talked us through the almost unthinkable events of two months ago and her common-sense approach to gun reform. She’s a teacher with a lesson plan for addressing it.

The author of Enlightenment Now talked through his counter-intuitive but data-rich thesis that we have never lived in happier, healthier, more enlightened times in human history. It’s a compelling argument and one that makes you feel slightly better about 2018.

Historian Harari talked about how fascism doesn’t come in the form of an ugly baddie like Voldemort or Darth Vader. In fact, fascism can appear incredibly attractive, almost beautiful, when viewed through the "fascism mirror" – that’s what makes it so insidious and dangerous.

Many of the talks dealt with the topic of pervasive data and the thorny topic of use and permission. This talk predicted the end of the "poker face" as temperature, CO2 sensors, speech dynamics and our eyes reveal our inner selves to technology sensors whether we like it or not. Scary.

The famous creator of the "Shitty Robots" YouTube channel. A very funny talk with a poignant central message – designing for failure removes the pressure of success.

The writer and physicist introduced us to Fermi’s paradox and the fact that despite logic dictating that we cannot possibly be alone in this vast universe, a combination of geological data and mathematics can prove that we probably are.

He talked us through his truly astounding free climb (sans ropes) of El Capitan in Yosemite, complete with video. It just needs to be watched (unless you’re scared of heights).

Great talk. He confronted those who attack him online by contacting them directly – all can be seen on his podcast "Conversations with people who hate me". Serious message of empathy and humanity.

Public defender Steinbeck gave one of the very best TED talks of 2018, walking us through the scandal that is the US bail system and why she set up the Bronx Freedom Fund. Fifty per cent of all jail deaths (including suicides) happen in the first week and most are there simply because they’re innocent folk who cannot pay bail. 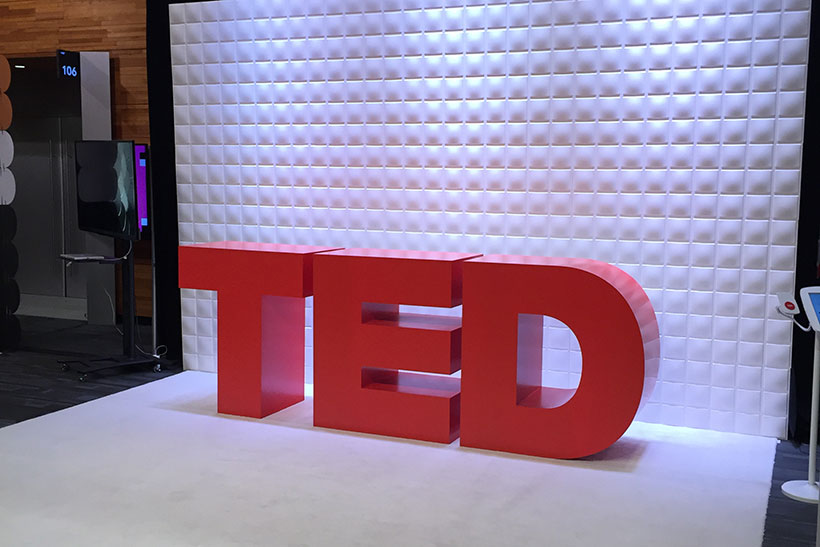 A couple more to watch for that nearly made the list: An unforgettably poignant talk from Emily Levine, and a fascinating talk on micro-finance for India’s rural poor from the amazing Chetna Gala Sinha ("Never provide poor solutions to poor people").

So, there you have it. The theme of the conference this year was "The Age of Amazement" and it certainly didn’t disappoint. Oh, and by a twist of fate I even ended up doing a talk on the main stage (!) on the last day. So, there’s one thing off my bucket list.

So how did I leave Vancouver feeling? Definitely more excited than scared. The answer to not just surviving it seems, but thriving, is to see all the things facing our species as problems to be solved versus crises to panic over. I was encouraged to see that the key to virtually every problem (and this applies to what we do as an industry as much as anything) comes down to applying creativity, optimism and often a pinch of technology.

So, my overwhelming feeling on leaving TED2018? Amazement. But I suppose that was the point, wasn’t it?

Why it's time to recognise production at the top table

What Ogilvy's planners learned after a year of getting out there

A Lilongwe from home: five lessons for planners from a Malawian ad agency

Five storytelling rules from a vicar, director, sculptress and restaurateur

Planning in the wild: How Ogilvy planners are getting out to connect with real people

O&M London has a new gang in town