The ads, which were not approved by Ford, were posted on the website Adsoftheworld.com but subsequently removed, and the creative team at JWT India was fired. However, the ads had already attracted worldwide condemnation in the context of recent shocking sex attacks on women in India.

The car maker is not the first brand to commit a blunder which has dismayed the marketing world and is unlikely to be the last. Here, Marketing charts five of the most high-profile marketing blunders in recent times.

The ad featured a member of the Argentine Olympic hockey team training in the Falkland Islands. The hockey player was filmed doing step-up exercises on a British war memorial and included the line, "To compete on English soil, we train on Argentine soil."

The ad drew protests from the British Government and Sorrell said he was "appalled" by it and promised a full investigation. In an attempt to douse the diplomatic row between the UK and Argentina, the Y&R network made a contribution to war veterans' charities. 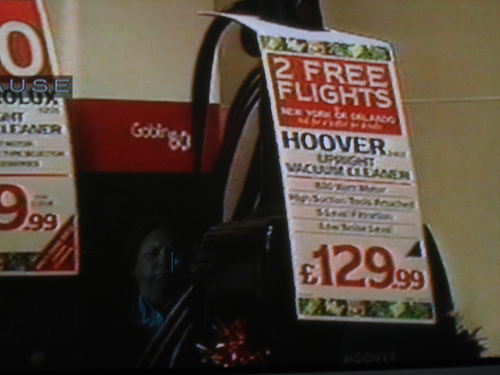 This ill-conceived promotion by Hoover cost the company at least £20m and caused huge embarrassment to its brand.

Under the offer, anyone purchasing a Hoover product costing more than £100 was eligible for two free return air tickets to Europe or the US. Any customers buying the cheapest qualifying product, priced at £119, could receive two tickets to New York. It appears the company was either hoping customers would be put off by the small print or vastly underestimated the public's love of a good deal.

The upshot was that it proved a howler an estimated 100,000 people applied for the flights. The marketing blunder cost three top Hoover executives their jobs.

Vodafone faced a backlash in Egypt after a 2011 ad suggested that the mobile giant was an inspiration behind the region's Arab Spring revolution.

The campaign featured vignettes from the Vodafone 'Our Power' campaign, spliced with images of political rallies in Cairo's Tahrir Square, before stating, "We didn't send people to the street, we didn't start the revolution…We only reminded Egyptians how powerful they are."

Well-known blogger Mohammed El-Dhashan perhaps best summed up the response to ad. He said: "I mean, never mind the years of activism, the protests, the decades of cumulated grievances, the terrible economic situation, the trampled political freedoms, the police brutality, the torture, etc. Nah- we just watched a Vodafone ad, and thought: 'Hey! We're powerful! Let's topple the president!'"

Understandably, Vodafone distanced itself from the JWT-created ad, claiming the spot was used for internal use and not for public consumption. 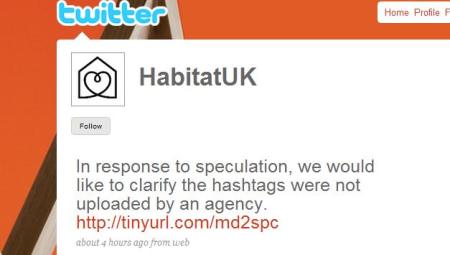 A number of brands have come unstuck on Twitter in recent years. One brand unlikely to be repeating its 2009 marketing wheeze of using popular news-related hashtags to drum up Twitter interest is retailer Habitat.

The home furnishing brand attempted to capitalise on some of the most popular subjects on Twitter at the time, by using hashtags such as #iran, #mousavi and #iphone. Predictably, the brand found itself in the eye of an online storm with people tweeting that Habitat should be "ashamed" and that it was "piggy backing" on the political situation in Iran.

Habitat claimed the use of the hashtags was "not authorised", but declined to reveal who was responsible.

Sainsbury admitted its 'Value To Shout About' campaign, aired in the late 1990s and created by Abbott Mead Vickers BBDO, was a complete flop.

The ads featured a garishly-dressed John Cleese marching around the store proclaiming the benefits of Sainsbury's "low-price guarantee" offer. During the ad, Cleese says that Sainsbury's staff are "too nice to shout about" the offer.

The ad, aimed at breaking down Sainsbury's aloof image, misfired badly, alienating staff and customers, neither of whom wanted to be lectured by the comic actor. It also failed to meet its sales targets. Cleese was subsequently replaced by a gingerbread man.

Think BR: Sports advertising - you can't just play at it