Game of Thrones, Disney's Christmas tree and Jo Malone all made the most read list over the past seven days.

The unveiling of Disney’s 14-metre high Christmas tree at St Pancras International was the most read experiential story of the past week. Officially launched by singer and TV presenter Alesha Dixon, the tree is made from 2,000 soft toys, and is designed to bring Disney Junior’s motto – 'where the magic begins' – to life. Artificial snowflakes fall from the tree every four minutes. 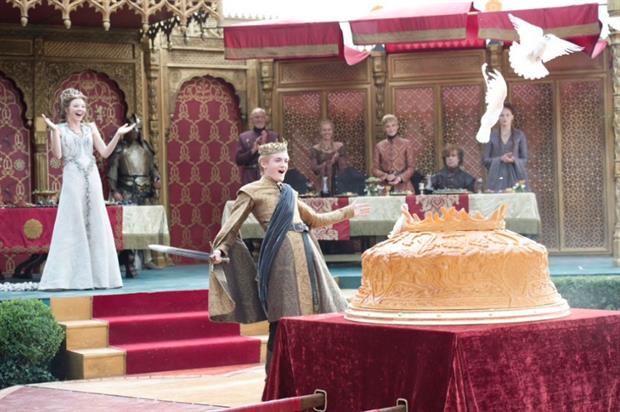 US television network HBO is currently staging an activation for its hit show Games of Thrones at Taste of London: The Festive Edition. Taking place at Tobacco Dock from 19-22 November, visitors to the show will get to experience a giant replica of the programme's fictional city King’s Landing, made entirely from gingerbread. Also at the Taste of HBO grotto will be food and drinks inspired by some of the network’s other shows including The Sopranos and Entourage.

Images from Microsoft Xbox’s Survival Billboard activity also made for popular viewing. To celebrate the launch of its new game Rise of the Tomb Raider, eight willing participants were strapped to a billboard for 24 hours, where they were subjected to intense winds, snowstorms and extreme heat. The winner of the challenge won a round-the-world trip to destinations visited by the game’s key character, Lara Croft. View our video from the activation here. 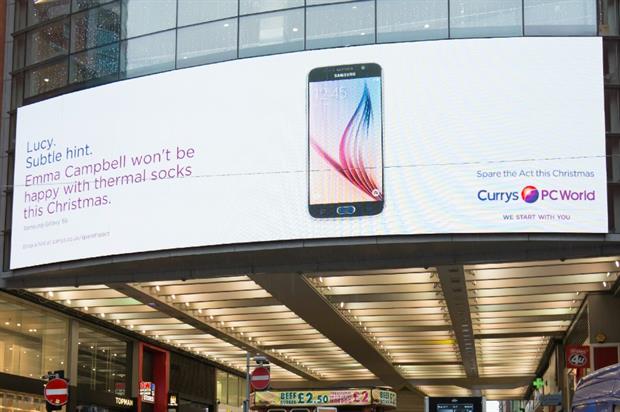 The electronics retailer launched a personal hints campaign last week, with individuals able to submit their own gift wish lists online, at which point they are displayed on outdoor sites across the country. The campaign will also extend into personalised radio adverts and paid social, with a lucky few to receive bespoke radio adverts featuring actor Jeff Goldblum.

In pictures: NFL on Regent Street event takes over London