The BT Tower pop-up, a multi-coloured London Bridge walkway and Goodwood activations from Peugeot and Citroën are among the top five most-read experiential stories of the week.

Luggage brand Kipling kicked off a new global campaign –  Spark Your City – by transforming London Bridge into a multicoloured walkway this week and quickly became our top story. Radio 1 DJ Gemma Cairney launched the activation and was on-hand to interact with some of the 150,000 commuters who cross the bridge each morning. 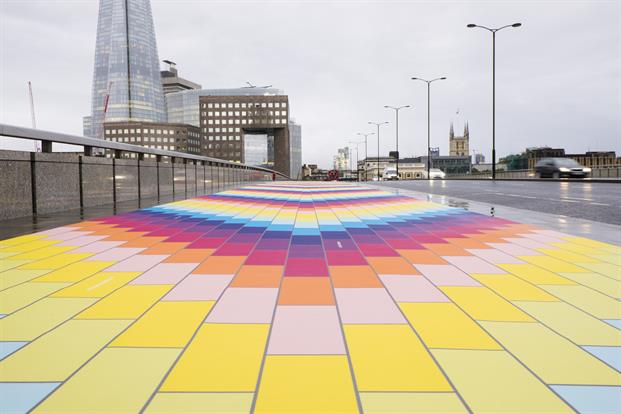 After a 35-year closure, the BT Tower in London will re-open its revolving restaurant to celebrate its 50th anniversary. The pop-up eatery is expected to host 1,400 people when it opens on 25 July until 7 August. All profits from the events will go towards ChildLine.

How to... set up your own agency

There are clearly a lot of budding entrepreneurs in the brand expereince sector as the third most-read article of the week was 'How to... set up your own experiential agency'. Three agency founders – from Inkling, RPM and Brand & Deliver – revealed their top tips on going it alone.

Event held a record-breaking Event360 creative summit at the Roundhouse on Tuesday (23 June), with more than 450 eventprofs in attendance, which was more than double the size of its first summit in 2014.

For all the news, videos, blogs and opinion from the event, visit our dedictaed Event360 channel. Articles include Eight tech trends for events, Sony, Jack Daniel's and HP discuss event success and Event TV: Event360 - The next big thing in experiential.

Peugeot and Citroën at Goodwood

Crown is delivering activations for Peugeot and Citroën activations at Goodwood Festival of Speed. The Citroën/DS Automobiles stand will feature a #myairbump activation with displays from gymnasts throughout the day. The Peugeot stand will feature HD racing pods, enabling visitors to experience the new Peugeot Vision GT concept car on the new racing game, Gran Turismo 6.

Meanwhile TRO has created Nissan's stand at Goodwood and Itch is behind Mazda's musical festival. 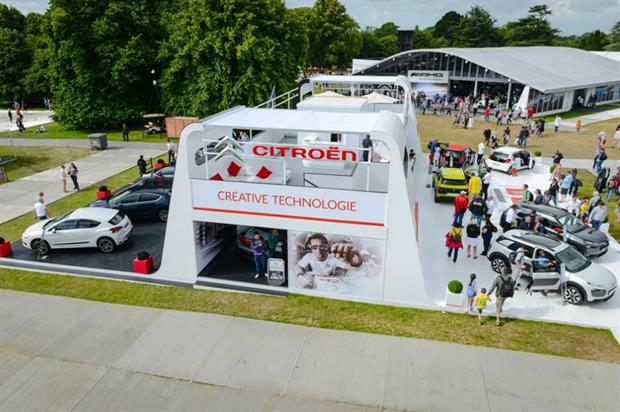 Five of the best frozen canapés for events