Creatives are already deep into Christmas jingle work and Gen Z has drunk the world’s supply of spiked seltzer. It can only mean one thing: Summer is closing.

This seems like a good time to take stock.

The weird and wonderful year of 2019 is home to many industry trends old and new. Campaign US has rounded up the most notable so far.

Agency of record contracts are increasingly becoming a rare commodity as marketers shift models and continue to push for project-based work.

It’s having a knock-on effect with the pitch process as many smaller, more nimble shops are ignoring the big reviews and opting to slide in for project execution and build out an AOR relationship from there. This route takes longer, but it’s a hell of a lot cheaper.

Meanwhile, bigger players are continuing to throw their hat into the ring for AOR pitches (even when brands aggressively squeeze budgets and the financial gain isn’t necessarily fruitful) for the safety net of a long-term payroll backer.

Agencies are actually getting ghosted

If you thought online dating was hard, try working in adland. The industry is scarily mirroring the likes of Tinder when it comes to new business -- and it’s getting worse.

Campaign US has heard from multiple shops which have been ghosted by clients, in some cases even after they’ve been named the official new agency partner via trade press. Agency staff are winning full-blown pitches or project RFPs, shaking hands with the marketers and then never hearing from them. Shops are only made aware they’ve been ghosted when they see the brand pushing new work from a completely different agency. Amazing. 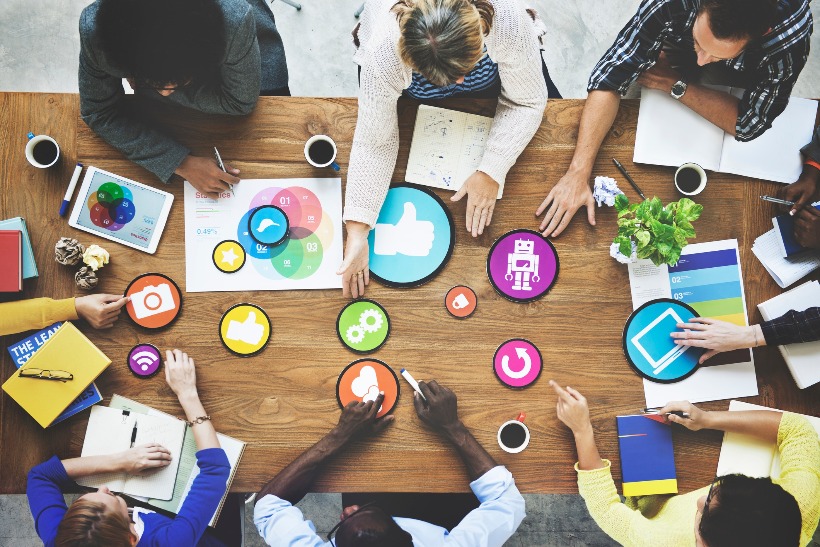 Are we on the verge of another Mediapolooza?

It’s quiet out there. Too quiet.

Aside from the general spattering of ongoing reviews, media agencies are coiled like springs bracing for an onslaught of marketers to dish out RFPs. But perhaps these shops are still recovering from Mediapolooza and struggling to handle a less manic summer.

A couple of big media accounts wrapped recently. Pharmaceutical giant Novartis selected incumbent Starcom as its global media planning and buying agency. It was the first time Publicis has integrated Epsilon into a big review. Meanwhile, Chevron decided to stick with longtime incumbent Wavemaker following a competitive review for its global media business. The WPP shop has worked on the Chevron media planning and buying business for 16 years.

So are we seeing a trend of incumbents retaining business? Well, not quite. COMvergence told Campaign US it observed overall retention rate declined year on year -- 30 percent in 2016 down to 25 percent in 2018.

It’s too early a stage to make assumptions since a couple of major pitches are still ongoing. Adland is eagerly awaiting the outcome of Disney’s media review, scheduled to close in the coming weeks.

Earlier this summer, Campaign US reported that WPP is not expected to pitch for Disney’s estimated $4 billion global media planning and buying account except in Asia, as the agency holding group seeks to avoid conflict with other clients, notably Comcast.

The Disney pitch is regarded as the biggest media review of the year as it consolidates its advertising buying, following its acquisition of Fox’s entertainment assets, including the 20thCentury Fox film studio in the US and the Star TV service in India.

The billing ecosystem will shift -- and it’s about time

The immense joy of winning that pitch your team spent countless days and nights slaving over is almost immediately crushed by confusion (sometimes months long) about how to price and deliver what has been promised.

Timesheets, well, are timesheets. And other avenues of billing time haven’t earned enough popularity to see it rolled out industry-wide. However, talk is increasingly moving toward a value proposition.

A handful of agencies agile enough to rewrite the pay model are throwing around ideas like asking clients to put a deposit down for creative then hand over an agreed percent of brand value which it directly attributes to the marketing drive months later. How that would be measured exactly is not entirely clear.

Another lightbulb moment is to slice and dice agency time into a number of packages -- the cheapest offering the least amount of client time, while the most expensive promises marketers 24/7 access to the shop (you know, like it is now but with a renewed respect for agency time).

Chatter of eliminating account people has long filled the boardrooms of agency C-suiters. But talk has never been more real than it is today.

Numerous agency folk say they’re seriously flirting with the idea as part of a structural overhaul they hope will bring creatives and strategists closer to the client and streamline services.

In principle, this could be majorly beneficial to marketers. But in reality, you’re asking staff to take on two roles in one -- dealing with the client is a full time job. And how many creative mavericks do you know would handle the barrage of client requests with patience and understanding? The answer is, probably, not many. 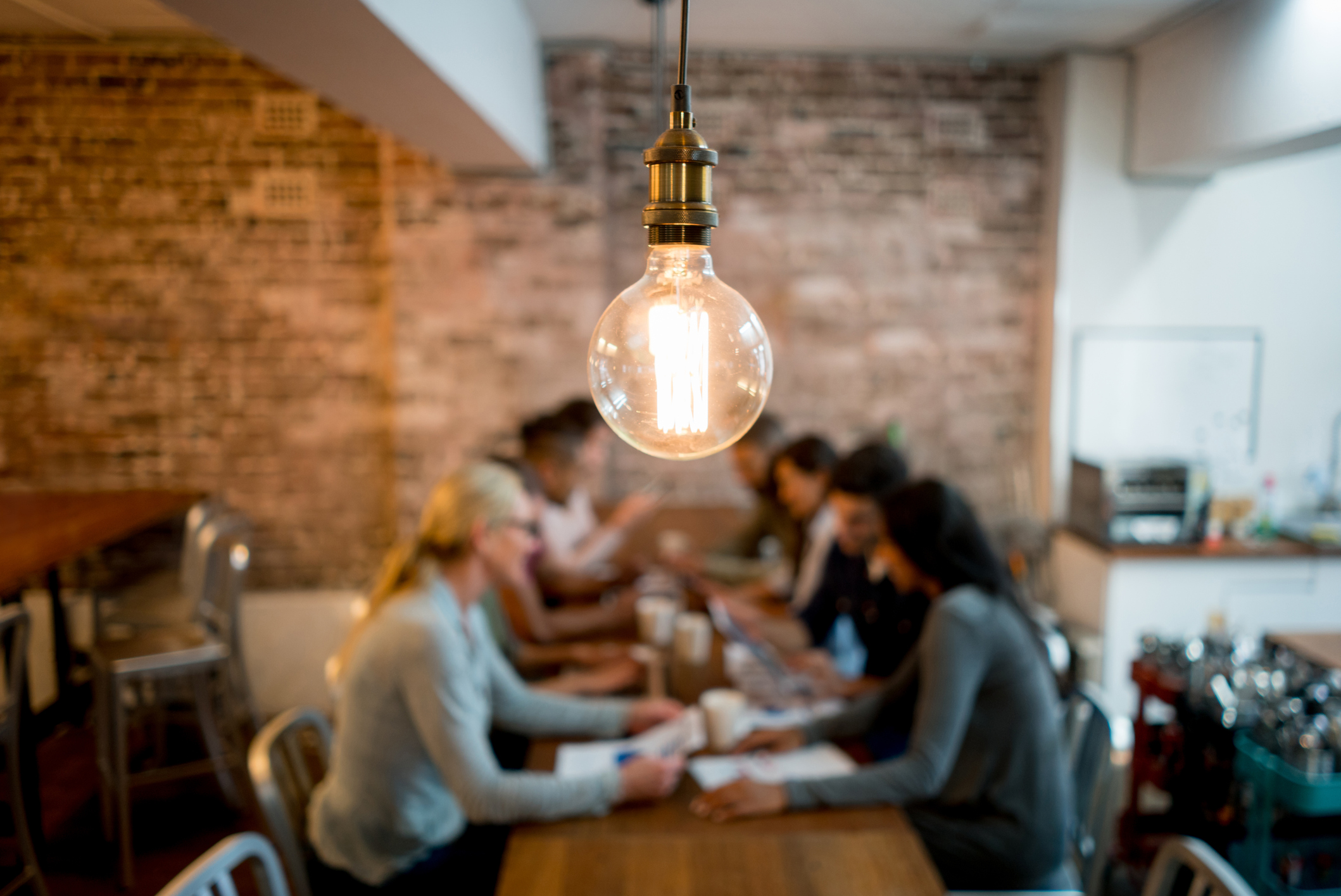 The ever-changing ad model and a rise in off-shoring

That huge question mark is still hanging over the way in which adland’s ecosystem should operate.

Industry leaders sculpting the future landscape are experimenting with model after model in the race to drive efficiency and save costs as advertisers show no sign of silencing the "more bang for your buck" warrior cry.

Basically, marketers have to work out the Rubix Cube that is: outsourcing (the traditional agency model); insourcing (bringing agency resources to sit inside an advertiser); in-housing (taking skills inhouse, with talent hired by the advertiser) and; off-shoring (operating creative in cheaper locations abroad, such as India).

A lot of attention over the past year has surrounded the workings of in-house agencies. The rumblings that these teams are a "threat" to agencies is nothing more than an urban myth. Yes, brands are dabbling in the hire of internal marketing talent, but most are doing so in a way that compliments their agency partners.

Off-shoring, on the other hand, is quietly disrupting the ecosystem in more ways than you may have thought.

Agencies are saving brands a huge amount of money by housing digital, production, and data and analytics work overseas. Publicis’ Sapient has 3,000 people in India for coding, creative, production and analytics. Ogilvy also has a creative hub over there. Wunderman Thompson leans into its Denmark team for global work. And WPP’s Hogarth has multiple off-shore locations for content creation.

Earlier this year, Campaign US reported how Nestlé has benefited immensely from Hogarth’s off-shoring. In 2018, Nestlé saw a 43 percent savings in digital content production for Nestle Infant Nutrition compared to the year before, and a whopping 80 percent savings in video production of Nestlé Recipes with culinary brands, said Loaiza.

Sit down with any recruiter in adland and they’ll sing praises of the industry leaders’ earnest approach to diversity and inclusion. People want to employ people who do not think like them because they know equality and diversity of thought ultimately breeds better creativity.

Agency heads are sincerely searching for a more eclectic workforce and are throwing themselves wholeheartedly into the process without a tick-box mentality. But shops are continually tripping over their own feet when they expect diverse talent to assimilate to a legacy culture.

In other words, agencies hire for talent only to beat it out of them. This is the challenge adland must overcome before more positive transformation is seen.

How pitches uphold the patriarchy (and hurt your brand)