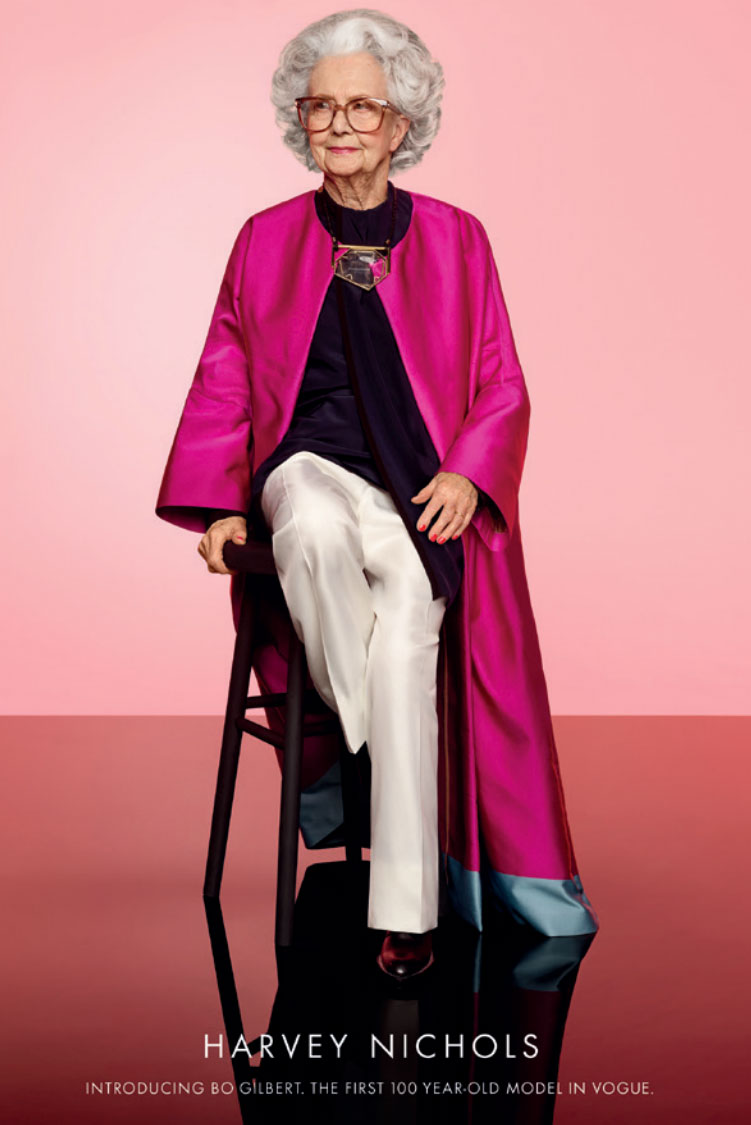 Adam & Eve/DDB created the campaign to address ageism in the fashion industry as well as promote the retailer’s willingness to "do things differently". The elegant images were shot by renowned fashion photographer Phil Poynter, launch creative director of Dazed.

The campaign helped earn Adam & Eve/DDB the coveted Press Agency of the Year title at this year’s Campaign Big Awards. 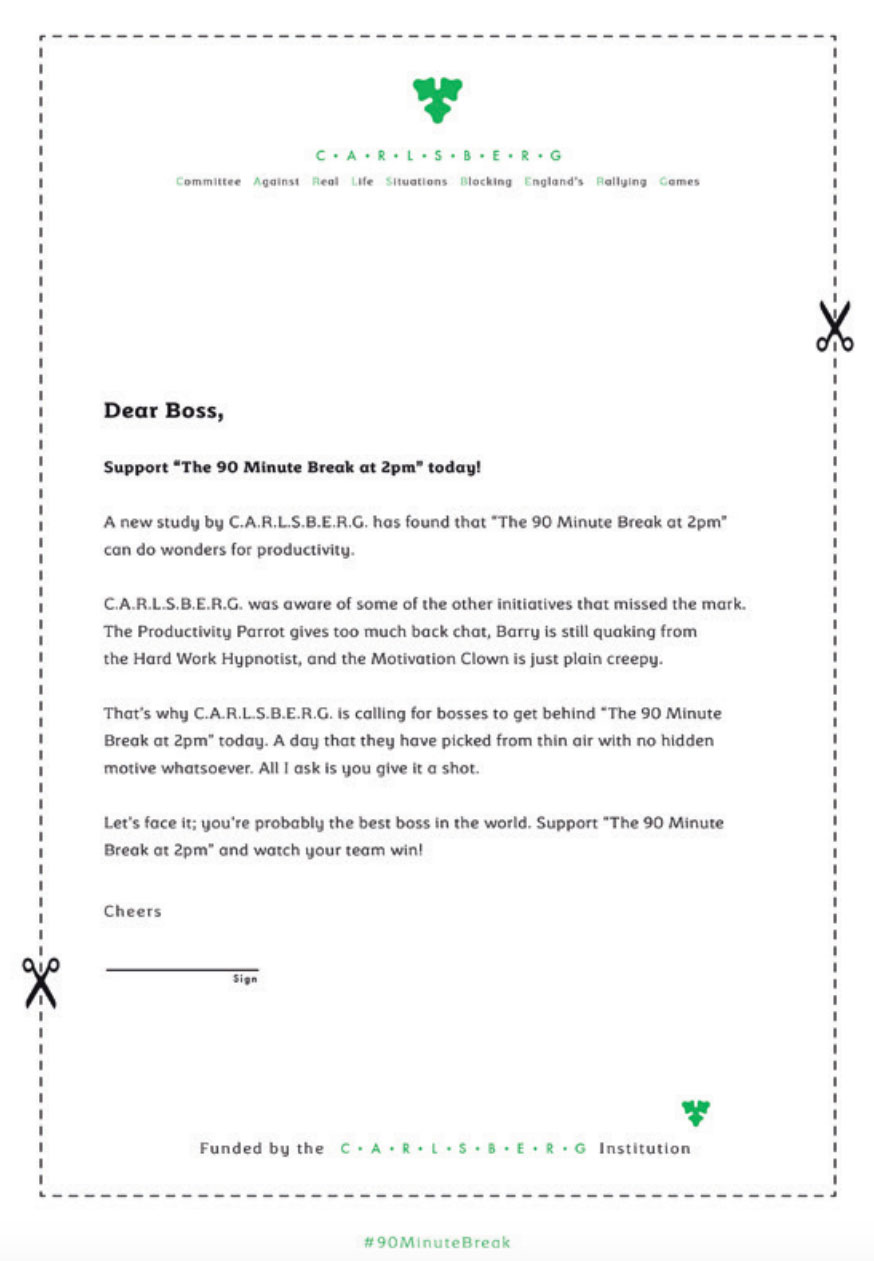 On the day of the Euro 2016 England v Wales clash in June, Carlsberg unveiled a tactical press ad in Metro in which fake research company C.A.R.L.S.B.E.R.G. implored company bosses to institute a 90-minute break for staff at 2pm, so fans would be able to watch the game. 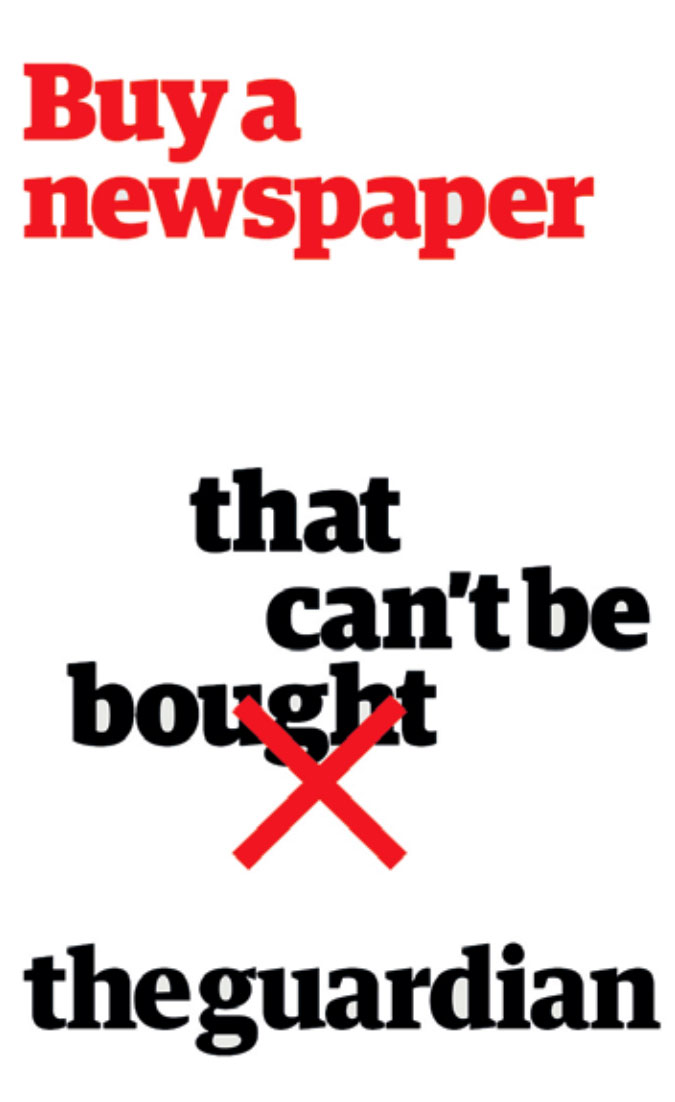 Hot on the heels of The Independent closing its print edition, Bartle Bogle Hegarty created an unapologetic campaign for The Guardian to celebrate its independence and that it remains free to read online, unlike some competitors.

A set of ads were launched featuring provocative statements in The Guardian’s "Egyptian" typeface including "Buy a newspaper that can’t be bought" and "No one edits our editor". Subtle details feature too, such as a gun crosshair and a crossed ballot paper. 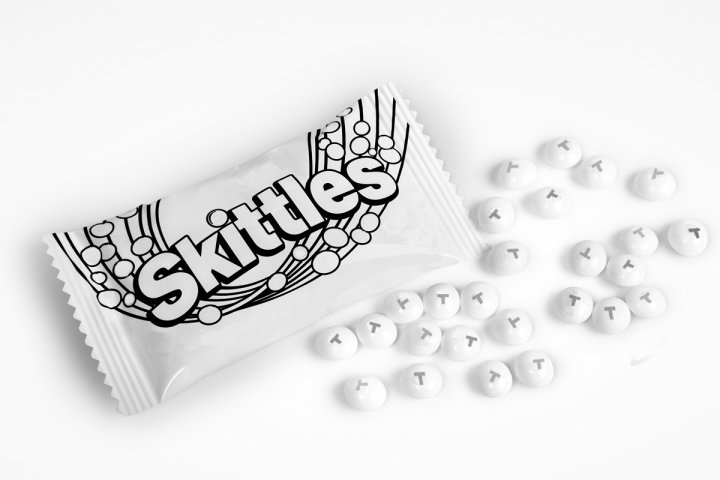 The multicoloured-sweet brand launched a campaign for this year’s Pride in London festival with a print announcement that Skittles would give up its rainbow "to focus on the one rainbow that matters… Pride’s".

The striking black-and-white ad was published in June as an open letter to Pride in London, with text formatted as a rainbow in a corner of the page. Skittles also launched an outdoor campaign during the Pride celebrations, where monochrome packets of Skittles were given out, as well as animated activity on social media. 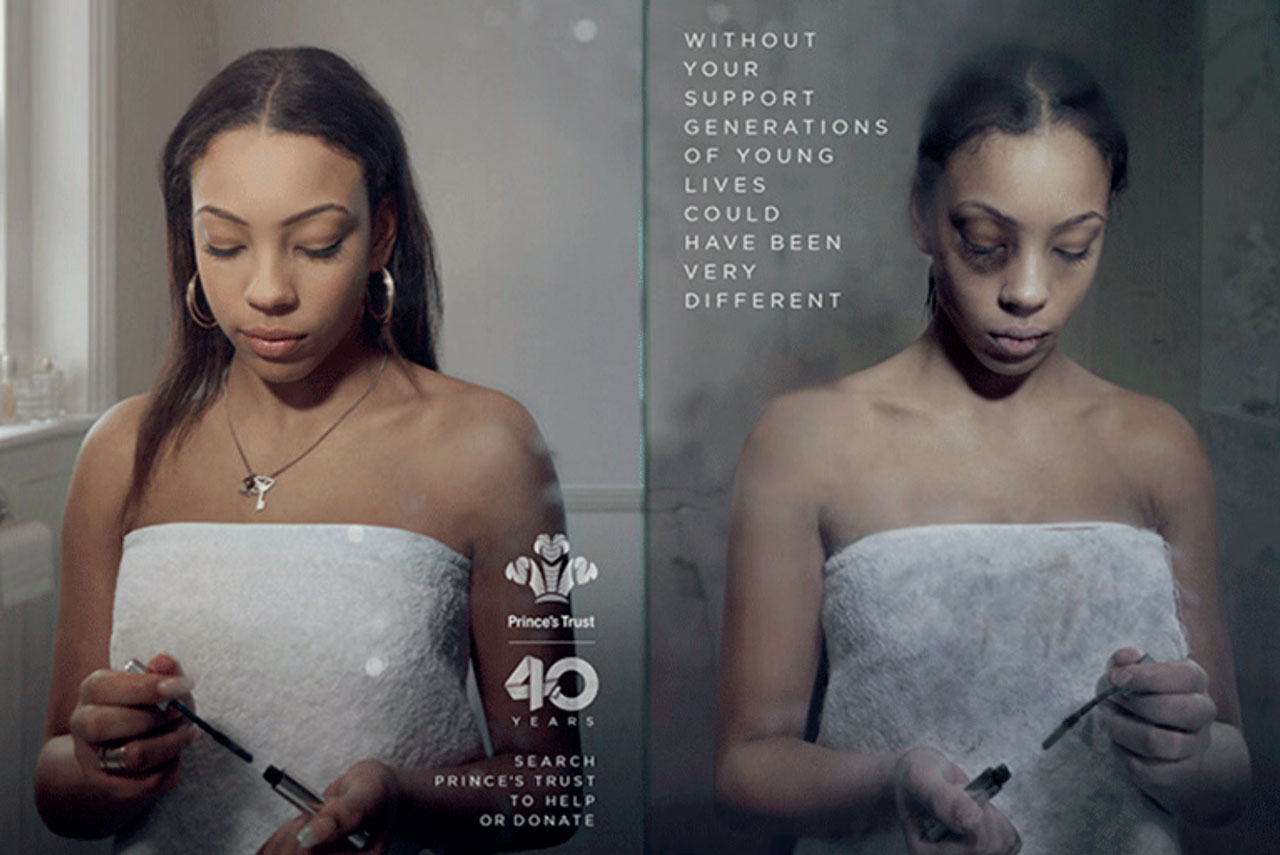 Two very different versions of people’s lives are laid bare in this powerful work by CHI & Partners for The Prince’s Trust’s 40th anniversary.

The mirrored shots depict how a person’s life is versus what it could have become had they not received support from the charity, which helps young people receive education and training. 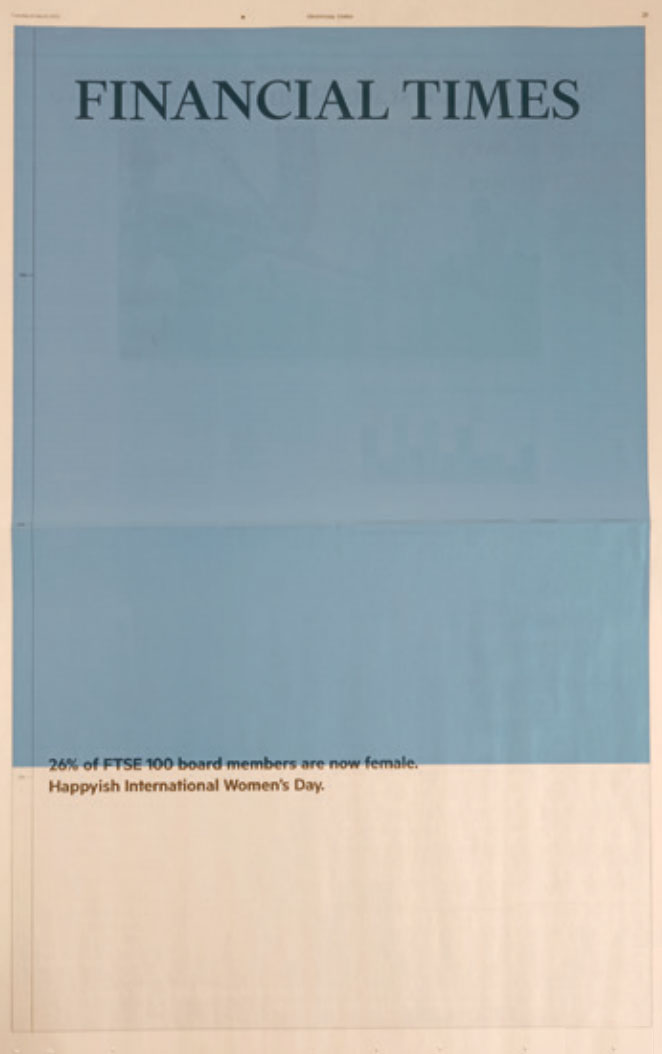 To highlight the fact that only 26% of board members of FTSE 100 companies are women, Adam & Eve/DDB turned the iconic pink page of the Financial Times blue (except for a narrow 26% strip that remained pink) and wished readers a "Happyish International Women’s Day".

FT social sites were also turned 74% blue to show how far the business world still has to go to achieve equality. 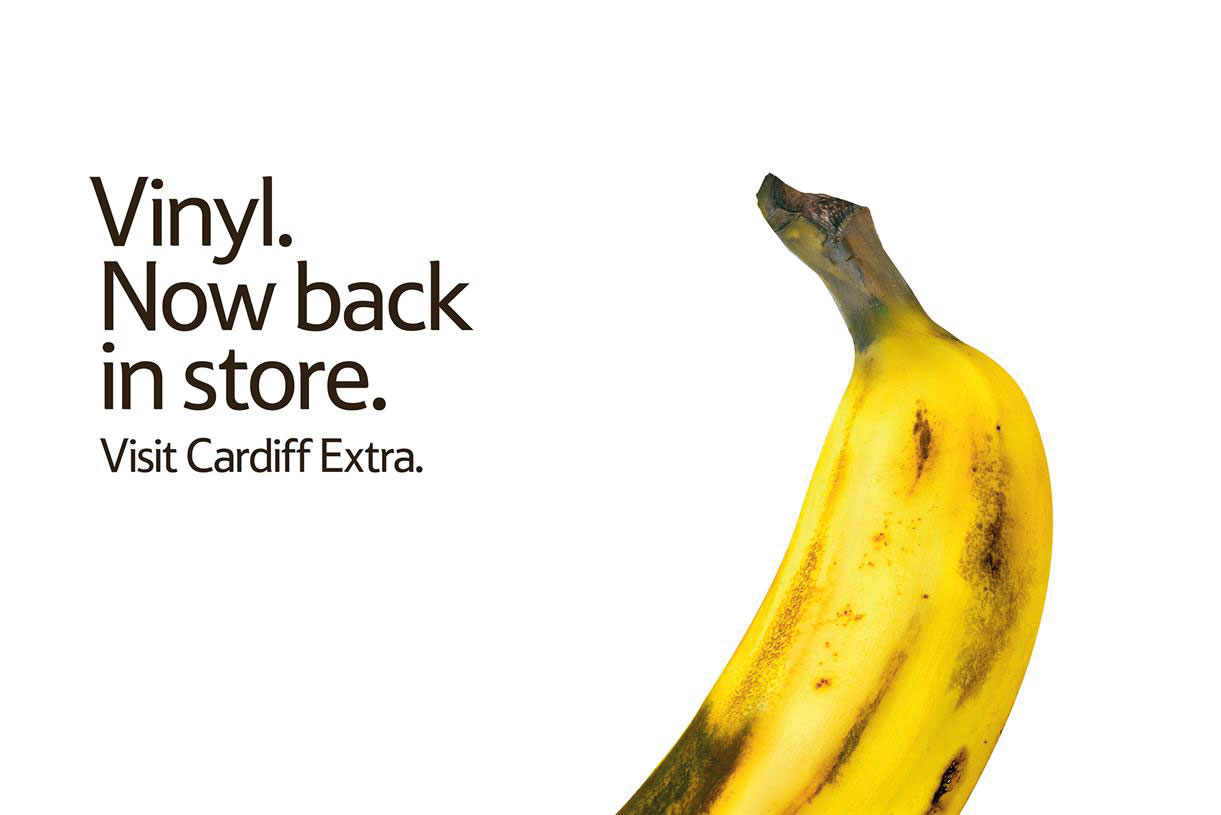 Tesco added vinyl to its inventory this year after sales of old-fashioned records surged to a 21-year high in 2015. 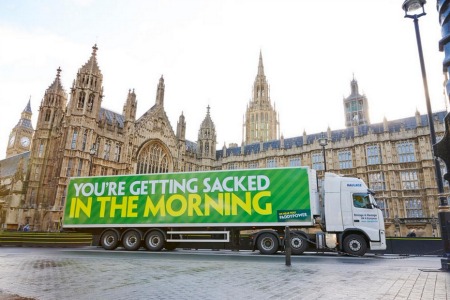 A national sporting scandal deserves a great tactical ad and Lucky Generals duly delivered in September by lauding Sam Allardyce’s very short reign as England football manager. Allardyce, who was sacked for inappropriate comments made during a newspaper sting by The Daily Telegraph, was thanked by Paddy Power for being (technically) the greatest England manager of all time: he presided over only one match, which they won – and even kept a clean sheet.

The work appeared in The Sun and depicts the brand’s identity as fun and irreverent.

To promote the paper’s US election coverage in November, the Financial Times set itself in opposition to posttruth politics with a campaign including statistics and insight about issues such as household income, immigration, trade and manufacturing.

Much of the creative was developed in collaboration with the title’s journalists. 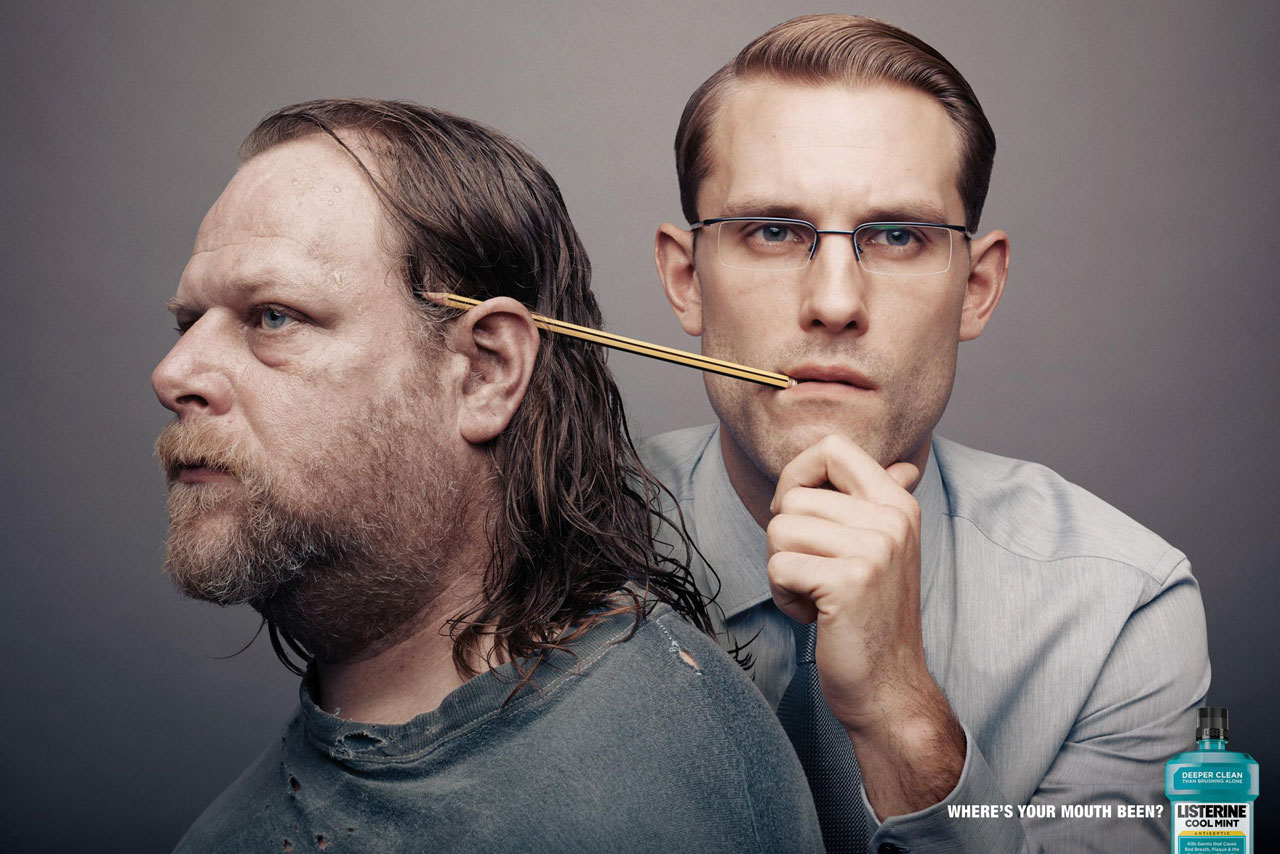 That pencil in your mouth: you wouldn’t be chewing it if you considered where it might have been before. Behind a sweaty man’s ear is one of the possibilities mooted by J Walter Thompson. Near a builder’s bum, in a second execution, is another. Better rinse and spit.