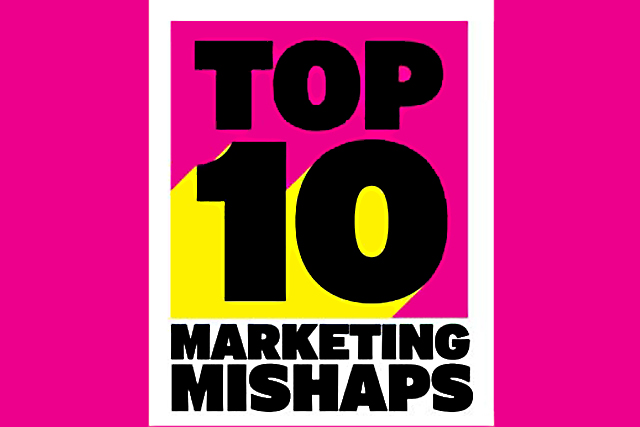 The past 12 months have delivered some marketing mistakes of epic proportions. Nicola Kemp rakes through the ashes to reveal the biggest mishaps of the year.

Apple out of tune over U2 album

In a monumental display of corporate arrogance, Apple ‘gifted’ all its iTunes customers with the U2 album Songs of Innocence to celebrate the launch of the iPhone 6 in September. The U2 page set up on Apple’s website triumphantly declared: "Never before have so many people owned one album, let alone on the day of its release."

What it omitted to mention, and Apple had seemingly deemed to be a minor detail, was that none of these 500m customers had actually chosen to download the album. After a major customer outcry, Apple had to rush out a special tool that could be used to delete the album and remove it from the user’s purchase history.

It was a fundamentally flawed marketing strategy and one that will take its place as a long-term lesson on the importance of permission and empowering consumers to opt in or out at their convenience.

Steve Jobs famously declared: "It’s really hard to design products by focus groups. A lot of times, people don’t know what they want until you show it to them."

However, there is a big difference between identifying something that consumers would not otherwise have realised they wanted and foisting a product, for which they have no desire, on them.

While we will probably never find out exactly how many iTunes users deleted the album, Apple will be ruing its faux pas for some time. 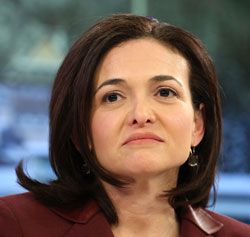 It was a cruel summer for Facebook. The world’s biggest social network found itself on the receiving end of a widespread backlash after conducting research that involved secretly altering the news feeds of more than 700,000 users.

Facebook undertook the study in partnership with Cornell University and the University of California in 2012, but made the results public only this July.

As part of the project, the social network manipulated its algorithms so that it controlled the proportion of negative or positive posts that appeared on consumers’ news feeds. It concluded that Facebook could influence whether users felt more positive or negative by doing this.

The backlash was swift and intense. Facebook’s chief operating officer, Sheryl Sandberg (pictured), was duly wheeled out to apologise for the research, telling users: "We never meant to upset you." However, this is unlikely to be the last time the social network falls foul of its users and advertisers. TS Eliot wrote in The Hollow Men "between the idea and the reality falls the shadow"; Facebook falls firmly in this shadow.

Coke divorces itself from gay-marriage scene for Irish ad

Coca-Cola kicked off the year on a low, finding itself under fire over its decision to cut a gay-marriage scene from the Irish version of its ‘Reasons to believe’ campaign. The ad, which was intended to show there is "more good than bad in the world", ended up suggesting to consumers the opposite. The brand was quick to point out that the Irish version included an exclusive St Patrick’s Day scene and that the reason the spot was changed was because "while civil partnership for gay people is legal [there], gay marriage is currently not", but the damage was already done.

The call for transparency is loud, so brands must constantly question their ethics and creative vision. Coca-Cola may be the world’s biggest brand, but it does not operate in a vacuum. Indeed, it could be argued that the fact gay marriage is not yet legal in Ireland should have made supporting its recognition even more important.

Brands would be well advised not to pick up and drop social causes on a whim, however. As Clayton M Christensen, a leading thinker on innovation, declared in How Will You Measure Your Life?: "It’s easier to hold to your principles 100% of the time… Decide what you stand for and stand for it all the time." It is a lesson that applies as much to brands as individuals.

The perils of putting profit ahead of purpose were highlighted by the outcry against the FA and Nike’s decision to launch an England football shirt for the World Cup Finals with a hefty £90 price tag. The extent of the misjudgment was magnified by the fact it was the fourth replica kit to have been launched for the ailing team in 12 months. As The Telegraph’s ‘Sport’ supplement aptly declared: "England may have a history of underachievement on the field, but the new shirt, made by Nike, shows they are world leaders in what they charge supporters." 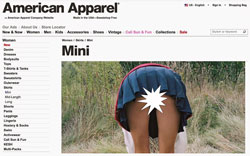 The objectification of women may be one of the most ineffective and tired forms of marketing, but American Apparel is yet to dispense with the tactic. An ad campaign for the fashion brand was banned by the ASA, which accused the firm of promoting seedy ‘up-skirt’ photographs. The campaign included pictures of a model bent over touching the ground, revealing her crotch and underwear, and another showing a woman bending over.

The ASA concluded that "the ads had the effect of inappropriately sexualising school-age girls and were therefore offensive and irresponsible", and that the ads "had not been prepared with a sense of responsibility to consumers or to society".

The retailer’s response, that it believed it is "well-known for [its] provocative images and ads" and that its customers were "therefore well aware of those images before they chose to actively follow American Apparel’s social-media accounts or browse its website", served only to worsen the brand’s image.

Microsoft boss tells women not to ask for a pay rise

Satya Nadella, the chief executive of Microsoft, sent the Twittersphere into overdrive with his jaw-dropping comments that women have no need to ask for pay rises and should instead put their trust in the system. The fact that his words came at the Grace Hopper Celebration of Women in Computing served only to compound the mistake. In possibly the single worst piece of career advice ever delivered, Nadella claimed that not asking for a rise was "good karma" that would help a boss realise the employee could be trusted and should have more responsibility.

He later backtracked, but the message was out there. Not only was this a major error of judgement and a PR disaster, it was also a stark reminder of the lack of diversity in technology.

Microsoft was not the only leading technology brand to cause a furore over its attitude to women. In October it was revealed that both Facebook and Apple have added egg-freezing to their employee benefits. That two of the world’s biggest tech brands apparently felt it was acceptable to encourage women to delay having children to further their careers shows just how far there is yet to go in addressing gender inequality in the workplace. 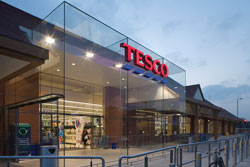 In years gone by, it would have been safe to assume that many in the industry thought the Tesco brand infallible. The tenet that big is better, allied to there being no aspect of consumers’ lives that the supermarket could not success­fully colonise, were seemingly unarguable. Fast-forward to 2014 and it is an entirely different story for the retailer, which has been unceremoniously ousted from its marketing pedestal.

If Tesco’s marketing division had as much creative flair as its finance team, 2014 might have been a better year for the brand. The retailer has endured possibly the worst 12 months in its history, since announcing in Sep­tember that a £1.1bn estimate of its first-half, pre-tax profit had been overstated by £250m, a figure later increased to £265m.

The brand, which attributed the colossal error to problems in the way in which it recognised income from suppliers, asked eight senior manag­ers, including UK managing director Chris Bush, to step aside. 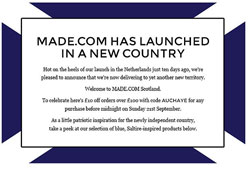 It probably seemed like a good idea at the time; in fact, one can almost picture the brainstorming session. A Scottish-themed ad to take advantage of the real-time newsroom – launched just hours after Scotland announced its independence. Yet the small matter of Scotland voting ‘no’ to a split from the UK somewhat dampened its effective­ness. The ad generated buzz for all the wrong reasons, and Made.com quickly apologised, declaring that it had "accidentally hit send on an email we prepared in case of a ‘yes’ vote for Scottish independence". Later, the online furniture retailer claimed the email blunder was in fact a deliberate ploy. Either way, it garnered plenty of attention for the brand, although, unfortunately, none of it appeared to be for the right reason.

‘You’re on Coke’ line fails to hit the highs

Coca-Cola landed on the wrong side of consumers after launching a short-lived campaign in North America, featuring the strapline ‘You’re on’ alongside a Diet Coke logo emphasising the word ‘Coke’. Suggestions that the Diet Coke brand had implicitly made reference to the use of a Class A drug led the soft-drinks company to quickly suspend the campaign. 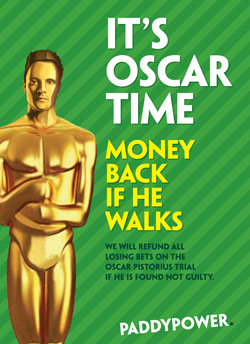 A Paddy Power ad that offered a ‘money back if he walks’ guarantee for bets placed on the verdict of Oscar Pistorius’ murder trial drew a record 5525 complaints to the ASA.

The bookmaker, known for pushing the boundaries with its marketing, overstepped the mark with this campaign, which smacked not only of sensationalism, for which it is renowned, but also an abject lack of moral integrity.

On the day of Pistorius’ sentencing in October, #HerNameWasReevaSteenkamp was trending on Twitter, as users sought to highlight the feeling that the victim had been ‘airbrushed’ out of the coverage of the trial and her killing. Paddy Power so often gets it right with its mischief strategy – think the ‘Rainbow laces’ activity – but this stunt was poorly judged.

#Fail: a year of social-media blunders

Social media has matured as a marketing medium, but the eye-watering inability of social-media managers to prevent an array of crass cock-ups continues apace. 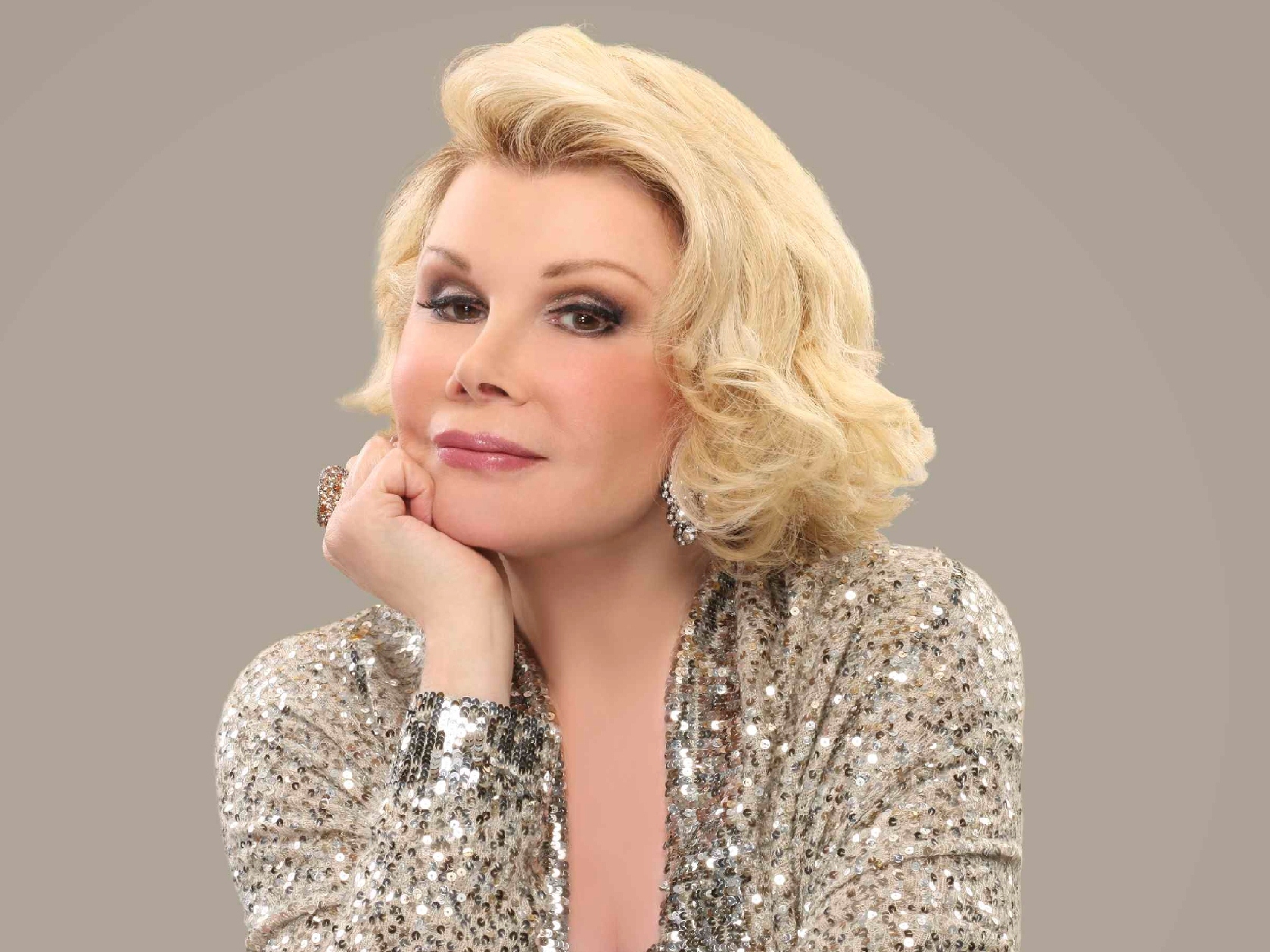 On 4 September, veteran US comedian Joan Rivers died, but several days later she apparently posted on Facebook from beyond the grave detailing her joy at the arrival of the iPhone 6. The gaffe served as a warn­ing about the danger of scheduled posts, but is far from being an isolated incident.

Unfortunately, all too many brands are guilty of believing that consumers exist in their worlds, rather than vice versa.

Many have jumped on the social-media bandwagon, but plenty also lack the editorial judgement necessary to know when to stay silent. It is a failure that was placed into sharp focus on the anniversary of 9/11, when myriad brands attempted to commemorate the tragedy with heavily branded tweets. Of course, there were those that marked the occasion sensitively and appropriately, but they recognised that 9/11 was, and is, bigger than a branding opportunity.

It is a lesson brands cannot be reminded of too often. In October, DHL was forced to issue an apology after it tried to use the life-threatening crash of Formula One driver Jules Bianchi to rack up Facebook ‘likes’. Following the accident the ‘Formula 1 Backstage by DHL’ Facebook page told its followers: "By clicking ‘Like’ on this occasion, you’ll be sending Jules your best wishes for a speedy recovery."
The post not only seems to have a shockingly insensitive agenda, but is also symptomatic of a broader malaise endemic in the industry.

In the rush to embrace the 24-hour demands of the social-media newsroom, it is all too easy to see any given situation as a marketing opportunity. If the industry has embraced the rhetoric of the newsroom,now it must embrace its ethics.

Tesco sorry for less than 'awsome' grammar gaffes on babywear... and more

How marketing fits into the bigger picture of brand fame