How do you educate busy parents about the UK’s obesity epidemic without lapsing into dull statistics or fear tactics? M&C Saatchi and Public Health England’s Sugar Smart app allows parents to scan food and drink products for sugar content, with the amount helpfully displayed as sugar cubes.

Levi’s smart jacket is like something from a sci-fi film. Woven using interactive thread from Google, the jacket’s gesture technology allows cyclists to get navigation prompts, information on local places and even take calls. Google has been working on its interactive Jacquard thread for more than a year in a race to create a wearable platform.

Sir David Attenborough turned 90 this year and celebrated with an app containing 1,000 clips from his back catalogue of nature programmes. The archive can be browsed by species, habitat and behaviour. It also contains viral moments from his latest series, Planet Earth II, including the much-discussed marine iguana versus racer snakes scene.

Bad dental habits, such as not brushing properly, start young. To combat this, R/GA and Unilever dental-care brand Signal conceived a storytelling chatbot, delivered on Facebook Messenger, that entertains a child while they brush their teeth with a parent and encourages them to brush for longer. The bot initially launched in Indonesia and Vietnam, which have lower-than-average brushing frequency. 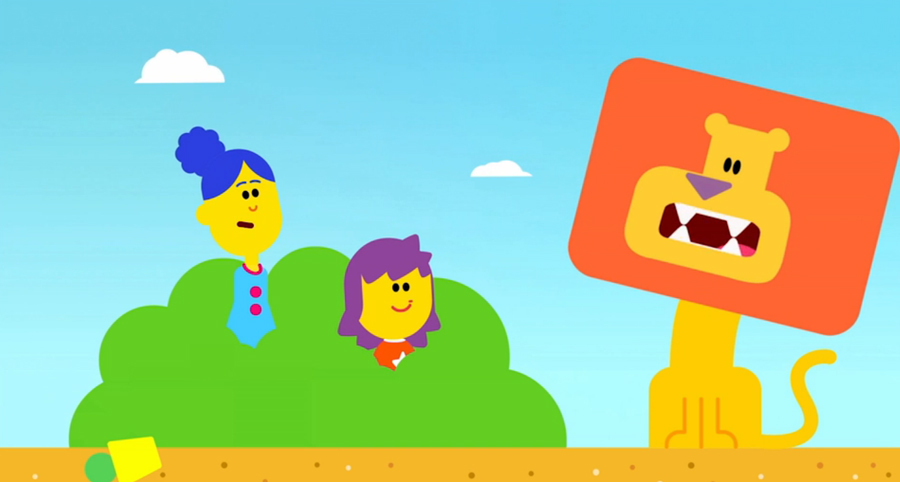 Computational thinking is no longer limited to staring at screens with the arrival of child-friendly concepts such as Raspberry Pi and, now, Project Bloks. Google has collaborated with Stanford University and design company Ideo to create a physical coding experience. The project allows children to understand programming concepts by putting together physical components.

6. Bupa ‘How is your body performing?’

Bupa’s health questionnaire takes the form of an interactive music video, in which The Futureheads represent organs. Users must answer questions about the health of their heart, lungs, bones and liver – and each band member’s performance gets better or worse accordingly. Eventually, all four members play together in a neat take on the user’s overall health.

Ted Baker went interactive for its "Mission impeccable" brand activity, with Poke teaming up with Google’s The Zoo to give shop display a twist. During the campaign, windows across Ted Baker UK outlets were emblazoned with a spy phrase. Passers-by stepping up to the glass were instructed to speak the code into their smartphones, which opened up a sponsored page. Clicking through yielded a prize that could be claimed in-store.

Almost 10,000 people a year die from London’s air pollution. Plume Labs launched an initiative with DigitasLBi to measure toxic gas levels in the capital using a trained flock of pigeons. Sensors, which were attached to the birds, reported air-pollution levels through Twitter. Users could tweet their postcode to receive an instant response on pollution in their area.

An orchestra of connected washing machines is unlikely to prove more majestic than the London Philharmonic any time soon, but it’s a neat way to bring the Internet of Things to life. SapientRazorfish created a soundscape of Bosch appliances for this year’s Consumer Electronics Show as part of the brand’s wider "Simply.Connected" campaign.

Channel 4 marked the return of its sci-fi drama Humans in a suitably futuristic manner, bringing its fictional "synths" to life as Facebook Messenger chatbots. Users could talk to the bots as if they were real, though the conversation would eventually take a darker turn. The bots were cleverly scripted to appear interactive and chilling.

Twitter reveals insights from the best social campaigns of 2016