It comes as Chicken of the Sea pledges to give 10,000 cans of seafood to the 100Roofs Project.

More than $500,000 has been raised to aid Puerto Rico’s hurricane recovery efforts by Today, I’m Brave.

The Los Angeles-based non-profit, born out of creative agency David&Goliath, smashed its fundraising goal for the 100Roofs Project at a gala hosted by actors and activists Ramon Rodriguez and Rosie Perez.

The initiative will see 100 roofs rebuilt in devastated areas of Puerto Rico by the end of this year.

"With 60,000 families living under blue tarps instead of roofs a year after Hurricane Maria and Irma devastated Puerto Rico, we wanted to not only provide an immediate solution by rebuilding roofs, we wanted to provide a sustainable one by teaching Puerto Ricans the skills to rebuild roofs in their communities," said David Angelo, founder of Today, I’m Brave and founder and chairman of David&Goliath. 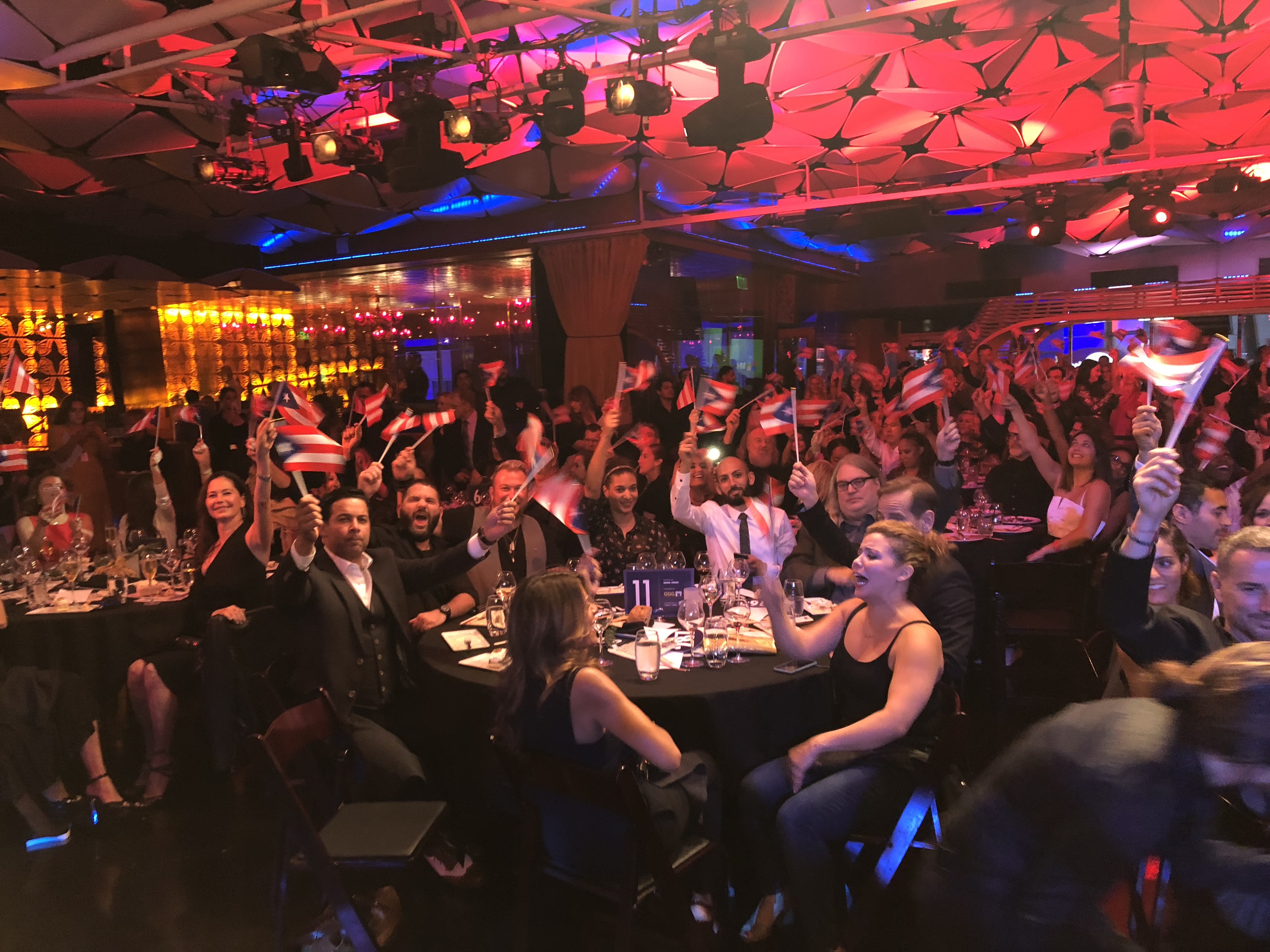 "Those are two tangible outcomes that people can rally around and support, and they did, by the hundreds."

100Roofs will soon be sending volunteer carpenters to Puerto Rico to rebuild roofs and teach local men and women carpentry skills through an apprenticeship program so they have the tangible and empowering skills to rebuild their respective communities. 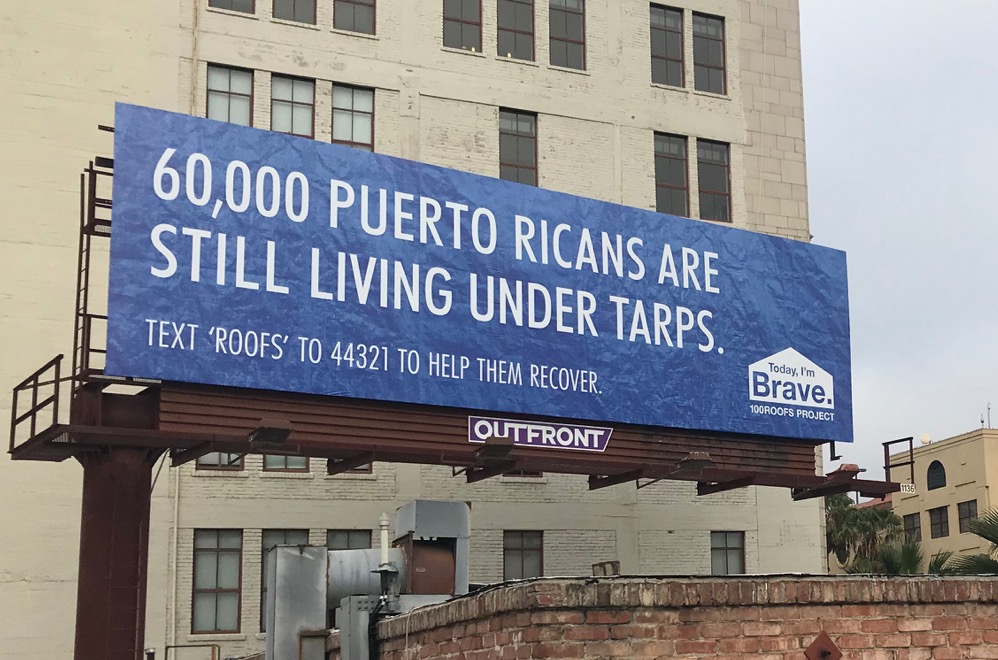 During the Gala, Rodriguez played a teaser for his documentary, "Pa’Lante," that was co-produced by Today, I’m Brave and Rodriguez. It chronicles the rebuilding of five roofs in Puerto Rico as part of a pilot program. The 28-minute documentary was featured at the Catalina Film Festival on Wednesday September 26 in its first LA screening at which Rodriguez and Perez received a humanitarian award for the powerful film.

In addition to monetary support, there were several in-kind donations, including ad placements from Twitter and a billboard that went up in the heart of Hollywood on the one year anniversary of Hurricanes Maria and Irma, generously donated by OUTFRONT Media to commemorate and raise funds for the hurricane victims. 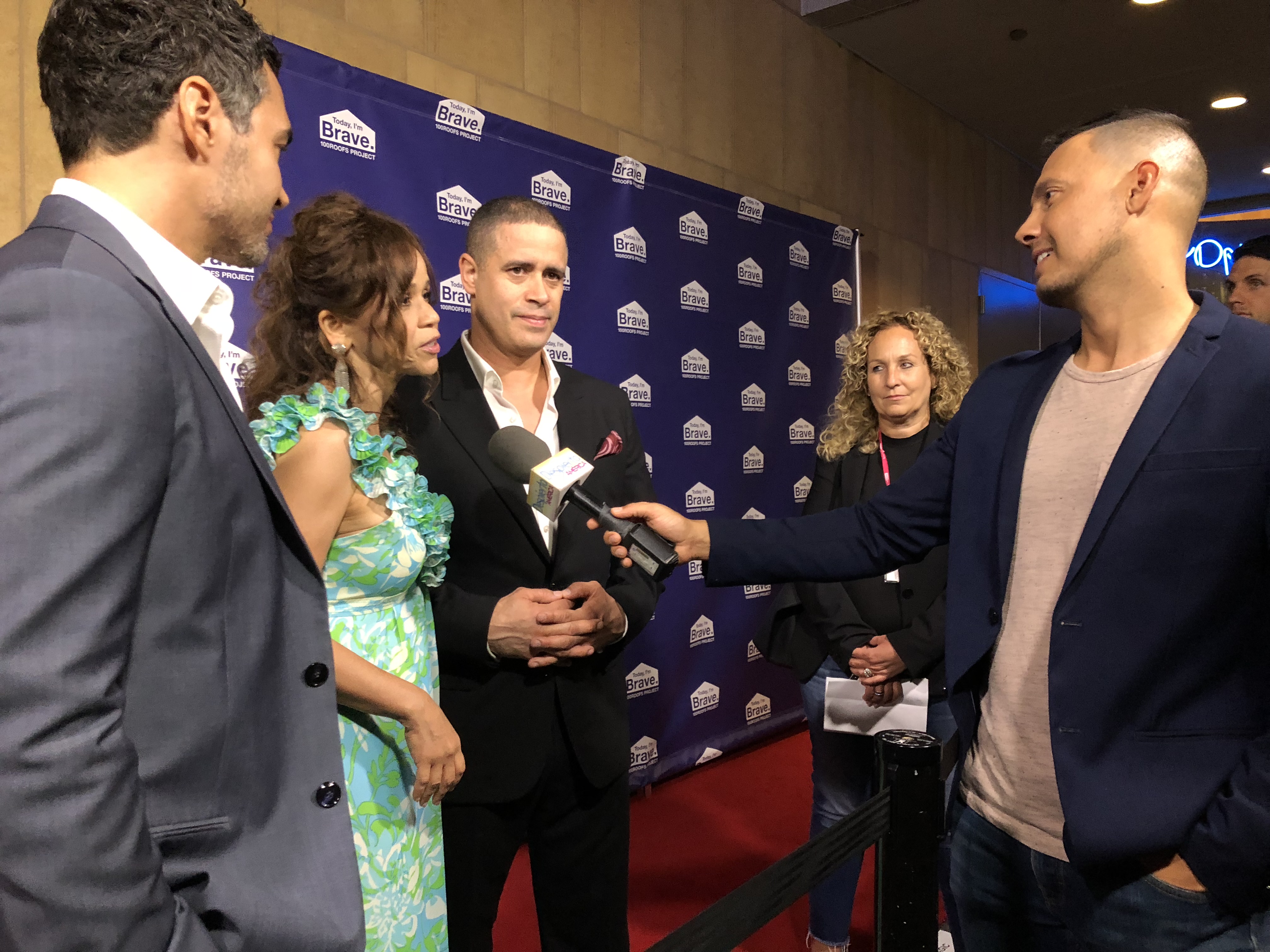 David&Goliath client, Chicken of the Sea International, vowed to donate more than 10,000 cans of shelf stable seafood, including tuna and sardines, to both support and sustain the 100Roofs Project volunteers on the ground and the Puerto Rico community at large.

You can track the 100Roofs Project progress on its website and social media channels.

"Our goal is to redefine the model of philanthropic marketing," continued Angelo. "This is a new paradigm for brands, celebrity influencers, production companies and non-profits to come together for a unique kind of cause marketing that affects real change in communities that need it most, in this case Puerto Rico.