Gary Lineker is appearing in various states of undress in a campaign for shirt retailer TM Lewin.

Unbranded images of an apparently naked Lineker appeared in the London Evening Standard and on digital out-of-home sites last week.

The full, branded campaign, in which the Match of the Day presenter is pictured with with and without a shirt, rolls out today across roadside sites, 11 major stations, London Underground stations, bus panels, the Standard, Metro, GQ and Men’s Health. 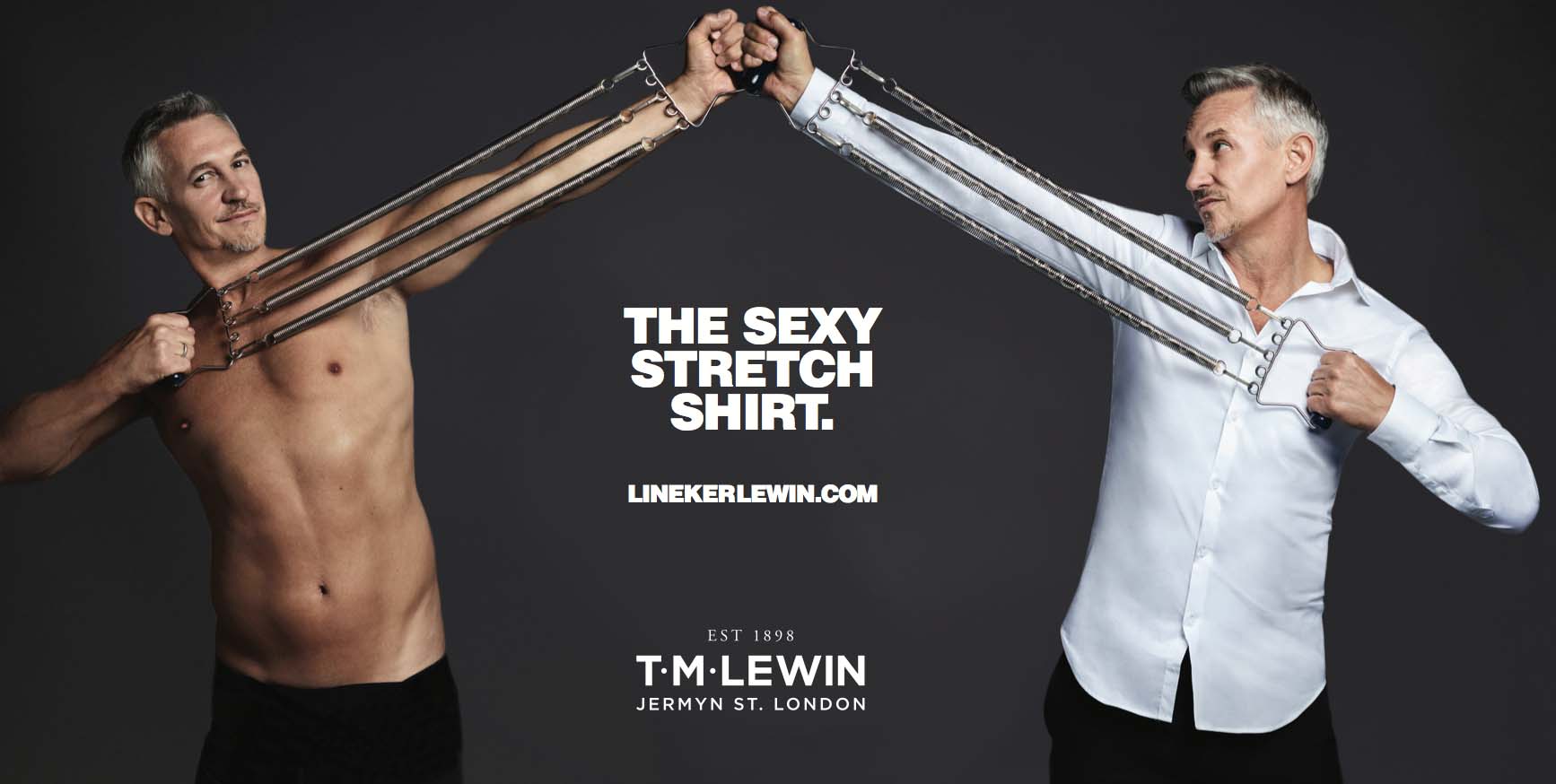 The campaign was created by Rainey Kelly Campbell Roalfe co-founder Robert Campbell through consultancy Campbelltomato. The photographer is Ben Harries and the media was booked by MC&C media.

A spokesman for Transport for London confirmed that the body had required minor changes to the creatives for them to appear on the tube. In the altered version, the top of a pair of underwear can be seen protecting Lineker's modesty.

The spokesman said: "Every ad that runs on our estate is reviewed against our advertising policy. We continually work with advertisers and brands in order to ensure that all ads meet our mutual requirements. A slightly amended version of this poster campaign will run on our network from 23 October."

Tim Patten, customer director of TM Lewin, said: "We wanted to launch a campaign that would create fame and interest for TM Lewin amongst a younger 25-34-year-old audience, who are yet to establish their brand of choice for workwear.

"When we decided to work with Gary, we knew we had to do something special and a bit cheeky - we launched unbranded naked images of the star, in the lead up to the launch of the campaign and it certainly created the speculation we were looking for."