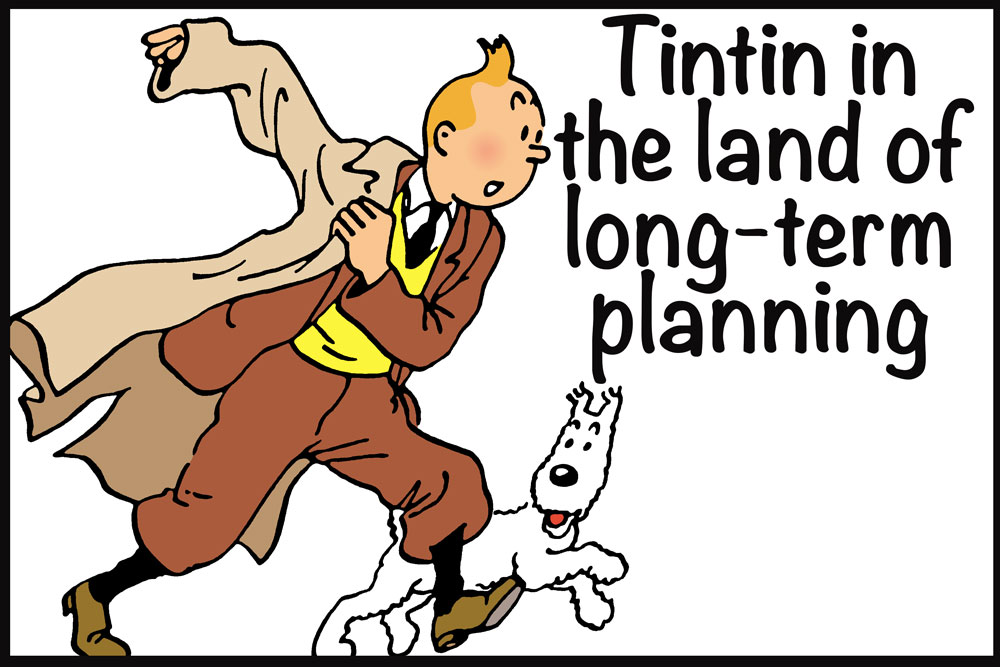 Short-term targets are quick and easy to aim for - which explains why we so often opt for them - but, says Will Harris, the rewards are greater when you plan for the future.

If you hurry, you might just catch the excellent Tintin exhibition at London’s Somerset House (it runs until the end of January).

In the appropriately named Seamen’s Hall, you’ll find all the familiar characters, stories and moments that have inspired children (and this adult) for almost 80 years. 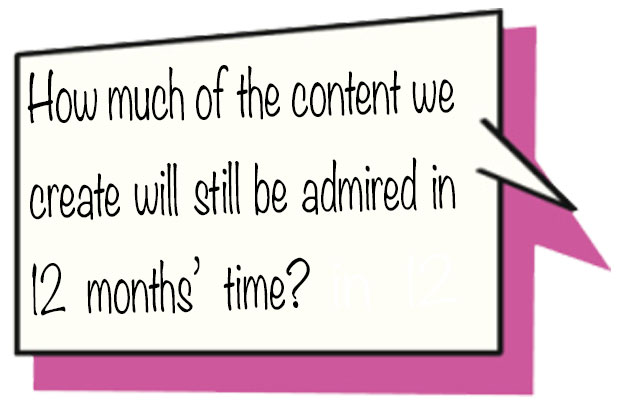 Born into a Belgium careering toward World War II, he has seen fascism, the restoration of Belgium, the rise and fall of Communism, and now the rise of the EU, the internet and the digitisation of the newspapers he once graced.

Yet he is still the same boy reporter with the quiff and the white dog, unchanged from the 24 books that Hergé wrote.

The estate has gone for consistency over commercialism; talk to any self-respecting Tintinologist and they will tell you, with a sigh, that the limitations on what merchandising or imagery can be produced are onerous.

Compared with the exploitation of almost any other cartoon character (Smurfs, Elsa, Postman Pat, Peppa Pig, even Hello Kitty) Tintin’s real-world life has been as monastic as his literary one.

The dividend can be seen all around you in the exhibition shop, in all the precious, high- quality mementos, books and pictures for sale, not worthy of the slur of ‘merchandise’. Faced with this case study in creative consistency, one thought struck.

As we speed out of this year into the next, how much of the content that we create will still be looked at and admired in 12 months’ time? Which bits of our marketing campaigns, presently shiny and cherished in 2015, will make it through unscathed to 2017? The answer is not many. As the marketing life cycle has picked up pace and shortened, the shelf-life of our creations has dwindled.

Blame the crashing cost of production, the instant gratification of social media, the always-on, telltale dynamics of the dashboard, even the blink-and-you-miss-it tenure of the average marketing director; marketers have never been so short-term in their thinking.

Perhaps the biggest culprit is the last one. I recently had a conversation with a senior marketer who was talking about the five-year marketing turnaround plan her board had adopted.

She looked at me sideways and muttered, sotto voce: "Not that I’ll be there to see it through." How many of us would have thought the same thing?

Along with shortened tenures come enhanced expectations, and a recurring need on the part of the marketer for a new campaign, a new product launch, a new route to market. Innovation used to be something that people did in business. Now it’s something that businesses do with their people.

So how about this for a challenge: before the end of the year, triage all the assets you have at your disposal in your marketing department, into piles of kill, keep and nurture. With the first cache, accept that they need to go, and actively plan to phase them out. With the second, come to terms with the fact that they serve a good short-term function and can provide you relevance and a return in the months to come. The third pile is more difficult.

What are you presently spending your shareholder money on that will still be relevant and supported two years from now? Let’s face it, most businesses write off their IT equipment over a longer period than their marketing campaigns. With almost any other discretionary expenditure, such short-term thinking would not be tolerated.

Rethink, regroup, rebuild Fixing this problem will require a significant shift in methodology, attitude and thinking. You’ll need to set a different reporting cycle for this longer-term campaign thinking, establish new criteria to judge success versus failure and broadcast to anyone who’ll listen that this is a long-term play.

It’s what the Japanese are famous for, and the Koreans too. Perhaps it’s the inevitable consequence of building a business from the bottom up when you know that you are also building a nation from scratch.

Both those countries arose from ashes in recent history, and I have in my mind’s eye a generation of determined founders standing in the rubble of Tokyo and Seoul, declaring that their nation would rise again, and their business would be part of that story.

In the UK we don’t have that level of fundamental motivation. Instead, we seek inspiration from those around us who have thought longer term. Much of the present argument about infrastructure expenditure comes from our proclivity for short-termism, clashing with our long-term needs.

You can’t justify an eye-wateringly expensive rail line linking London and the North in the short term, as there are always other things to spend the money on. But in the longer term, the prize of ending the economic dominance of the capital over the rest of the UK is just too great to ignore. Inspiration and justification for long-term thinking is all around us if you look, but rarely in our modern-day marketing.

You could do a lot worse than march your marketing team over to Somerset House and declare that in five years’ time you want that venerable institution to be showing a retrospective of work that your brand or business commissioned. As with so much else, Tintin is showing us the way.

The images used in this article are courtasy of Hergé-Moulinsart 2015, all rights reserved.

How campaign planning actually works in the 21st century

Conformity of opinion will lead to a retreat from creative experimentation

The four new rules of engagement for landing that dream job

Lessons from American Girl: How the doll empire gave me a breathtaking brand lesson

Marketers in 2016: overworked and digitally overloaded

Five ways marketers can collaborate with their agencies in 2016