Tablets have not yet truly entered the mainstream, but they will. Alongside the web and mobile, the devices put a world of opportunity at marketers' fingertips.

People have been talking about 'the year of mobile' for as long as I can remember, somehow expecting that there would be a breakout 12 months for a communications platform that will never stop growing. Ever since Gordon Gekko had that conversation with Bud Fox in the movie Wall Street, while holding a brick masquerading as a mobile phone, everybody knew that mobile would be huge.

BlackBerry is in the dumps, and who knows what Microsoft's Steve Ballmer is up to with Nokia, Windows 8 and Surface. In the meantime, though, there is a growing rivalry and an incredible amount of business being done on both the iOS and Android platforms. There is a virtual army of Android devices from manufacturers worldwide and the latest iPhone shatters its predecessor's sales records after each launch.

A glimpse of what's to come

Then there is the iPad. Steve Jobs' last gift to mankind was to teach us all how to swipe, and boy have we learned how. If you look at global sales of the iPhone and iPad over their first eight quarters in the market, cumulative iPad sales are more than triple those of the iPhone. In other words, the tablet market – which is still dominated by the iPad – could be like nothing we've ever seen before.

In addition to benefiting from Apple's existing iTunes ecosystem, the iPad's usability is second-to-none, and its form-factor and portability lends itself to the increasingly mobile world in which we live.

How can marketers take advantage of this incredible opportunity?

If you're developing content, apps or experiences for the iPad, understand that expectations are high. At least for now, it is a premium product and users expect to be impressed. Take the time to do it right, and spend time on the details. Jobs did, and that worked out pretty well for Apple.

People still use desktop computers and mobile devices more than their tablets. Tablet-based consumption is growing, but has not yet entered the mainstream – though it certainly will. Keep that in mind when developing products with the tablet. If you get too close to the mainstream, you might not get the traction that you're looking for.

Web, mobile and tablet-based computing exhibit different consumption patterns that should influence what you do, on what platform, and when. Data from comScore suggests peak times for tablet use are early in the morning and especially late in the evening. More interesting still, use in the evening appears to coincide with that of other media, most notably TV. Taking such data into account and integrating it into your marketing plans will result in higher levels of engagement over time.

Tablets open up a new realm of creativity fostered by gestural navigation and screen size that is intimate, yet shareable. Don't just do what everyone else is doing. If you are going to invest time and resources into this platform, do something unique that people will want to share.

From media to museums to the golf course, smart marketers are experimenting with the iPad and creating unique experiences. 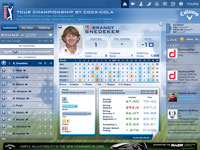 The Official PGA Tour app combines live, in-depth tournament and player data with news, photos and video in an exceptional experience. The tablet app is arguably better than the Tour's site, with superior design and usability to that of the mobile app.

Quartz is a 'mobile-first' and digital-only news publication from The Atlantic Media Company. Editor-in-chief Kevin Delaney says it is 'a new kind of business news offering that is global, digitally native, and designed for ... mobile and tablet'.

An eye on design 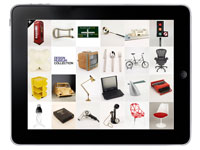 George Nimeh, aka @iboy, is a digital consultant

How social lets your product sell itself

Think BR: Have we forgotten the Olympic legacy already?

Publish or perish: how newsprint and digital platforms must work together

Curation - the art of sharing

Tech: BBC and Sky must open up online