It appears Snapchat’s star is rising.

The ephemeral picture- and video-sharing app has seemingly outgrown its frat house roots and shaken off the various scandals that weighed heavy on it in its infancy, to emerge as a viable platform for brands.

Just last week, reports indicated that Snapchat is seeking a new round of funding that would value to company at $19 billion, almost double its current valuation.

The company will use the cash injection to roll out a series of content features to turn Snapchat into more of a destination for entertainment, according to Bloomberg. Snapchat's recently launched Discover tool — backed by media organizations including Vice Media, CNN and Comedy Central — offers an inkling into this vision.

While the conversation around Snapchat in older circles tends to go something like: "No I haven’t tried Snapchat, and I don’t really see the point," a major and well-publicized draw for brands is its fast-growing teenage audience, particularly as Facebook’s cool factor wanes. Its active audience sends more than 700 million disappearing "snaps" and views more than 500 million stories a day, according to Snapchat.

While Snapchat's monetization vehicle is in the early stages, it is exploring new opportunities for brands, such as its Snaps ad products, which rolled out last year; brands including McDonald’s and Electronic Arts have bitten. And it seems Snapchat is more than bullish on their appeal, reportedly demanding up to $750,000 for its ads, which is more than the Masthead on Google’s YouTube.

As is the case with most emerging tech, a tranche of brands turned to Snapchat to earn their early-adopter stripes. But as Snapchat continues its upward trajectory, is time for marketers to start taking it more seriously? And for those which haven’t already done so, should they approach with caution? 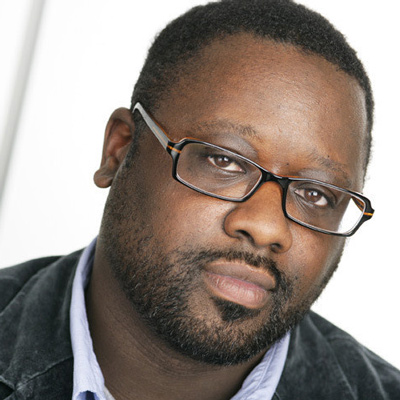 Snapchat should be taken seriously by and for brands that are willing to use the platform the right way. We’ve all seen it: the awkward early adoption of platforms by brands solely based on a me-too or FIRST mentality.

The audience is very important. Facebook is increasingly a place where your aunt now posts pics of her new slipcovers, and other invasions into what was once a more personal space are occurring more frequently. That’s where Snapchat holds the advantage. Your aunt and her slipcovers, ads that invade your feed, and the general fact that "everyone" is on it haven’t happened, yet. Teens, know this; that’s why they are there. It still feels special and hidden from everyone. Brands need to understand this and know that teens see brands as part of the group that can "ruin it."

Creativity however, is the answer. You have to tell a story. It doesn’t have to be epic or overly crafted, it just needs to be interesting and relevant to you. You just have to come across as being actually involved in the story.

The snap is of course something that’s fleeting, but that’s also the draw. It’s not precious and not meant to be timeless. The main appeal is the stream of stories and varied moments being shared in the moment, not cataloged for later. This is where the Discover feature shines. It allows someone to poke around and get a sense of the value from a content provider without feeling like you’re signing up for an onslaught of content you don’t want. 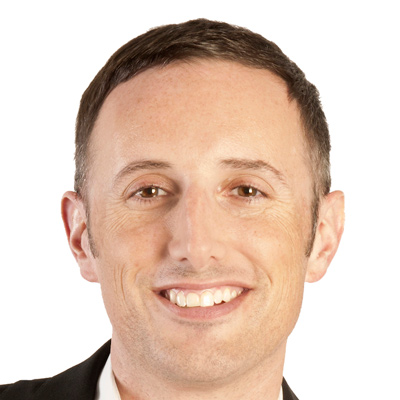 In a world where we check our phones an average of 150 times per day, Snapchat was certainly onto something when it came out with its photo messaging app. Have 10 seconds while in line for lunch? Watch a friend’s Snap. Have one minute while you wait for the elevator? Watch 10 Snaps knitted together in a Story. Have five minutes in the back of an Uber? Watch Jon Stewart skewer someone on Comedy Central through Discover. In fact, almost 50% of US users aged 12 to 24 have tried Snapchat, and the company now sits at 100 million active users, with 50 million users in the US.

For brands, that means weaving into moments that literally last seconds. As marketers, we should be excited by these constraints. Constraints breed creativity. Indeed, while "snaps" are inherently fleeting, when they are snapped together as stories, the stickiness lasts far more than seven seconds. And that’s attractive for brands.

Two things are necessary to succeed: brand relevance to the 13-25 audience sweet spot and a contextual fit to the moment at hand.

Not every brand is right for Snapchat; if you’re not relevant to the audience and can’t embrace the creative constraints — don’t go there. For everyone else, you need to try it. Start by creating Snaps and then Stories. If that experimenting drives engagement and sharing, and grows followers – pony up for Discover. 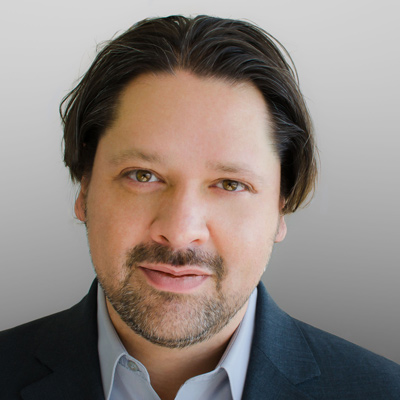 This is the time of the individual, and Snapchat has evolved to become the "behind the scenes" platform. Previously known for the scandalous, Snapchat now caters to the somewhat banal. The perfectly captured image that’s consistent with the rule of thirds and artfully displays good taste? That’s an image for Instagram. The hungover face the next morning? That’s for the friends who share the memories of the night before. That’s for Snapchat.

So where do brands come into the picture? "I’m not a businessman, I’m a business, man." – Jay Z

Brands don’t belong on Snapchat. The people and story behind the brands do. For Michael Kors, that would be Michael Kors. As noted in Digiday, the brand’s first Snaps showcase the scenes before and after his Fashion Week runway show, like Michael posing with popular models and the general gaiety of the party. The Instagram photos from the show, meanwhile, are high-quality shots that are for the most part posed and very elegant.

Lucky Magazine editor in chief Eva Chen has mastered the Snapchat story by documenting the reality of running a fashion magazine. She often includes snippets from her personal life, showing what it’s like to juggle being a new mom and her demanding career.

The question remains as to how non-personality-driven brands will embrace the platform. Look to brands like GE to break ground. The company often features images on Instagram from its factories and terminals to invite viewers into the creative process. Snapchat isn’t a platform for traditional ads, but it could easily act as a conduit for increasing brand awareness and affinity. This could be aided through the newly released Snapchat Discover offering, which creates a new paradigm for publishers.

Note to brands: You don’t have to show your hungover face, but Snapchat is a platform for showing your true face. Proceed accordingly. 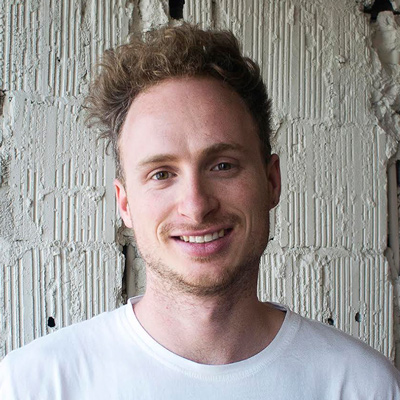 Snapchat is emerging as a platform with a lot of cultural interest. Any brand getting in on the action now with an interesting take will draft off some good news value just from being there. However, its core benefit of private messages is also its biggest drawback creatively; it doesn’t allow for sharing, which in turn can hinder good earned media coverage.

That said, some categories of brands should consider Snapchat — namely, brands with a teen audience. That’s Snapchat’s big thing (and it’s a valuable card), but it’s important to remember that it has an expiration date – teens jump around, and I don’t think any social platform has been able to hold that audience. These brands should also tread cautiously, since Snapchat has a model of charging on potential reach rather than number of people viewing the content.

On the flip side, Snapchat will naturally offer these brands many creative opportunities. The platform brings the idea of communication being ephemeral to life, and it’ll be interesting to see how brands exploit that and tell an interesting story that works on that technique.

Finally, brands should also consider potential opportunities awarded from Snapchat’s new "Discover" feature. I’d recommend that media brands invest in it cautiously. The content works at the moment, because there’s an active audience on the platform; but at the end of the day, you’re borrowing the audience from Snapchat, and you’ll be beholden to their demands. 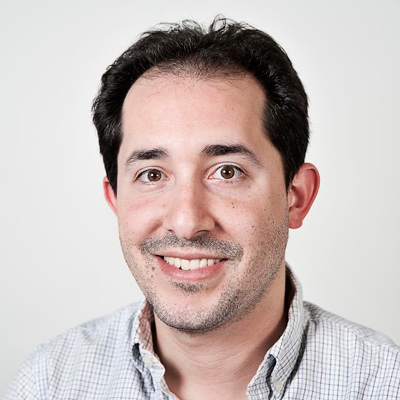 I no longer believe that any specific social platform should be in every brand’s social media marketing mix. But what Snapchat offers brands that no other major social network can is intimacy at scale. Sure, Snapchat offers playfulness and disposability, but all of it is a function of the unprecedented level of intimacy the platform allows.

Brands looking to take advantage of that level of intimacy need to consider two things: first, their audience, and second, their voice. If you aren’t targeting Millennials, Snapchat might not be a great choice. Its viability also depends a lot on your brand’s reputation for fun or mystery, as the platform is best for delivering small bursts of fun or a peek behind the curtain.

Brands that are primed to do well on the platform should "be creative" in how they view Snapchat’s potential for creativity. Being creative shouldn’t be confused with having high production values. Don’t view Snapchat’s lack of certain features – editing, filters, the ability to upload content – as a limit, see it as a shape your content needs to take. What you lose in creating high-quality content you gain in intimacy and perceived spontaneity. It’s also important to keep context in mind. Lo-fi cleverness goes a long way on the platform.

At the end of the day, the growing popularity of the behaviors around sharing ephemeral content is key to Snapchat’s importance. There’s something endlessly attractive about its intimacy and mystery.

Brand on the Run: Why US marketers should care about Line

Social media and the emperor's clothes

Mobile messaging on the move