Social-media platforms have improved in Mediabrands' periodic measure of responsible behaviour, with TikTok leading the way. But work remains to be done.

Top social platforms have significantly improved in their adherence to 10 principles of media responsibility – but not all are making progress at the same rate.

The latest Media Responsibility Index from IPG Mediabrands, led by Reprise and based on an assessment from the second half of 2020, found that the nine platforms studied have improved significantly across most of the principles the index measures, with platforms delivering an average lift of 11 percentage points.

On this basis, Tiktok was the most improved platform since the previous Index, with the platform showing significant improvement on diversity and representation. TikTok was not able to provide substantial public data for this factor in the previous assessment. TikTok also saw substantial shifts in its third-party brand safety partnerships and policy-enforcement approaches. 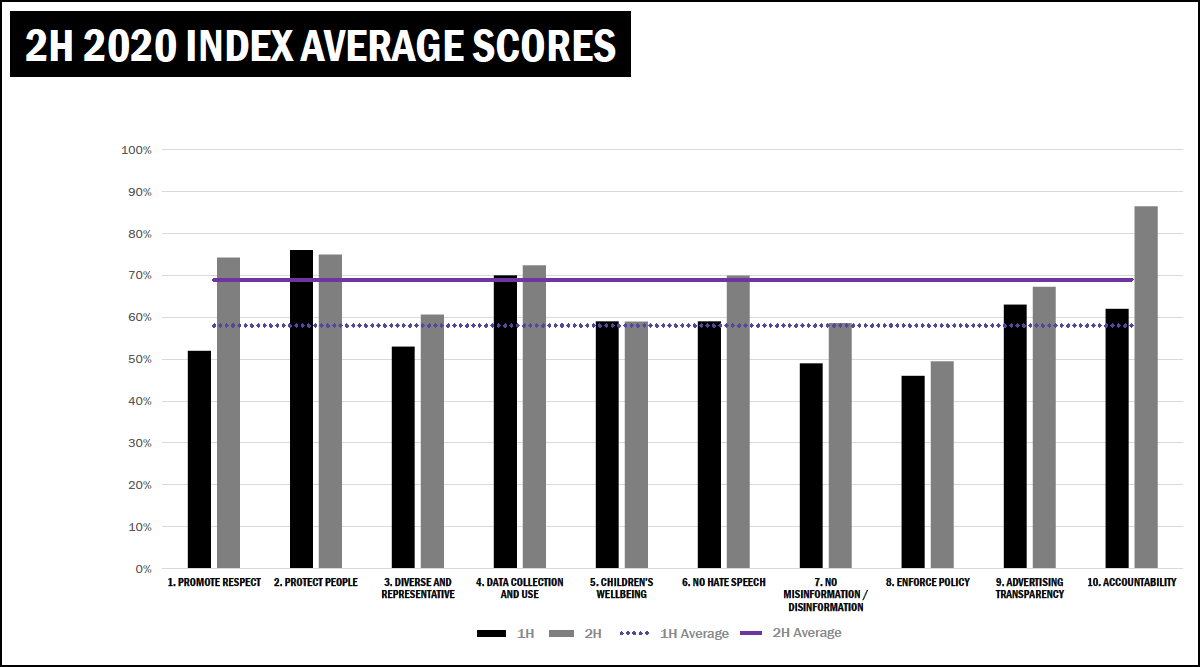 “It is heartening to see a significant positive shift in scores around the key principles of accountability and promot[ion of] respect from our industry platform partners over the last quarter, reflecting a continued collaborative approach to work towards creating a better, safer and more responsible environment to serve our brands and our communities,” Leigh Terry, CEO of Mediabrands APAC, said.

The largest increases were seen in the areas of promoting respect and accountability, as well as many platforms improving their efforts to reduce hate speech and misinformation/disinformation.

As further confirmation of the need for a common set of standards, the Mediabrands principles have officially been adopted by the American Association of Advertising Agencies (4As), and the index has been endorsed by the Global Alliance for Responsible Media, an industry body on media responsibility governance.

“We created the Media Responsibility Index with the belief that social platforms would welcome our Index as a helpful tool, rather than being perceived as another ranking," Elijah Harris, global head of social at Reprise, said.

"This current Index shows that the platforms heard our call to action and moved swiftly to work together to be better and contribute to a more positive future for advertising and our world." 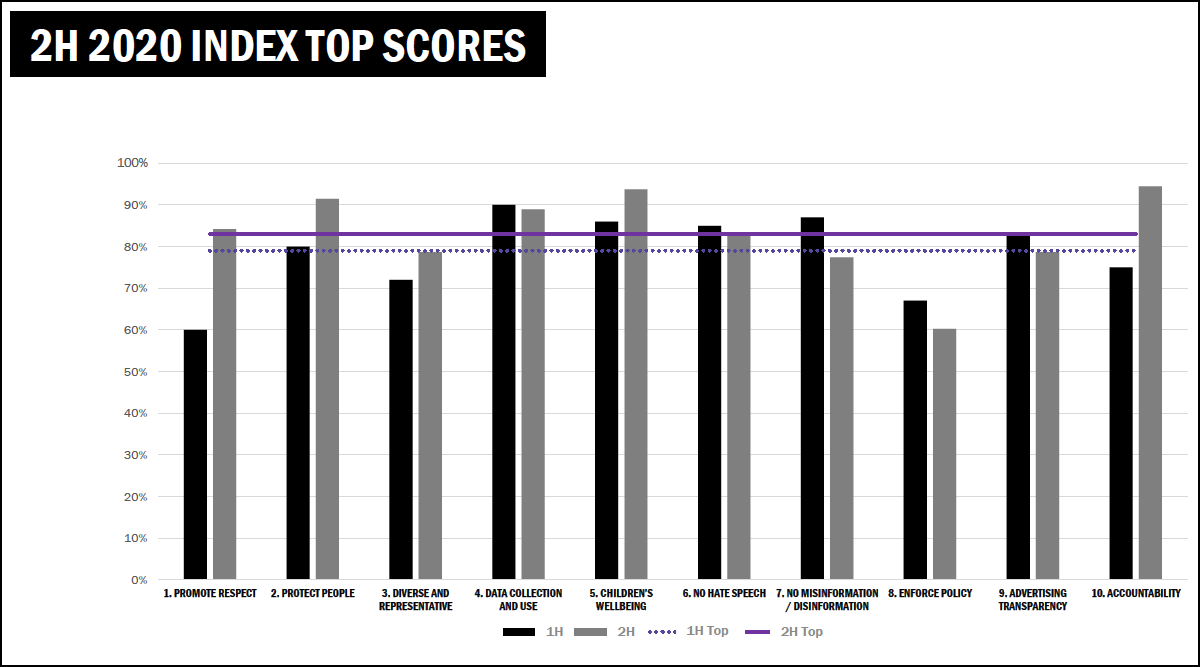 According to a statement, the social-media platforms are enabling more control over their feed environments, and control of user-generated content is a key goal for them. Snap and YouTube shared that they expect further improvements to UGC controls in early 2021, and other platforms committed to paying more attention to putting into effect more UGC controls and tools for 2021.

Despite these changes, the study reveals that even though applying pressure and creating a culture of accountability works, there is more work to do for these companies. Consumers, advertisers and regulators alike have advocated for more leverage and transparency in their transactions with many large social platforms. The latest results indicate that while platform improvements and enhancements have been made, many stakeholders are still seeking additional leverage and transparency to align marketing efforts with media principles.

A version of this story first appeared on Campaign Asia