As tennis fans mourn the cancellation of the annual tournament, Campaign looks back at some of the top activations.

Stella Artois, Lavazza, Häagen-Dazs and American Express are some of the brands most well-known at the Wimbledon tennis championships. With the tournament cancelled for the first time since the Second World War, Campaign rounds up some of the best experiences.

The humble beginnings of Wimbledon and Stella Artois were explored though an immersive performance in July 2016. The experience began with a time machine that took consumers on a cinematic journey to Victorian London to learn about the beginnings of both brands.

After the experience, visitors were able to watch Wimbledon live in a bar. The four-day show was created by immersive-theatre company Les Enfants Terribles and special-effects shop Framestore.

James Seager, founder of Les Enfants Terribles, tells Campaign that the challenge was to keep the show running over a period of five days with multiple entries every 15 minutes.

"This involved a lot of maths making sure audiences didn't see each other and felt their journey was completely unique to them," he reminisces. "The key was to move audiences around the building at exact times for certain scenes, so they fully understood and were immersed in their narrative of fixing a broken tennis racket they had accidentally broken when they time travelled.

"Working with Framestore was also a great collaboration and meeting of both artistic and technical minds to create an unforgettable experience for all those who attended." 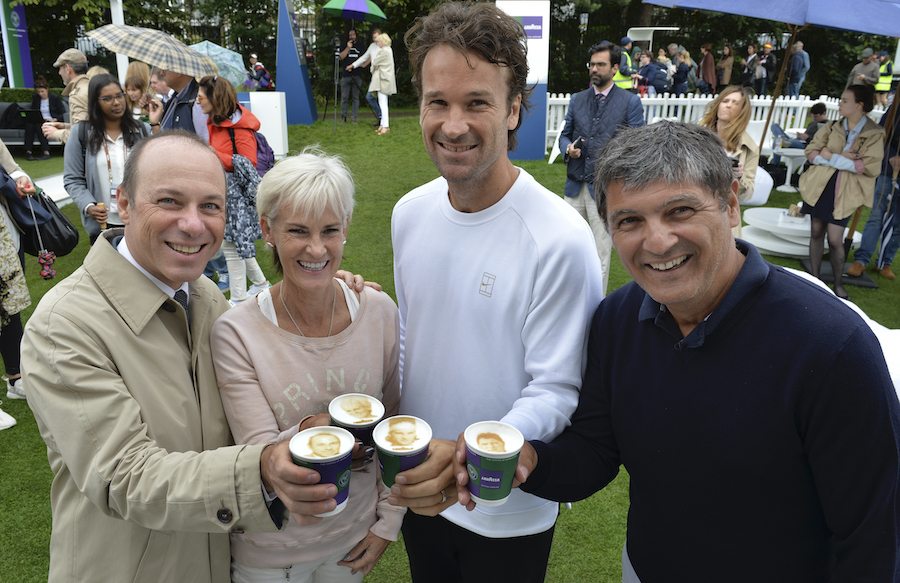 For coffee brand Lavazza, "Drinkable selfies" by We Are Social and Amplify made use of technology that printed detailed photographs or written messages straight on to the foam of cappuccinos and lattes.

It remains to be one of Amplify's "favourite examples or 'David v's Goliath'" work, the agency's founder Jonathan Emmins says, as Lavazza competed with brands with bigger budgets.

"First, we sponsored the much-overlooked, cost-effective but quintessentially British Wimbledon ‘queue’," he explains. "Second, we created a global first, the 'Drinkable selfie'. Those queuing not only had a complimentary coffee, we printed their photos or messages on to them.

"Finally, as Andy Murray was a bit busy (and expensive!), we got the next best thing – his mum. Judy Murray was also joined by Toni Nadal and Carlos Moyá for some frothy snaps and an extra dusting of star power."

In the build-up to the tournament, the brand appeared at the Women’s Tennis Association’s Tennis On The Thames event at the foot of the Oxo Tower. It created a "Champion vs challenger" piñata game that was demonstrated by US Open champion Sloane Stephens. Consumers could practise their best tennis swing and select which flavour they think should come out top.

Häagen-Dazs also opened an ice-cream parlour at Wimbledon where both flavours were available. 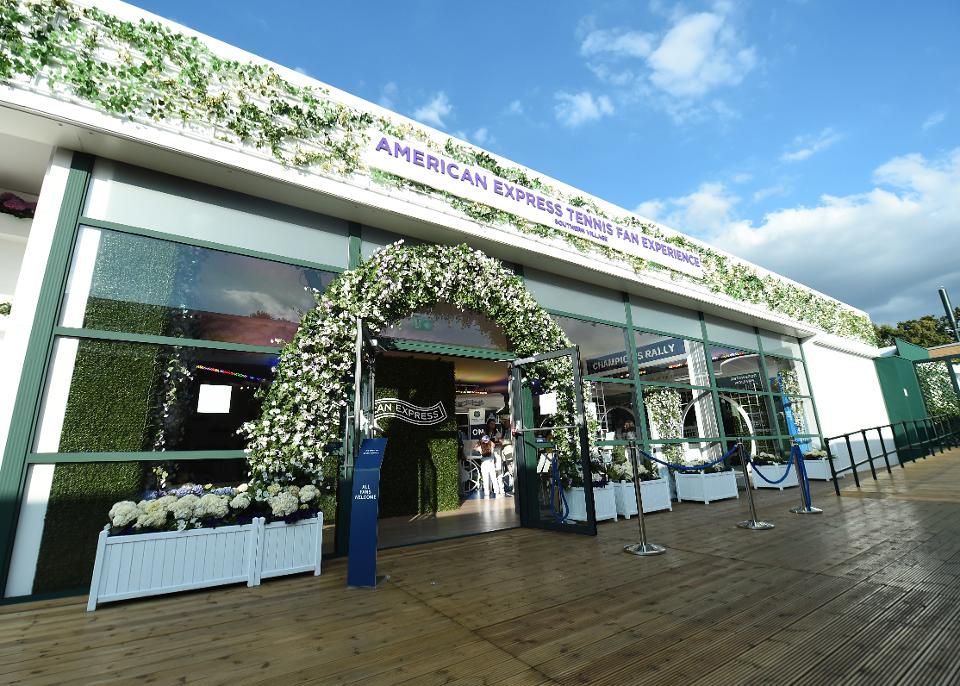 Designed around the theme of "tennis in an English garden", the space created by Momentum Worldwide opened in July 2019. It featured a bespoke seating area, hammocks, phone-charging points and a postal service so that visitors could mail custom postcards to friends.

The focal point was a virtual-reality challenge called "Champion’s rally", in which fans could practise their tennis skills alongside brand ambassador Andy Murray, who was immotalised in virtual form. In the game, players could hit five targets, with their speed and accuracy measured. The difficulty of the game increased as players progress and they received a score at the end.

It was the largest-ever brand activation at the tournament, Tom Ellis-Jones, managing partner at Momentum Worldwide, explains.

He adds: "The fully integrated physical and virtual experience featured an immersive centre court VR experience with Andy Murray, an exclusive card member lounge, as well as additional premium service moments that included radios to tune in to the tennis commentary, phone-charging and refreshments – all with the objective to drive meaningful awareness of the brand and demonstrate the essentiality of American Express to our global audience of card members and prospects."

The past and future of sports fan engagement

Wimbledon wants its experience to start in the queue