New research by Foursquare and Carat give agencies and brands a greater understanding of the demographic.

Generation Z will be responsible for an estimated $145 billion in direct spending by 2020.

So, love them or hate them, it’s never been more important for agencies and brands to wrap their heads around the somewhat misunderstood age group.

A new study by Foursquare and Carat, "Generation Z...IRL," reveals the top three mythical labels Z-ers have been lumbered with. The research was conducted using Foursquare’s data to analyze foot traffic patterns from millions of Americans.

Myth one: Gen Z is completely obsessed with healthy and organic food

Yes, despite what the Instagram Stories would have you believe, Gen Z is actually more likely than other generations to visit some of America’s most beloved fast food and casual dining chains. In fact, they’re more likely than the average U.S. consumer to visit In-N-Out, Shake Shack and Chipotle. Right now, frozen yogurt shops are topping the food category for this demographic, according to the study.

But they’re working off those calories. Research found that while cycling and yoga studios remain popular, Gen Z is nine percent more likely to visit soccer fields and basketball courts instead of paying for fitness.

There is a geographic skew, however. Urban Gen Z-ers are making healthier choices than their rural counterparts, who indulge more in fast food and visit the gym less. 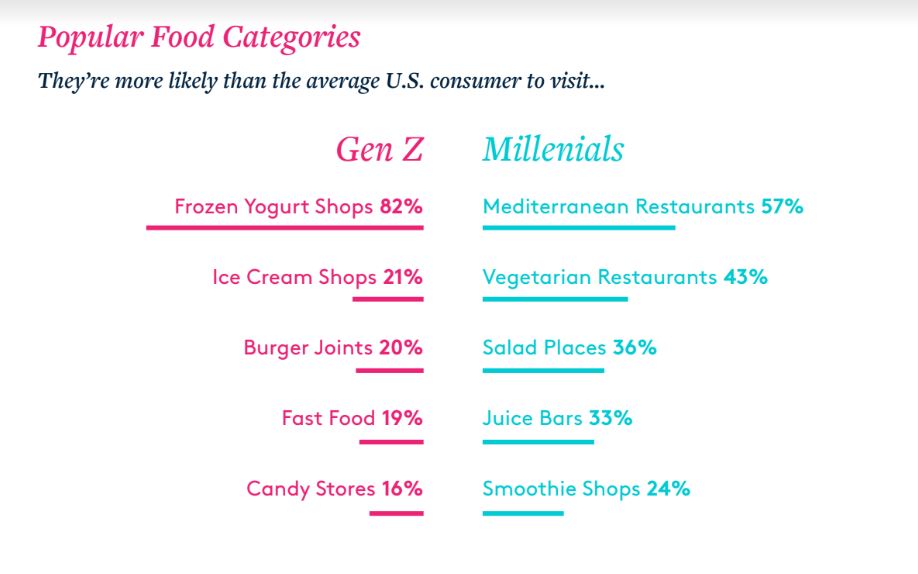 There might not be a whole lot of truth in all this talk about the death of brick and mortar. The generation is 139 percent more likely than the average U.S. consumer to visit an Urban Outfitters store. This appears to be the most popular brand among Gen Z-ers. Followed by Forever 21, Zara, Sephora, Victoria’s Secret and ULTA Beauty.

What’s clear about the demographic’s mindset is that they tend to treat shopping as an experience. They’re 53 percent more likely than other shoppers to check online to see if there’s anything else they’d prefer to buy that is not currently available in-store. And 47 percent more likely to use their smartphones while shopping to enhance their in-store experience.

The report found that Gen Z-ers are drawn more towards outlet malls than regular malls, motivated by a variety of sales and discounts. 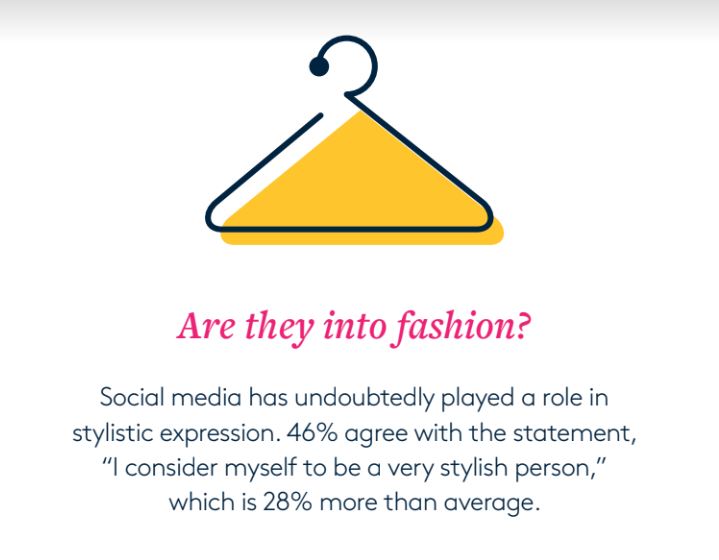 Myth three: Gen Z spends all of their free time sitting at home on their phones

Erroneous. They’re a generation glued to their screens, but they’re actually more likely than other U.S. consumers to take part in leisure activities outside of the home. Theme parks, aquariums and bowling alleys are all popular among the demographic, according to the research.

Part of the report reads: "With a taste for real world experiences that go far beyond digital screens, Gen Z is also intellectually and culturally curious, confirming the stereotype that they are more ambitious and entrepreneurial than Millennials. They they do spend time participating in digital leisure, they’re super into hyper-engaged activities like gaming." 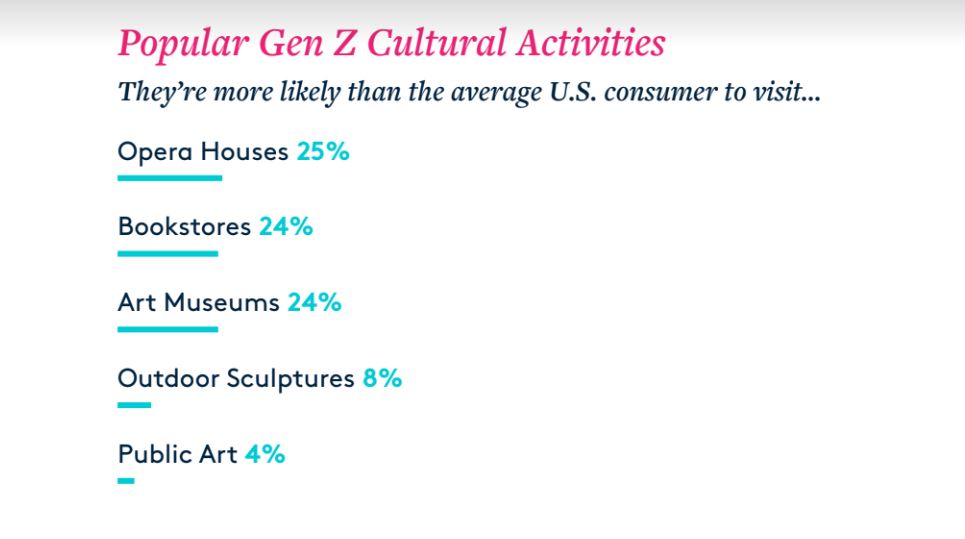 So what’s the takeaway?

The findings suggest that while digital and social behaviors are important, when it comes to targeting Gen Z, real world behavior matters. Engaging with Gen Z means paying attention to the places they go and the things that they do to truly understand who they are and the kind of content they’ll respond to.

Carat encourages brands to connect with Gen Z emotionally. A spokesperson concluded in the report: "Align the things they currently enjoy, such as gaming or going to the movies, with the things that they aspire to do like getting their dream job. This will allow Gen Z-ers to view your brand as both attentive and supportive, a critical functionality when establishing top-of-mind awareness."

Where did all the rainbows go?

Are we there yet? Momentum's Donnalyn Smith has her say

Trojan tells us what 'butt stuff' feels like in new campaign