Over 2% of India’s population has some disability, recalls Anuraag Khandelwal from the census (2011), before posing the question: "Where are they? I don’t see anyone in the (advertising) fraternity. I look at portfolios every week, but I don’t see anyone (with disability) coming forward."

Khandelwal, now Soho Square India’s executive creative director and head of creative, was the only disabled person to pass out of his art school in the late 1990s. A place where he met his wife and found his calling – advertising. There’s a lot that happened prior that shaped his resolve to succeed once he discovered himself in art school, he reveals in conversation with Campaign India.

When a private school wouldn’t admit him because of his disability, the youngest of three siblings was sent to a municipality (government-run) school for the disabled. His parents didn’t have much of a choice, though they were very keen that Khandelwal should lead a normal life.

"It was depressing as hell. I just didn’t want to land there (in a school for the disabled). I wanted to stay away from the ‘disabled’ label. For me, it was rebellion," recounts the ECD. He adds without pausing for breath, "The rebel in me got me where I am."

Khandelwal notes that when one is born with a disability, people slot them into a box – they are deemed good for certain vocations and not so for many others. This includes parents and peers, often out of concern for the disabled.

"I am not blaming anyone. I meet people who haven’t met anyone with a disability. They simply don’t know what to do when they meet someone with disability," he says.

Until class 10, Khandelwal did not feel the effect of his disability too much. But after that, he recalls, its impact was telling. "Even if you manage to do something, people will look at you differently. They will say you cannot do it. Maybe they believe it would be difficult," he says.

Three years later, when he started off at the LS Raheja School of Art in Mumbai, his father insisted that he take the local train to college for the first two years. He could have afforded a scooter with extra wheels for those with walking disability, but he chose not to buy one for his son. He wanted the junior-most Khandelwal to experience the world of local travel like others his age. It was the college-goer’s first brush with the infrastructure issues in public transport. It’s tough enough for a person without disability, but Khandelwal braved the rides between Andheri and Bandra in Mumbai, and everything before and beyond.

"[Lack of] Infrastructure reminded me again and again of my disability," he recalls. These were experiences that would inspire him to action through advertising years later.

Art school was also the place where he met his wife. He realised they lived just 800 metres away, but their paths were destined to cross only in that ambience of art.

"Art school was liberating. It’s what I wanted to do," reveals Khandelwal. He had always had the talent. And on this canvas, it was a level playing field for the normally and differently abled. He relished the feeling of being "in control" finally. His brother, 11 years older, went on to become chief technology officer at an MNC. His elder sister pursued commerce. Their younger sibling would go on to join Ambience D’Arcy, an advertising agency. 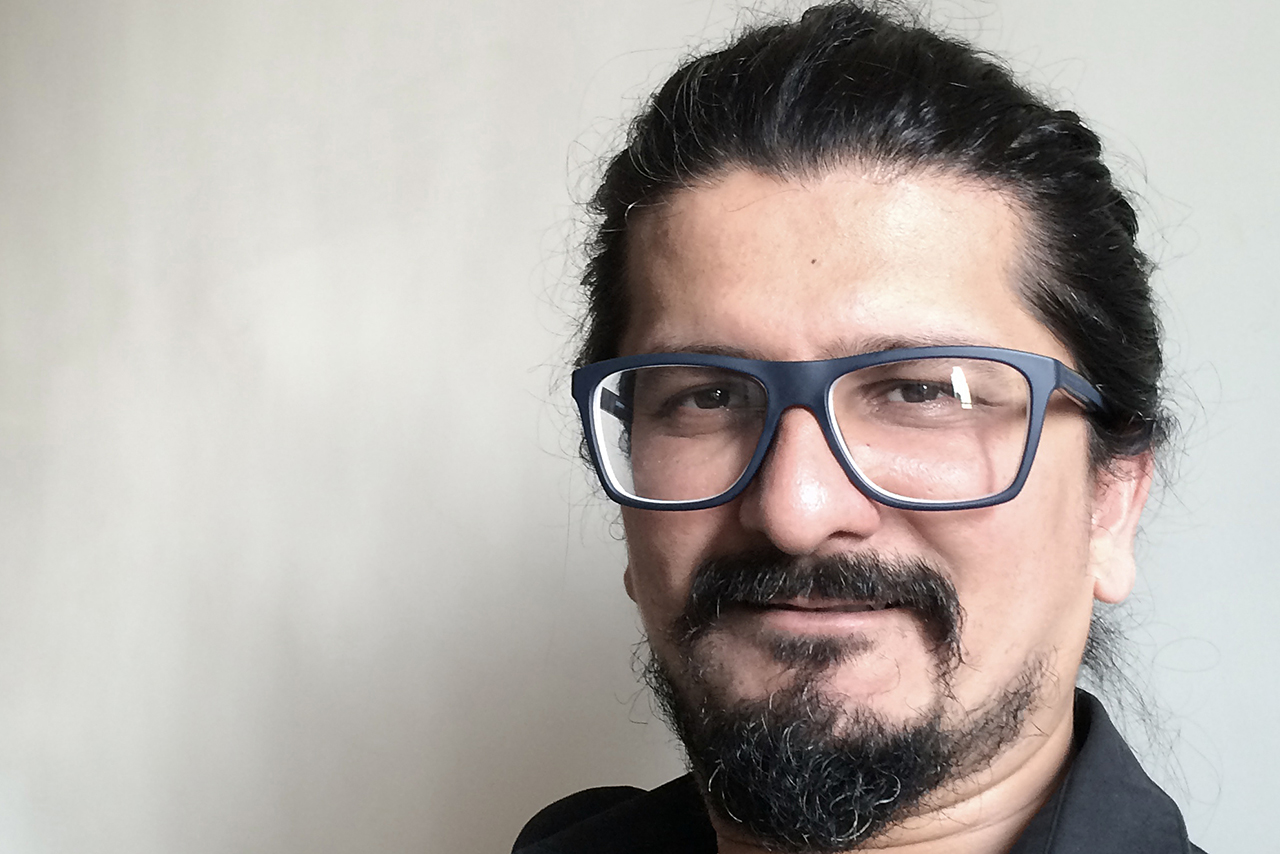 The ‘Kachcha Limboo’ behind the Red Ramp

Also the name of a movie title, Kachcha Limboo is an oft-heard term in Indian street sport among kids. It is used to refer to the kid who can’t pay too well for some reason, and is thrown in as a freebie when the five-per-team needed have been selected. Khandelwal has a laugh when he recalls that he was always the Kachcha Limboo, be it on the field or at the beach. But he never felt bad about it, until Tara came along.

It was after three years of marriage that his daughter was born, and it was then that his handicap started hurting more. Whether Tara wanted to be at the park or the beach, he realised he couldn’t handle her like he would have liked to. It hurt him to not be able to take her to the places she loved going to. Like him, she too loved the beach. But he wouldn’t let himself be seen helpless by his doting daughter.

It was around this time that his career started taking off. After a couple of years at Ambience, the arts school grad would join Ogilvy in 2000. Shoots in Malaysia, London and South Africa underlined for Khandelwal the lack of infrastructure back home in India for the disabled. Then, he pondered over why it was that everyone only bothered about infrastructure in places like the local train stations, considered essential. His contention: Even if those are difficult to access, one would, because one had to. But why should the beach or temple or park be beyond access for the disabled?

Thus was born the Red Ramp Project, with the support of client H&R Johnson. Khandelwal credits the tile company’s COO Shishil Matey for helping bring the idea to life, and states that it is just the beginning.

The campaign was executed at Kiri beach in Goa, where a ramp made of tiles gave the differently abled access to the sea on their wheelchairs and crutches. The project conceptualised by Soho Square featured, among other differently abled people, Khandelwal himself. The case video captured their joy on being able to enjoy the beach, leaving viewers with a thought: "If only one ramp on one beach for one day can make a difference… Imagine what an access-friendly India could feel like".

The Red Ramp project happened in April 2015, with the government of India’s Accessible India programme kicking off soon after in August. Again with the support of H&R Johnson, a beach in Gujarat will be made accessible shortly by Soho Square. This time it may not be tiles serving as the platform, and it may last for much more than a day.

"At least the conversations have started," notes the Kachcha Limboo behind the idea, adding that there is a lot of talk about disability, but little action on ground. This includes, he says, the few ads on the subject or even featuring the disabled. "We need to take small steps towards those big targets," adds Khandelwal.

If, for a year, all brands decide to support only this cause with their 2% CSR money, it would probably sort the issue, he contends.

Besides one or two clients across his entire career who may have felt uncomfortable with his disability, the ECD notes that he hasn’t had an issue in advertising. At best, he doesn’t have to stand in line sometimes when people insist on letting him pass, he quips.

Infrastructure and access is one issue, albeit a critical one. But what would he advocate to the world at large, on how it deals with its disabled?

"If your kid has a disability, if he’s born disabled... please understand that he is not disabled – he is made or born that way and it has to be tackled," he says. "There is a lot of education, but there is a huge need to educate the core – that is the people surrounding the disabled person. It’s the label that needs to be removed. If people are educated that way, accessibility and other things will follow."