Tesco has launched Hudl2, the second iteration of its cheap own-brand tablet, for £129.

The Hudl2 is £10 more expensive at launch than its predecessor, but features a larger 8-in screen, a faster Intel quad-core chip, a slicker design and child-safety features.

The tablet also features a 5-megapixel rear camera, a 1.2-megapixel front camera and runs Android 4.4.2 KitKat. It boasts up to eight hours of battery life and starts with 16GB storage, expandable to 48GB. Customers will be able to buy the Hudl2 from 9 October in-store and online. 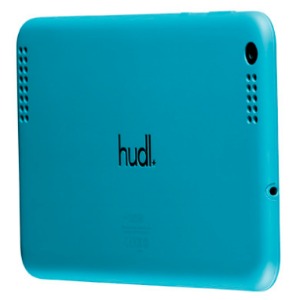 Tesco launched the first Hudl in September last year for £119, selling a total of 750,000 devices. The Hudl series is one of the cheapest on the market, with Tesco prioritising value over looks and features.

But it isn't clear whether there will be a Hudl3 next year, with new Tesco chief executive Dave Lewis under pressure from shareholders to ditch non-core elements of the business.

He is reportedly considering canning Blinkbox, and it is possible Hudl could be next.

"As long as our customers are interested in products and services shaped by technology, we'll be building technology," Comish told the BBC.

On Blinkbox, Comish confirmed that Lewis was "mapping out a strategy" for the business.

How Tesco designed the Hudl2 as a 'beautiful object'

Tesco continues fight to trademark blue dashes under its logo