Speakers from Tesco, Google and snack brand Graze discuss collaboration, programmatic, and how to take advantage of being multichannel.

Speakers from Tesco, Google and snack brand Graze shared their thoughts on innovation through collaboration, how programmatic can be used creatively, and how to take full advantage of being multichannel. The three spoke at the IGD online and digital summit in London on 14 October.

Use all the resources available to "invent things" for your consumers 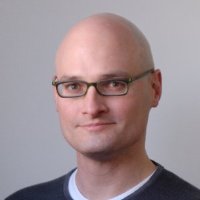 The way people are shopping is changing, but consumers may not know what kind of technology they need for the kind of experience they want, said Sean O’Neill, Tesco’s product director for global online shopping.

"Online is not just a channel – it’s also demand," he said – referring to online shops as an information resource for shoppers, as well as a place to buy.

"The challenge is for most websites then when customers are in "mission mode" it’s really hard to detect them, because it just looks like failed conversion. I’ve got someone who built a whole basket, £60 worth of groceries and didn’t check out. What went wrong? It could be nothing did.

"Through Clubcard we’re able to actually see customers using our online sites to research an in-store purchase. As we start understanding our customers’ needs then we can invent on their behalf."

However, O'Niell added that because retailers, consumers and tech players are moving through unchartered territory at the same rapid speed, it was also important for businesses like Tesco to "unblock people from inventing on your behalf".

He gave the example of Tesco’s partnership with web service IFTTT, which allows users to create rules that automatically add milk to their Tesco basket every Thursday, as well as more complex conditional ones, such as adding chocolate if a target is reached in data from the user’s Fitbit.

Put data at the heart of your "real world" marketing practices 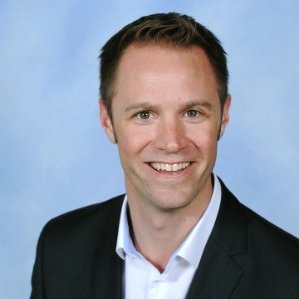 Data offers rich opportunities to engage with consumers that extend to the world beyond our computers and phones, Google industry head Will Koch said.

Koch provided a series of examples of retailers that had made innovative use of data to improve their targeting and gain a deeper understanding of consumer behaviour.

In the run-up to last Christmas, Costa used Google Doubleclick’s programmatic proximity targeting to serve ads to people both with 25 metres of a Costa store, or a rival coffee shop. The campaign resulted in a 32% higher click through rate, 30% lift in engagements and 60% lower cost per thousand impressions than the brand’s previous mobile ads.

This was because it selected consumers on a simple but significant basis, said Koch – they were those most likely to have coffee on their minds, and to be in a position to make a quick purchase. "Who is Costa trying to reach? Almost everybody, but ideally they want to reach us when we’re near a coffee shop," he said.

In the US, Walmart uses its consumer data to help brands compliment traditional in-store marketing online, said Koch. "Take soft drinks – they can take a lot of this data and make it anonymously available online to, say, Coca-Cola to retarget those people, and then tie that back in and manage the purchase numbers to see if it’s actually driving purchase."

Never stop looking for ways one channel can help another 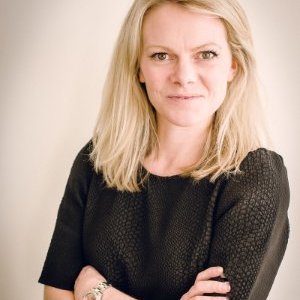 Graze, which launched in 2008 as an online subscription service that sent users an assorted box of snacks each week, launched individual snack packs to retail stores last year. Inter-reliance between the brand’s different channels has been key its success, said retail director Emma Heal.

The successful retail launch – the initial stock sold out in two days in Sainsbury’s, the first supermarket to stock the brand - "would never ever have happened if we hadn’t had seven years building a brand online," said Heal.

"Omnichannel advantages definitely exist if you set yourself up to take advantage of them. We have seven million people to talk to on our database. When we launched in 1100 Tesco Express, because we knew the postcode of our customers, we could tell people within a 2km radius, Graze has just launched in your local store, do go in and have a look, let us know what you think."

Being in Sainsbury’s has allowed Graze to marry its own database with Nectar’s, she added, meaning it has access to information on people buying the product in store that had both never bought Graze, of had previously subscribed but had churned.

"Everyone at Graze owns looking for multichannel advantages," Heal said. "Everyone’s always looking for ways to help the other channels. There’s only one shopper, but many points.

British consumers love owning loyalty cards... but not using them

Programmatic spend will grow almost a third in 2017, forecast says