From Subway to FIFA, VW to Starbucks, these scandals made a big impact in the media but hardly any on sales

What do you get when you combine a 24/7 need for social media content and an online press that’s widely rooting for brands to fail?

In 2015, you got a torrent of stories about brand disasters. As we’ve seen, these almost never hurt a brand in the long run, but they provide quick hits for news outlets that know that people love to read about marketing schemes that go awry. As this list illustrates, there’s a mix of brands behaving stupidly and just plain bad luck.

Whatever the case, the public appears remarkably forgiving about even major scandals, indicating that it takes a long, sustained effort, stronger rivals, wider economic forces and prolonged managerial incompetence to sink a brand. Many brands in the list deserve to be punished, but such retribution hasn’t been forthcoming. Not yet at least. Blame the short attention span of both the public and the media, but these major brand fails had limited impact in 2015:

1. Subway and Jared Fogle. It’s hard to think of a worse situation for a brand than to find out its longtime spokesman is actually a serial child molester. In July 2015, the FBI raided Fogle’s home and found incriminating material. In August, Fogle was charged with distribution and receipt of child pornography and traveling to engage in illicit 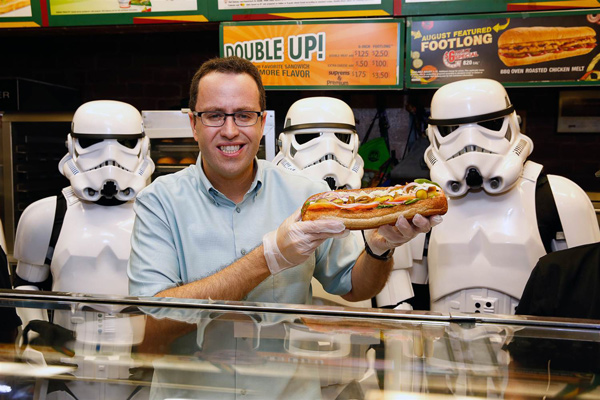 sexual conduct with a minor. In November, Fogle was sentenced to 15 years in prison after pleading guilty to one count of each. In his defense, Fogle’s attorney argued that the Subway diet, which Fogle earned millions to promote, induced "hyper-sexuality" in the pitchman.

Subway cut its ties with Fogle as soon as the allegations emerged but stupidly forgot to expunge a game on the Subway Kids’ site called "Jared’s Pants Dance" until August. While the episode illustrates the dangers inherent in hiring a brand spokesman, it’s not clear how complicit Subway was in Fogle’s crimes. A Subway franchisee told Business Insider that the chain’s ad unit knew about Fogle’s penchant for minors since 2008. Stats from YouGov, meanwhile, show that consumers still have an overall positive view of the brand.

2. Volkswagen’s emissions deception. Until recently, Volkswagen was known for being pretty forward-thinking about the environment. But it turns out that was a bit of a smokescreen. In September, with VW planning to introduce 20 plug-in hybrid or all-electric vehicles by 2020, the Obama Administration ordered the company to recall 500,000 diesel autos that had used software designed to foil emissions tests. Later reports disclosed that the plan had been in the works since 2008.

In September, the company suspended three top managers who were in charge of the company’s engine development, but didn’t publicly disclose the reasons for their suspensions. Once again, the misstep may not have hurt the brand – yet. In October, a month after the scandal broke, VW sales rose very slightly, in a large part because of huge discounts on inventory. (A 2014 scandal at GM linked to dozens of deaths also coincided with a sales increase that year.) 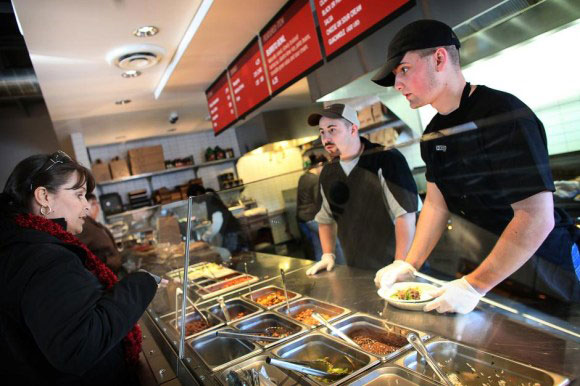 poisoning in six states. The outbreak led Chipotle to temporarily close 43 restaurants in Portland, Ore., and Seattle.  At this writing, the Centers for Disease Control hasn’t determined what exactly is causing the outbreak, though some tests have determined it may be fresh produce or herbs served at the restaurant.

Once again, the damage to the brand appears to be limited. After a sell-off of Chipotle shares, the stock started bouncing back in late November. A survey of 800 customers, meanwhile, found that nearly half were unaware of the outbreak, "and the older the survey taker, the higher the rate of awareness, which is good news because Chipotle customers tend to skew under 45 years old."

4. Budweiser’s and Bloomingdales’ rape slogans. Budweiser drew ire in April for putting the following message on its cans: "The perfect beer for removing ‘no’ from your vocabulary for the night." Activists were quick to point out that the slogan, which is part of Bud’s "Up for Whatever" campaign, perpetrates rape culture.  Anheuser-Busch quickly pulled the offending slogan. Analysis showed that while the brand took a hit for a few weeks, it quickly bounced back. In November, Bloomingdale’s faced a similar controversy for a caption next to a picture of a man and a woman in a catalog reading, "Spike your best friend’s eggnog when they’re not looking."

The lesson? In today’s environment, there’s a good chance that people will assume nefarious inferences to your brand communication, no matter how innocent the intention. So make a habit of vetting your copy with the types of people who are most likely to take offense.

5. Starbucks’ #RaceTogether. Starbucks CEO Howard Schultz often wears his heart on his sleeve. While that’s great for Schultz as a personality, it’s not always the best for his company. In March, Schultz tried to spark dialogue about race in America by putting the words "Race Together" on its cups. The effort drew the wrong kind of discussion from a brand standpoint as critics pointed out the lack of 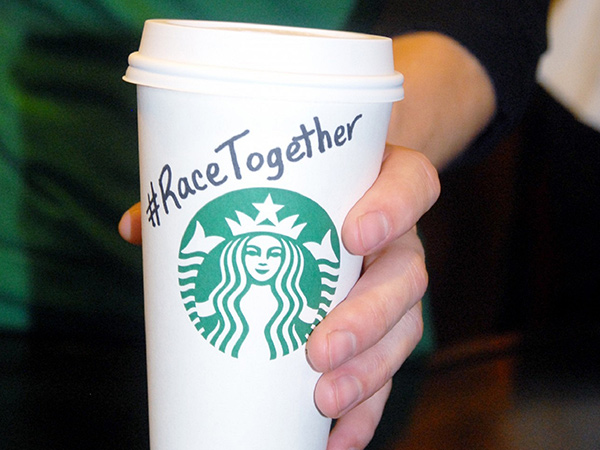 diversity within the chain’s executive ranks and the inappropriateness of a coffee company injecting race into previously innocuous conversations between baristas and customers.

The lesson: Retail establishments should stick to inoffensive topics like the weather rather than evoke one of the country’s most divisive issues. Of course, the issue did no damage to the brand or the company, whose stock price has risen about 10% since the campaign.

6. Amazon’s Prime Day. Amazon attempted to launch its own holiday, Amazon Prime Day, on July 15. The result? This was no Singles Day. Customers took to social media to complain that the advertised deals sold out quickly and there weren’t enough items on sale. "#Primeday is not Black Friday in July. It is April Fool’s Day in July," one Twitter wit quipped.

The lesson: If you create your own holiday, make it a good one, or you will draw the wrong kind of attention to yourself.

7. Amazon’s takedown in the New York Times. Sleepless employees haunted by midnight text messages. Executives regularly seen leaving meetings in tears. Workers receiving poor performance evaluations as they fought cancer. These were just a few unsavory tidbits highlighted in a New York Times expose in August. In response, many readers said they would no longer patronize the chain. As the holidays roll around, analysts don’t appear too worried about an Amazon defection.

Since the story ran, the company’s stock price has risen about 45%. Amazon rep Jay Carney also issued a stinging rebuttal on Medium questioning The Times’ sourcing and agenda. New York Times Executive Editor Dean Baquet lobbed his own rebuttal to that rebuttal, leading to a he-said, she-said narrative that muddied the waters.

8-10. FIFA/NFL/Fantasy Sports. All three sports organizations faced PR challenges in 2015 that have so far failed to topple any of them. In May, the U.S. Department, working with the Swiss authorities, raided a hotel in Zurich and charged FIFA’s top 14 soccer and 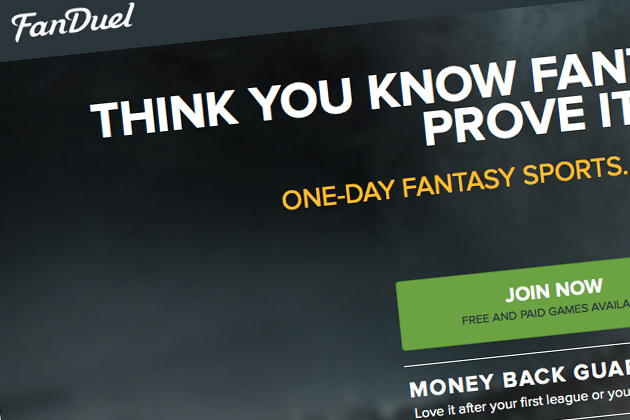 marketing execs with 47 counts relating to schemes dating back 24 years. The indictment led to a widely circulated tirade by professional jeremiad deliverer John Oliver and FIFA President Sepp Blatter’s suspension later in the year. While some say FIFA’s brand is now tarnished, others point out that the public always suspected such corruption. It remains to be seen how such sentiment will affect attendance, viewership and sponsorship of the 2018 World Cup in Moscow. The smart money is on "not at all."

The NFL, meanwhile, faced its own PR crisis that stretched through the 2014-2015 season after a video surfaced showing league star Ray Rice punching his then-fiancee (and current wife) Janay in the face and knocking her out. The league initially responded with a meager two-game suspension that it later extended after an outcry. Though the deservedly bad PR did nothing to affect viewership at all, it prompted the league to run a well-received PSA during the Super Bowl on the topic and to earmark millions to help domestic violence victims. In 2015, the league suspended Greg Hardy, who was accused of choking a woman and hurling into a pile of assault rifles, for 10 games, but later shortened it to four, leading some to question the NFL’s commitment to the issue. Such talk hasn’t affected ratings for NFL games this season.

Finally, in October, U.S. Attorney Preet Bharara announced it was probing the two top players in fantasy sports – DraftKings and FanDuel – over allegations of insider trading. After the controversy emerged, both leagues doubled down on advertising, betting that the scandal would help brand awareness.

Liar of the year

Brand apologies in the human era

Source: Subway won't have more to say on Jared Fogle