See what Absolut, Uber, Verizon, Unilever and T-Mobile are doing to support LGBTQ+ rights in June.

With Pride Month in full swing, brands across various industries are flying their rainbow flags high and celebrating LGBTQ+ rights in all different ways.

Here’s a quick snapshot of what five companies are doing this June to show their pride.

Verizon and PFLAG, the nation’s largest organization uniting families and allies with people who are LGBTQ, have teamed up to launch a campaign that features real people reconnecting with their families after coming out story didn’t go as planned.

"Last year, our Pride campaign was an emotional and celebratory journey featuring young adults coming out to their parents.  This year we’re continuing with that theme, but we wanted to show both sides. In reality, not all of these life-changing calls go as planned. It's still a difficult task for the person coming out and equally difficult for the family member to process and find the right words in the moment," said Andrew McKechnie, chief creative officer of Verizon.

Love Calls Back from V Team News on Vimeo.

The vodka brand’s #AbsolutPride campaign, which features well-known LGBTQ+ activists and voices - including Sasha Velour, Amanda Lepore, EJ Johnson, Jason Rodriguez, Alexandra Grey and more – focuses on fearless acceptance. The effort celebrates the history of the LGBTQ+ community, such as the pride marches of the late 80s, all the way through those who are carrying the torch for inclusivity and equal rights today. 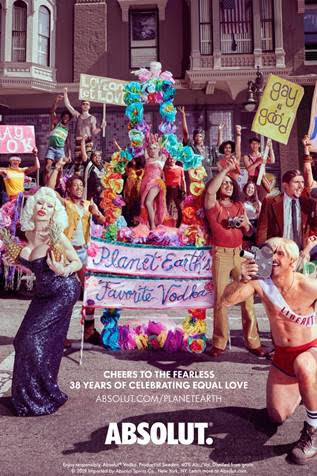 The "Pride Progress" initiative showcases real stories from Uber drivers and delivery partners about their experiences as members of the LGBTQ+ community around the world, including Berlin, Mexico City and New York. Sister Studios and Uber’s in-house creative production team worked together on the film and found local directors from the LGBTQ+ community to best bring to life each city’s unique vibe.

T-Mobile and Wattpad launch a write-a-thon

To celebrate the LGBTQ+ community and the history of Pride, T-Mobile and global online community Wattpad have teamed up on an effort that encourages people to share personal or political moments that changed their lives as an LGBTQ+ individaual or ally. For each Wattpad story tagged #UnlimitedPride, T-Mobile will donate $1 to GLSEN up to $10,000.

T-Mobile is also a presenting sponsor of Seattle Pride (June 30) and Houston Pride (June 22) and a top sponsor San Francisco Pride (June 30), with events and activations planned in each city. 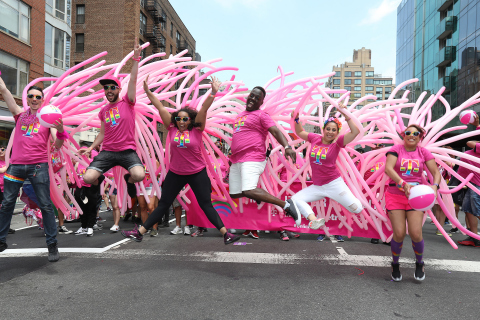 For its "United We Stand" effort, Unilever is handing the reins of its WorldPride sponsorship over to six New York-based organizations and six LGBTQ+ advocates to highlight the issues still affecting the community. Statistics prove that big issues still exist today, with 36 percent of trans people reporting that media representation of trans people has caused negative reactions from their family and friends. Additionally, the average life expectancy of a trans woman of color is 35, and one in four pre-teen suicides may be LGBTQIA+ youth.

Unilever’s Dove, Axe, Shea Moister, Vaseline, Suave and Schmidt’s Naturals are each partnering with non-profits and organizations to work toward equality and help them stay on the frontline of LGBTQ+ rights.

Ketel One launches brand campaign in time for Emmys

The path for brands looking to own their disruption

Are we there yet? FCB associate art director says 'support is only getting us so far'