Outdoor campaign is running across the UK.

Team GB has partnered Ocean Outdoor to showcase Britain’s Olympic efforts through the years in the absence of this year’s Tokyo Olympic Games, which has been postponed to 2021 due to the coronavirus pandemic.

Created by Ocean, “One year to go” features archived Olympic footage from between 1992 and 2016 to highlight the efforts of Team GB throughout the decades.

It launches on Saturday (1 August) with swimmer Becky Adlington’s gold medal-winning freestyle race at the 2008 Beijing Olympics, and will run until the following Sunday.

Other landmark events to appear on the screens include Andy Murray’s win against Roger Federer in the tennis during the 2012 Games in London and Jessica Ennis’ heptathlon Gold, which took place during the same year. 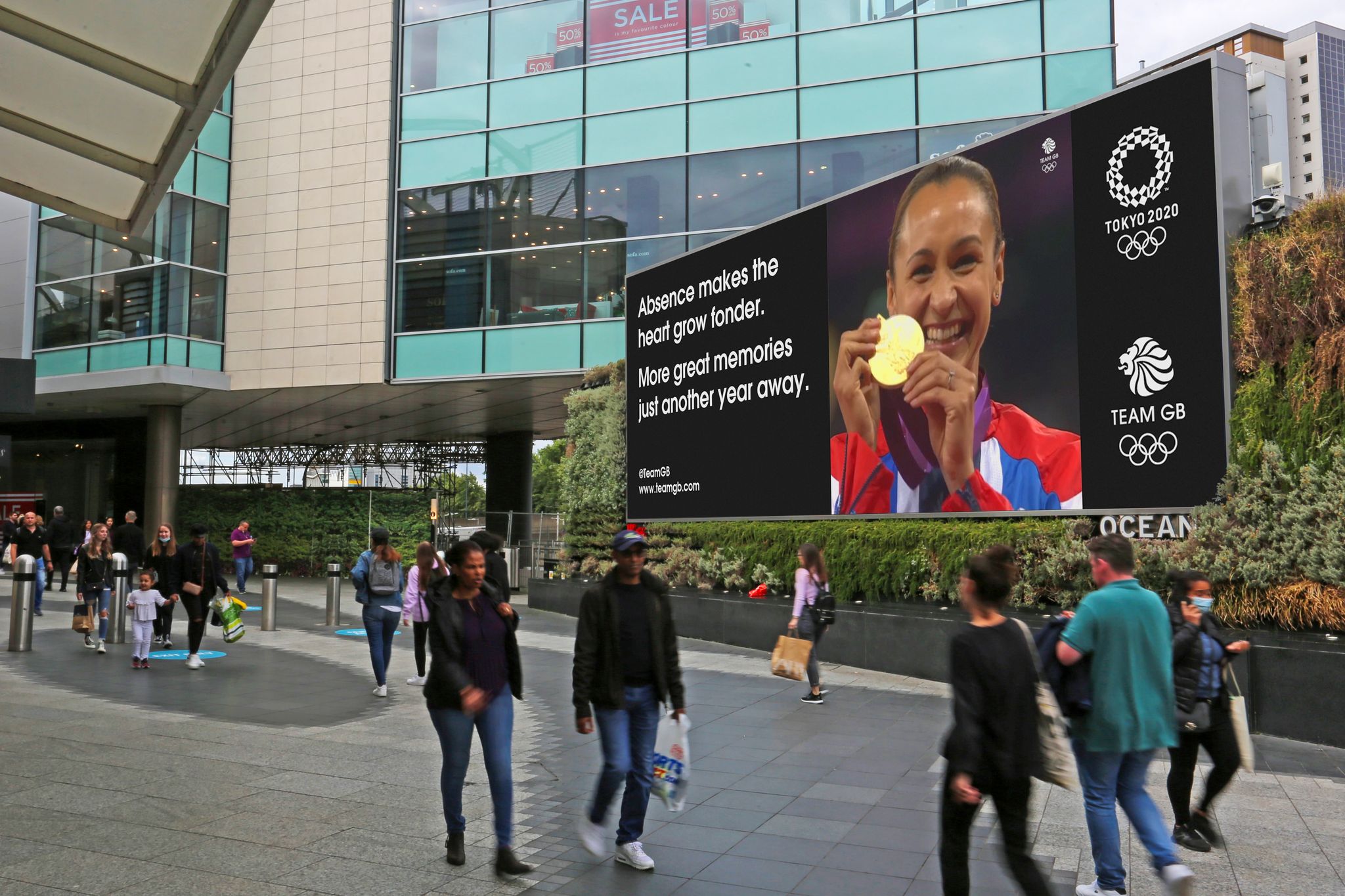 Ed Jones, head of marketing at the British Olympic Association, said: “We're really excited to be working with Ocean on this campaign, it represents a great opportunity to deliver our 'One year to go' message at scale and highlight the role Team GB plays in bringing the nation together.”

Archived material is also set to appear on Team GB’s social-media platforms alongside “I am Team GB” – an initiative created in partnership with Toyota GB, which aims to keep the public active through a range of athlete-led challenges.

This comes alongside a podcast entitled The Moments that Made Me, which features Olympic athletes and is intended to improve fan engagement.

Digital now more than half of global adspend

Live sport at the crossroads: fan engagement in a post-Covid world

'An avalanche that can't be controlled': IOC urged to rethink Olympics protest ban

How out-of-home is battling through the Covid-19 crisis