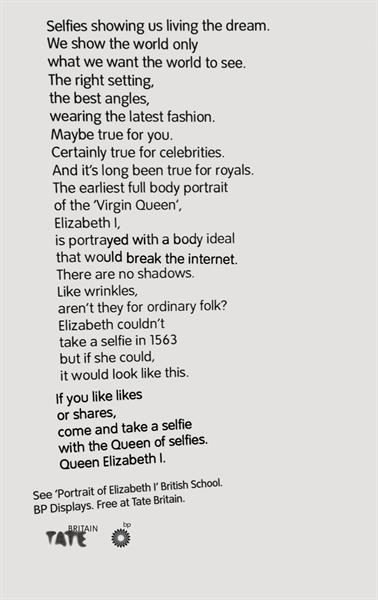 The long-copy ads tell the story behind several works of art in the Tate’s BP collection – a portrait of Elizabeth I, Sir John Everett Millais’ Ophelia and Francis Bacon’s 1972 Triptych. They were written by Pete Gatley, Jonas Roth and Rasmus Smith-Bec. Each poster picks an angle and then elaborates on it in an attempt to pique the interest of new audiences. The ads will run as posters on the Tube and will be given away as postcards inside the Tate.

Orbitz urges LGBTQ+ community to 'travel as you are'

Wix takes a jab at WordPress in 'You Deserve Better' campaign

Google vaccine ad is a hopeful look at post-pandemic life