A golden summer of women's sport has not shifted the investment gap and not enough big brands are investing, but it is time for change.

Women’s fitness is big. A combination of significant spending power, a bunch of clever brands harnessing the potent elixir of tribal behaviour and the never-ending pressures of the 24/7 social media merry-go-round has unlocked something powerful within those carrying XX chromosomes.

Of course, everyone’s at it, not just women. But that leads me to question why, despite the leaps and bounds that have been made in media and broadcast coverage over the last few years, is women’s team sport still struggling to gain the mainstream cultural traction and support that men’s has enjoyed for years?

Apart from the glaringly obvious catching up it’s had to do – not least the FA’s 50 year ban on women’s football - there are some other obvious screamers.

At the top, big sponsorship of women’s teams is still in the last century, both in terms of cash sums (0.5% of all commercial sponsorship, when I last checked) and creativity.

There’s still something in footballer Eni Aluko’s comment last year when she said that "most brands don’t see it as their responsibility to grow women’s sport."

The point is that to get the investment, both in money, time and interest, there are lots of things that need to change. But the big ticket challenges for infrastructure aside, there are some cultural shifts that need to happen to help create noise around women’s team sport. Such as the understanding and removal of barriers to participation, because we know that across the board in sport, greater participation raises standards, creates success and inspires the next generation. And the brands we work with can help to change that.

Breaking down the barriers

Secondary school is a pivotal point for most girls and it’s where we see the most drop-off, from around the age of 14. Among others, two key reasons for this are the perceived social stigma and a lack of positive role models available to them. Even then, if girls do survive the sporting gauntlet through adolescence, there’s a lack of funding for their teams at grassroots level.

So it’s a complex situation, and one without a quick fix.

However, as a communications industry, when we have brand partners willing to invest in this area, there are some responsibilities that we can and should commit to.

While studies show that women prefer working as part of a team, there is also a misconception that they shy away from competition. The Women’s Sport and Fitness Foundation discovered that it’s not actually competition we shy away from; quite the contrary. It was other people’s negative behaviour traits in competitive situations that were the turn-off; like being argumentative and aggressive.

Let’s consider that when we’re picking the next influencers for a campaign.  Which behaviours are we championing when we’re reaching out to young people? We should be mindful that, not only does being competitive take many forms that don’t equate to aggression, having a competitive nature in itself should be celebrated.

Beyond 'guts and glory'

A recent UEFA study shows that teenage girls who play football report higher levels of self-confidence than those that don’t. And England Netball conducted research that showed that what keeps women playing is loyalty and being part of a team. Players describe the sport as being ‘part of who we are’.

We should use the benefits of team sport as and when girls need it. We should be challenging our clients to do more to explore what ‘team’ means in today’s landscape.  There is more to it than guts and glory.

Healthy influencers come in all shapes and sizes and they’re everywhere, from self-made Insta stars to top-flight athletes. And with the recent successes of the Euros, the Solheim Cup and the Women’s Cricket and Rugby World Cups, there is a wealth of incredible stories to tell.

But where fitness (and in particular the ascent of ‘athleisure’ as a marketable commodity) has managed to bridge wellness with culture in its comms – think model Karlie Kloss for adidas and artist FKA Twigs for Nike – women’s team sport could really do with a dose of pop to cut through to young women. 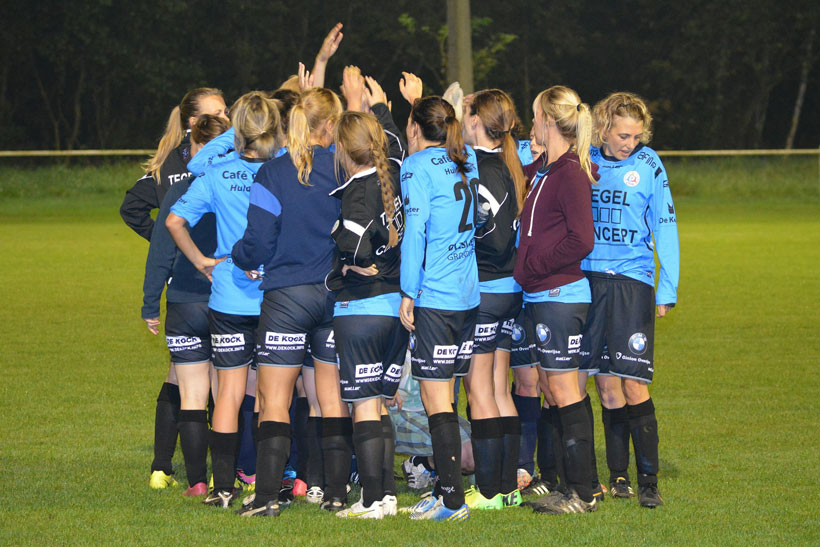 Our role as marketers and brand experts is to help clients to be brave enough to get behind a truth; that many women do care about perception, image and about all of the other interests that define them. Being fit, strong and competitive and being into fashion/music/art/entertainment don’t have to be mutually exclusive pursuits. Let’s be relevant, bring sport and culture closer together and the crowds will follow.

There are also too many lazy prejudices in how women’s sport is portrayed. That it’s not as good as men’s. Firstly, sporting skill is not innate, it’s mostly learned, practised and paid for. And it’s widely acknowledged that women’s football, for example, is played at a different pace but with its own quality brand of skill and positivity. Or that women’s sport is not as exciting. Name me a cricket match with more tension than England’s nine-run win against India in the World Cup Final, where fans were queuing around the block to be a part of it?

Instead of only aiming for politically correct equality, why don’t we also actively champion what’s different about women’s sport in our creative thinking and the imagery that we put out there? There isn’t enough emphasis on what is fresh, different and exciting about it.

Women are built for childbirth, so trust us when we say we have a deep understanding of what it takes to be strong. Not everyone has to prove they’re a ‘warrior’ with slogans and badges. We have a responsibility as storytellers to make it all more interesting than that.

So back to Eni’s point; it may not be brands’ sole responsibility to develop women’s sport, but wouldn’t it be refreshing if we saw less campaign manifesto films and more action? That way we might actually make a difference.

I’d like our work for brands to get so many women and girls wanting to play that it becomes impossible for clubs, sponsors and the media to ignore.

Some great strides have been made over the last few years, but for the women training hard and sacrificing so much for their sport, the lack of big brands at the table representing is just not good enough.

Women's sport: a chance for brands and agencies to go for gold