Talks of the day: It seems like today was the day of robotics and AI. There were three fantastic talks today, and it would be remiss to leave any out.

Vint Cerf: An internet for and by the people 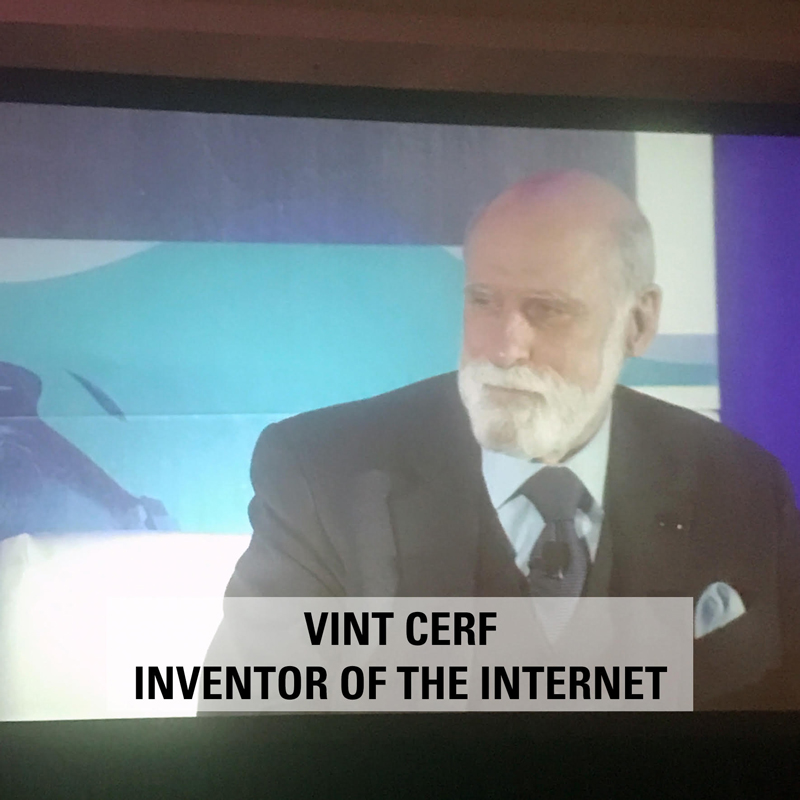 First up Vint Cerf. He is to the internet what Tim Berners Lee is to the World Wide Web. He is funny, charming, and has the quote of the day: "I didn’t have the internet until I was 28, and I had to invent it". Which he did, with a number of other friends who originally came together when they launched their high school maths club. A great insight into his life, and his passion for connecting the unconnected around the world through his people centred internet project. Working on projects to "connect the under and unconnected" and on the connectivity declaration myself right now,  it was exciting to see his point of view on the approaches to take to make sure it happens in the right way. 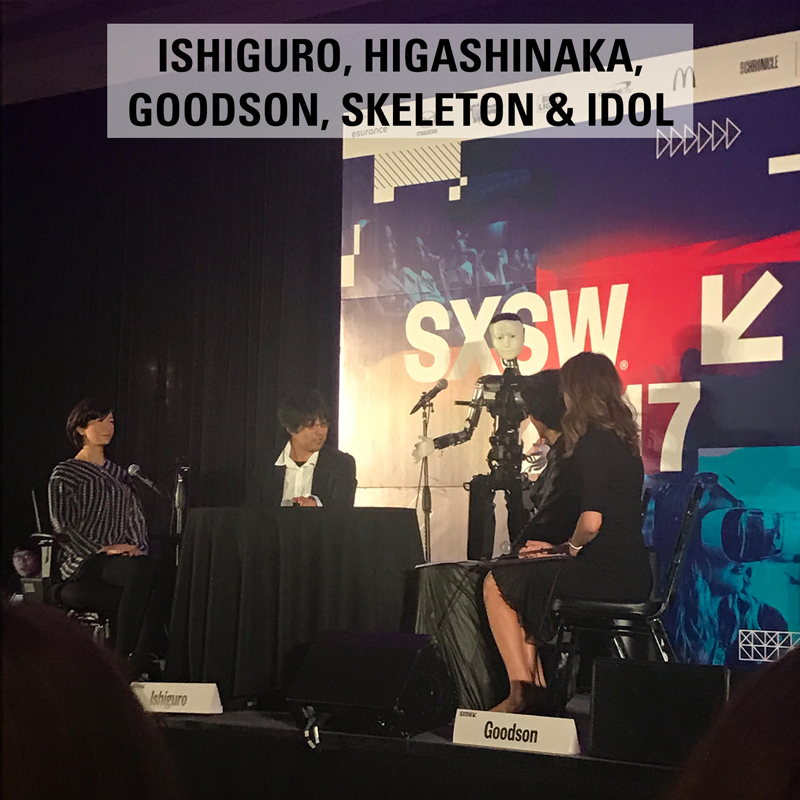 Secondly, The awesome robot rockstar, Professor Ishiguro, spoke for the second year running. Or actually didn’t speak that much, as his robots did most of the talking. Showing off both the Uni of Osaka and NTT’s natural conversation software, we watched the robots converse with each other and the human speakers on everything from sushi vs ramen to whether a human life is valued above all else. Thought provoking and eye opening. Early stages (the robots converse freely in a conversational and topical walled garden right now) but I think we had a glimpse into the future here.

Kate Crawford: Dark Days: AI and the rise of fascism 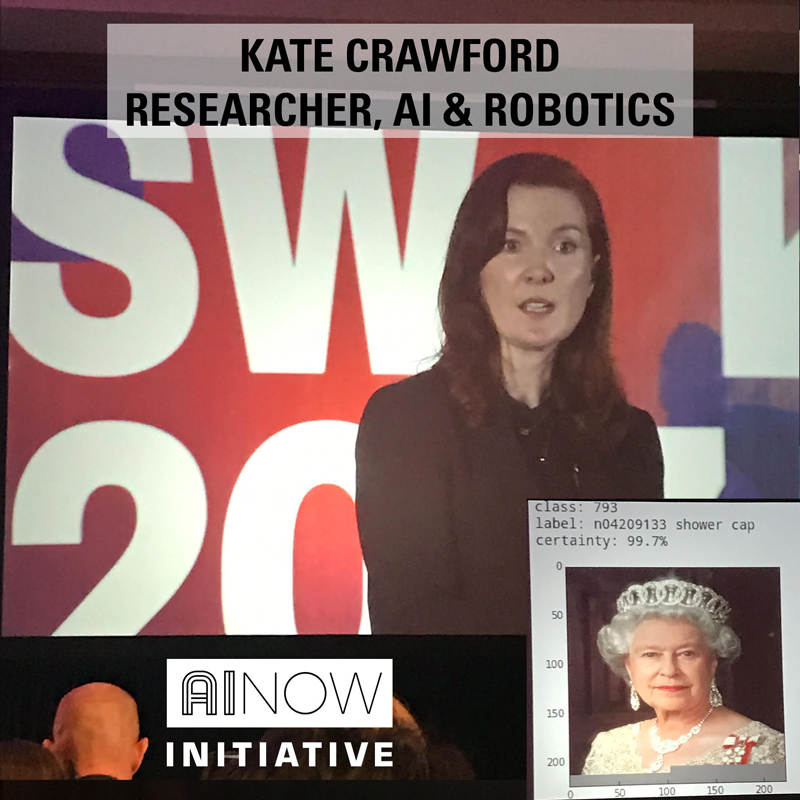 Finally Kate Crawford, not only one of the most respected AI and robotics researchers but also a very old friend from my heady uni days in Sydney, where we geeked out together. Who controls our data? Who programmes the AI that is used in everything from policing borders to approving your mortgage? Does the increasing reliance on AI and profiling (everything from soft health data to China’s Social Credit Score) not only create systems with unintended consequences but also absolve governments from accountability? Will we hear more of "the algorithm did it" and less of our governments taking responsibility? Does this incredible power with no accountability equate to fascism? This was a dangerous, challenging dialogue considering the US right now. Kate has just formed AI NOW – a research initiative working across disciplines to understand AI's social impacts. From rights and liberties to labour and automation, these conversations need to happen now. We need to build the AI and data future we want. She’s calling for researchers and developers to help. I’d get in touch.

Fun of the day: The Poke x WEBBYS party wasn’t in its usual spiritual home this year, but they threw a brilliant bash in the afternoon, with a Mariachi band and a "knighting" for one of the US' only MBEs, Fred Schmidt (who helped establish the original Hackney House, twinned Hackney Borough with Austin and has done incredible work in promoting us on the US stage). The rain even held out for us.

Experience of the day: In the talk on Artificial Improvisation, the worlds of improv theatre and robotics collide in robot comedy theatre. The talk itself was incredibly interesting – exploring how improv and engineering can feed off each other to come to more interesting discoveries and ideas around things such as emotional AI. Seeing live improv theatre between human players and robots was the best bit of the talk though. Loving how the slight randomness and failure of robots to do what’s expected can be used by talented improv artists to turn a story in a totally new way that makes sense.

Swag of the day: 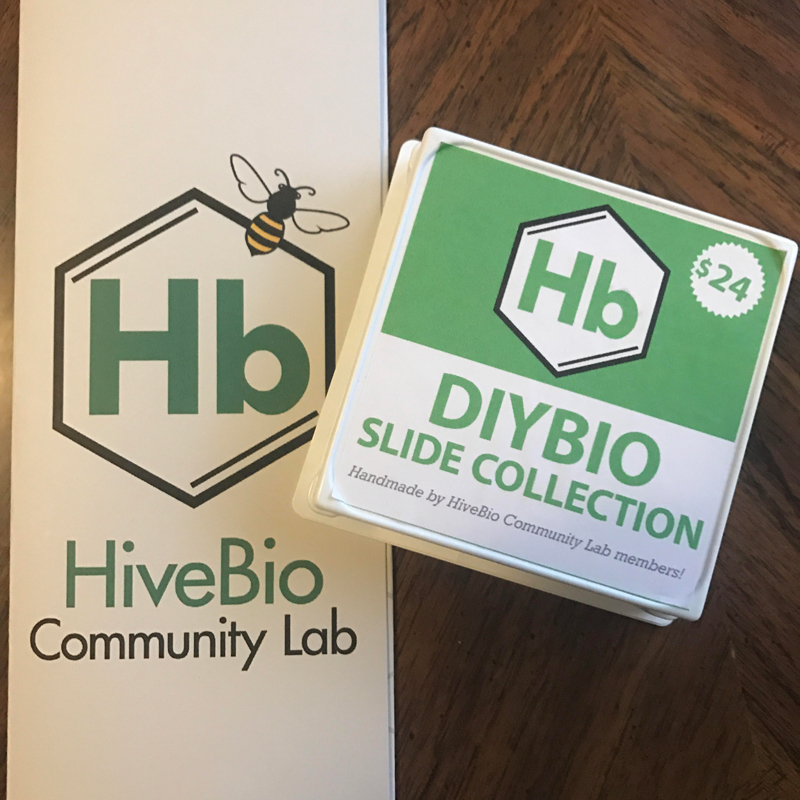 Over at SXSW Create, the maker and kids venue, I came across a new kind of maker group focussed on biology rather than the usual engineering. From "Extract the DNA of a Strawberry" kits to "Make Your Own Microscope", BioHive had plenty to offer the throngs of primary school kids that were there, and those of us grown ups who still love playing science.

We need to talk about China

A CMO's view on whether SXSW lives up to the hype

From internet to splinternet: why there's something wrong with the web

Is the govt doing enough to promote the UK tech industry?

With the right brand-led thinking, Britain's tech scene can have a vibrant future