The sixth edition of the Women, Power, and Money study, conducted by FleishmanHillard, Hearst Magazines and Ipsos MediaCT, found that in 2014, women were more concerned about privacy in commerce and on social media than in years past and that 66% of women in the United States and United Kingdom had taken steps to safeguard their privacy online. 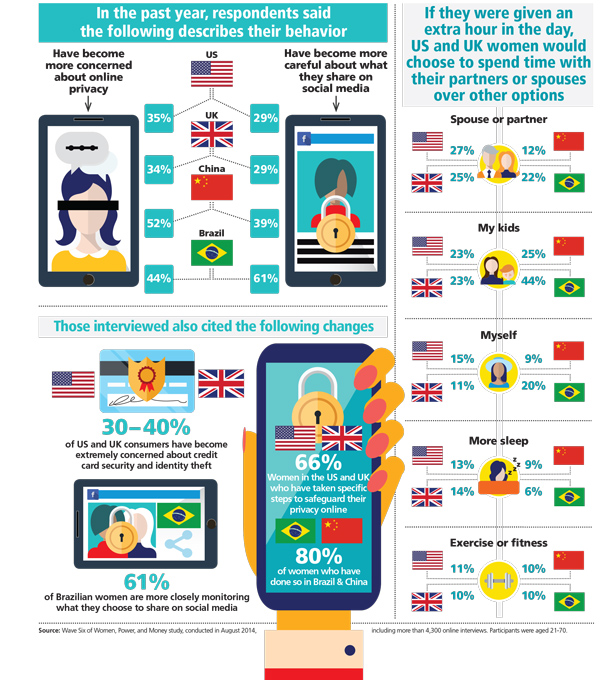 Trend/countertrend: The rise (and simultaneous fall) of gender norms

Can female-focused marketing make a comeback?